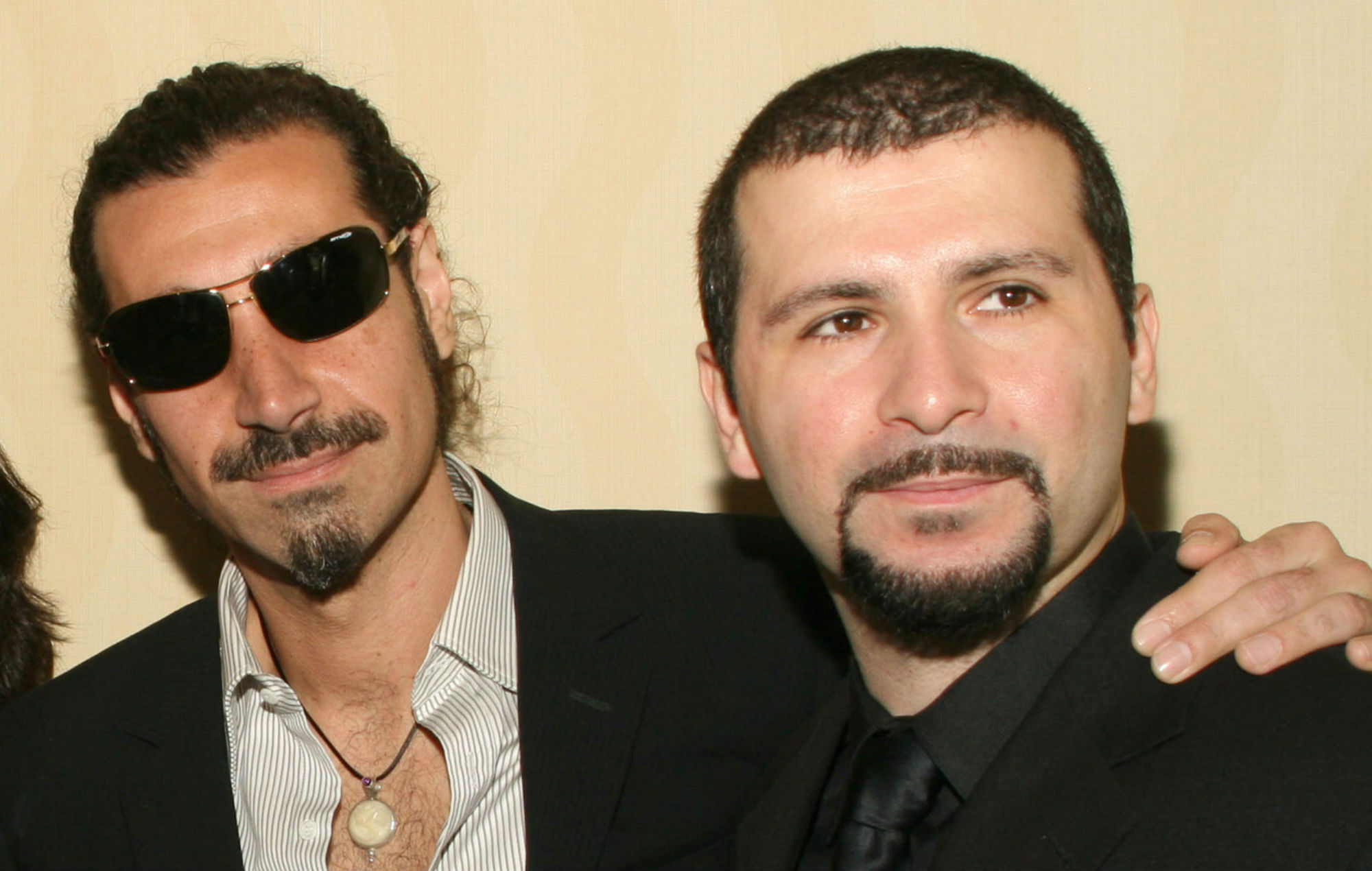 The drummer of System Of A Down has insisted that singer Serj Tankian doesn’t speak for the whole band on politics.

John Dolmayan told the Deviant Gentlemen Podcast on Monday (September 28) that his views, which are ideologically opposed to Tankian’s, should be freely on display for fans of the band.

“If you think that Serj is the mouthpiece of the band, which he is as far as vocally but not necessarily for ideology, then you have nowhere to go,” Dolmayan told the podcast. “So I wanted to present a different view and to give kids out there who think differently and who are critical thinkers, not necessarily following the norm, that there is a different option, you can think differently and that it’s okay to have diversity of opinion as long as it’s done peaceably”.

Dolmayan was responding to the hate he received online in June for expressing his support for Donald Trump, whom he claimed is “the greatest friend of minorities” and “the most attacked president in history”.

Let’s not let the narrative that’s being spun make us forget the truth of this statement. The most attacked president in history yet the greatest friend to minorities! Don’t believe it ? Look at the stats . Don’t like it , doesn’t change the truth of it.

Tankian came to his bandmate and brother-in-law’s defence in June, saying that despite their political differences, he still respects him. “The amount of online hate and stupidity against him and I are unjustifiable,” Tankian wrote.

Dolmayan also told the Deviant Gentlemen Podcast that he is more “open-minded” than his past comments have likely painted him to be. “I have a very open mind about things. I don’t think it comes off that way always on my Instagram posts, because usually when I’m posting that, it’s in the heat of the moment – something has upset me. And at the end of the day, these are my opinions.”

But he added that he will “never oppose” people’s “right to voice their opinion”, even if he disagrees with them, and urged that System Of A Down fans ought to know the varying political makeup of its members.

“One of the reasons why I put up these posts is because System Of A Down has a legacy of being left-leaning, which isn’t always the case. Serj, of course, is responsible for the lyrics, but they didn’t always represent the band in the way that we maybe wanted [them] to. There’s four individuals in the band. I don’t speak for any of the individuals except for myself, and neither does Serj,” he said.

“But because he had that platform of writing lyrics, the perception was out there that that’s how the band felt at all times, where I don’t even think Serj necessarily felt those ways at all times. You’re supposed to have diversity of opinion even within your own mind, and you should judge things based on information that’s presented to you.”

He continued: “A lot of those lyrics I did agree with at that time – for example, reforming the prison system. Some things Trump has actually done. I just don’t believe it’s quite as ‘black and white’ as we’re led to believe it is, that if you don’t have an open mind about things and if you don’t delve into the reasons things are happening and kind of discover things for yourselves, and you just say ‘Okay, I’m a Republican’ or ‘I’m a Democrat, and that’s what I’m gonna be for the rest of my life,’ you’re doing yourself a disservice.

“One of the main reasons and primary reasons I get myself into a lot of trouble and do myself no favours by posting the things I post, because they’re not popular views, but one of the reasons I do it is because if you’re a System fan, and you enjoy the music, you enjoy some of the lyrics…and by the way, only about 12 per cent or less of our music is political in origin anyway…there’s a lot of lyrics that are social, they’re about love interests, they’re about your life, they’re about calamities that take place, and some of them are just fantasy.

“And a lot of that stuff is taken out of context as well. But if you’re a System fan and you gravitate towards the music, you enjoy the music, but you don’t necessarily agree with the perceived message, well, where do you go?”

Elsewhere in the interview, Dolmayan spoke of a “derangement” regarding Trump and that the vilification of his character “has taken away some of that common decency, has taken away the ability for people to have their listening ears on and just taking things for what they are”.

Tankian, meanwhile, has called on Trump to resign, comparing him to the other “corrupt undemocratic leaders” of the past, and slammed the president’s handling of the coronavirus.