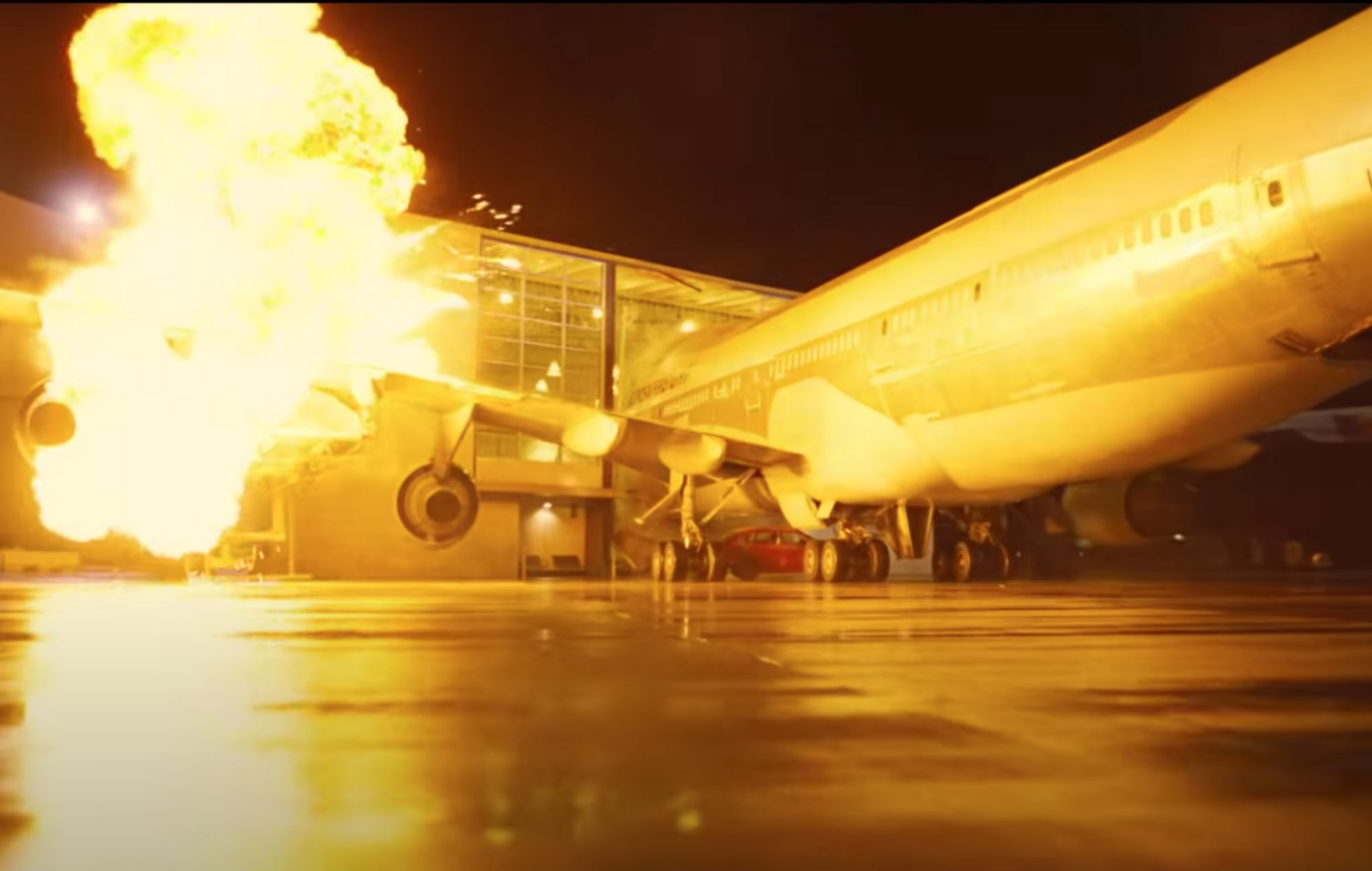 Christopher Nolan crashed a real plane into a building for one of Tenet‘s most exhilarating sequences, star John David Washington has revealed.

The crash is briefly teased at the end of the latest trailer for the spy thriller, which remains shrouded in mystery ahead of its cinematic release this summer.

Washington, who plays the film’s unnamed lead, told CinemaBlend that the entire crew cheered when Nolan captured the epic shot.

“That was a real plane, and that was a real building that they crashed that plane into,” he said. “And we, cast and crew, all witnessed it. It was epic! It was incredible, we all cheered and hurrayed and hurrahed when they yelled cut after Chris felt like he got it. What you saw is really what happened – at least the night I was there.”

It is the latest high-stakes sequence to be shot by Nolan, having previously crashed a rig in The Dark Knight and filmed intense aerial battles using real aircraft for Dunkirk.

Tenet‘s latest trailer arrived last Friday (May 22) and confirmed that John David Washington will play a secret agent who is tasked with stopping World War Three.

An official synopsis confirms: “John David Washington is the new protagonist in Christopher Nolan’s original sci-fi action spectacle Tenet. Armed with only one word – Tenet – and fighting for the survival of the entire world, the Protagonist journeys through a twilight world of international espionage on a mission that will unfold in something beyond real time. Not time travel. Inversion.”

Tenet is currently set for release on July 17, and is set to be one of the first big films to hit cinemas when they eventually re-open after coronavirus.