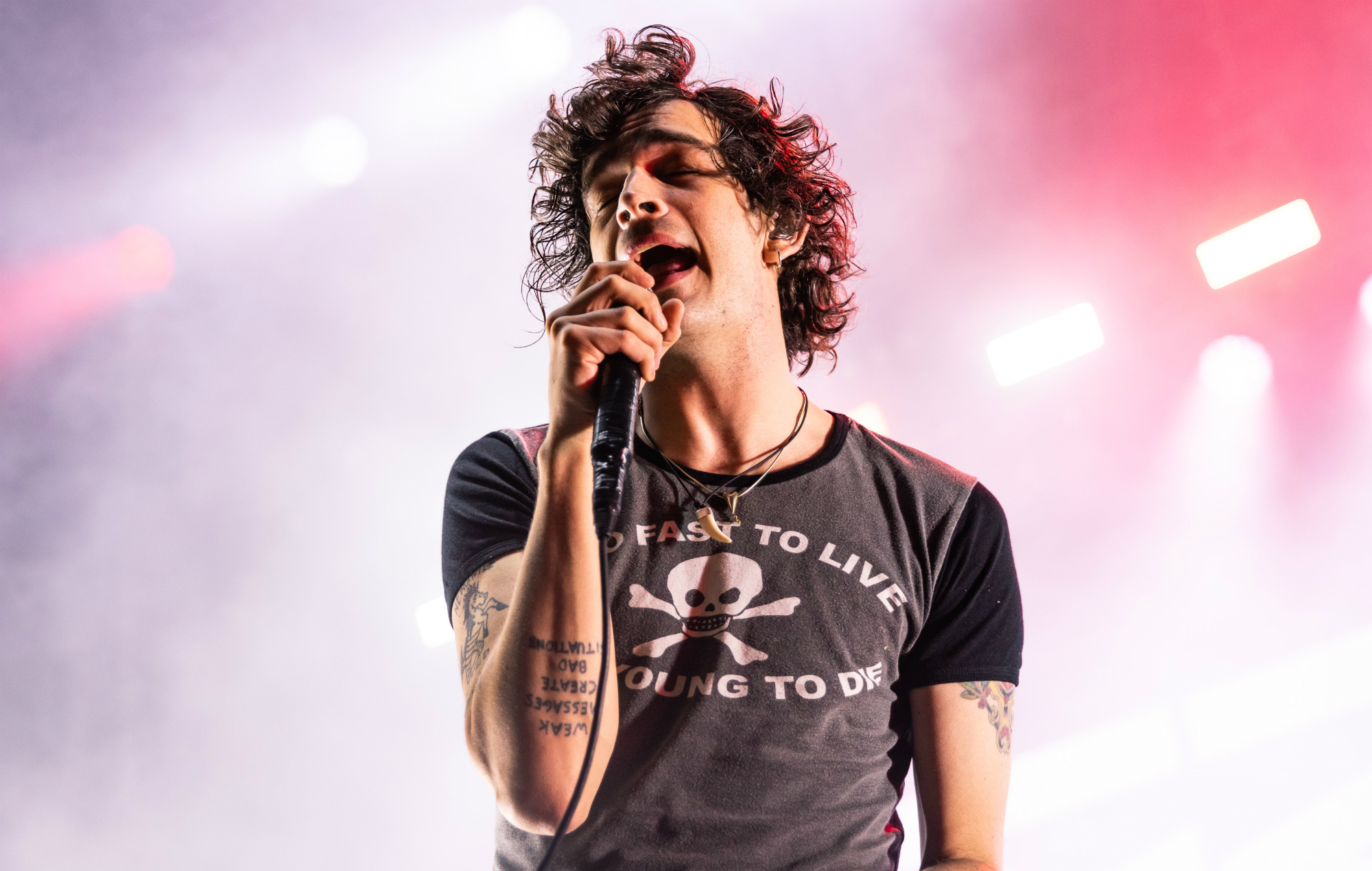 The 1975‘s Matty Healy and George Daniel went on the Song Exploder podcast this week to deconstruct ‘The Birthday Party’ from their latest album ‘Notes on a Conditional Form’.

Healy spoke about how the track was a rare example of the band writing the arrangement together, rather than Daniel or him coming up with the idea in its entirety.

The pair also shared iPhone recordings of early acoustic versions of the song – listen to the full podcast below.

Healy explained that he wrote the song at the end of a relationship, after relapsing for the first time since coming out of rehab.

“Everything felt like it was drawing to end in a natural way. You put it into a song and it becomes romantic and exciting, but all those things are boring and sad in reality,” he said.

“I try and make art out of the boring, sad parts of my life, because it’s better than them being boring and sad.”

Healy continued, describing the track as trying to emulate a series of conversations at a house party.

“It’s about being my age, which isn’t old and isn’t a teenager, and just reflecting on the nuances of what it’s like being that age. Some people are still emotionally immature, some are moving further away into adulthood and you are,” he said.

Daniel also revealed the “female” vocoder-sung lines were originally meant to be sung by a choral of women, but they stuck with the demo sung by Healy.

“First it was funny, then it was the best thing,” Healy said.

The 1975 released ‘Notes on a Conditional Form’ in May after several delays. Last month, the band launched an online exhibition showcasing videos inspired by various tracks from the album.

The 1975 also recently announced their rescheduled European tour dates for 2021. The shows have been postponed twice due to the coronavirus crisis, and will now take place throughout February and March next year.

The band have also shared a new 2021 date for their huge London headline show in Finsbury Park, where they were set to be joined by Phoebe Bridgers, Pale Waves and Beabadoobee in July.

The post The 1975 deconstruct ‘The Birthday Party’: “I try and make art out of the boring, sad parts of my life” appeared first on NME Music News, Reviews, Videos, Galleries, Tickets and Blogs | NME.COM.