‘The Book Of Boba Fett’ episode one recap: the bounty hunter’s big escape 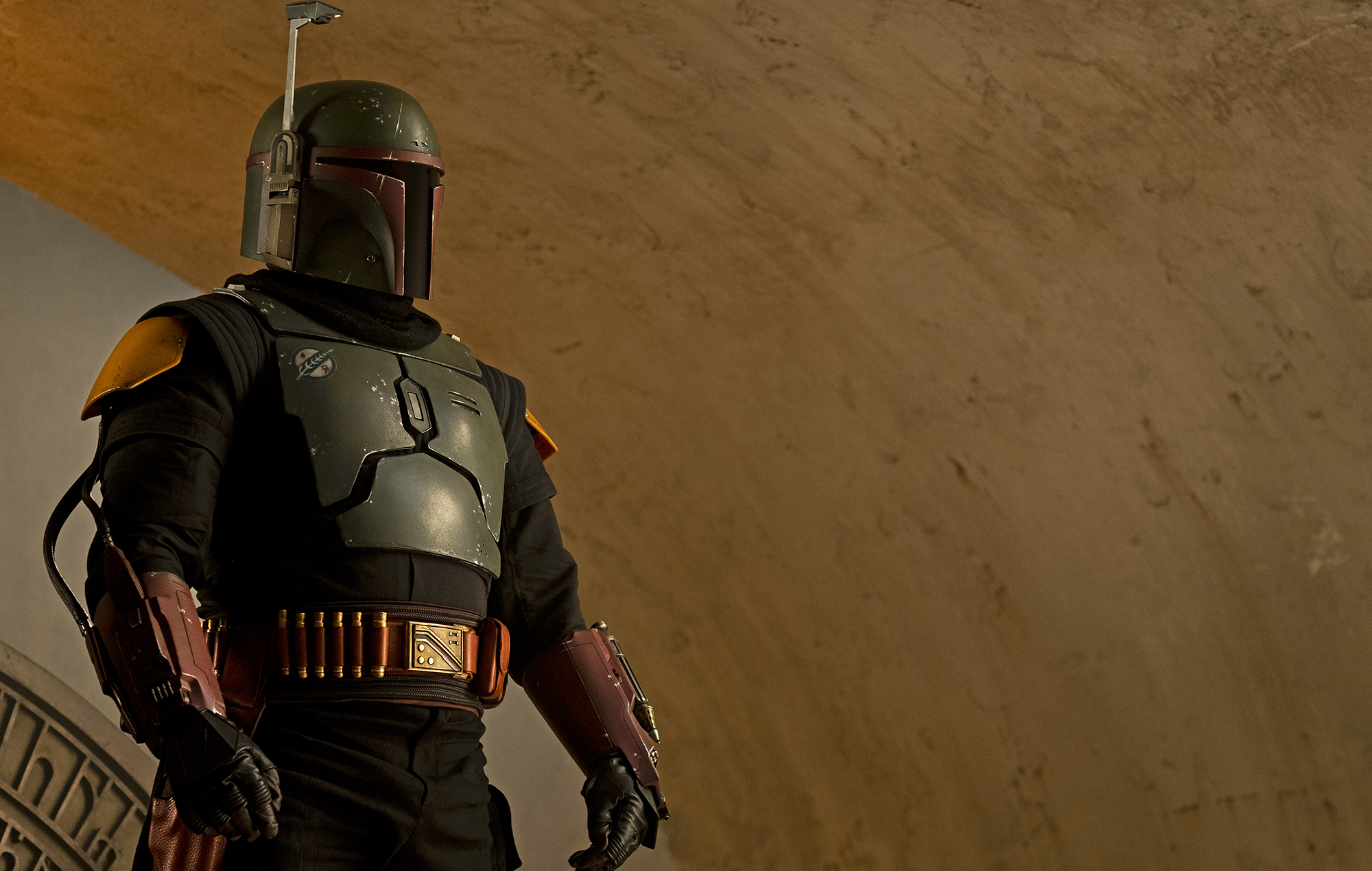 So where were we? Last year’s Mandalorian finale left plenty of threads hanging – with Bo-Katan setting her sights on the darksaber, rumours of Grand Admiral Thrawn swirling, and Baby Yoda getting carried off to Luke Skywalker’s Jedi school (presumably to get bullied by little Kylo Ren). While Mando’s story will continue in season three, and Ahsoka’s will branch out in her own spin-off, Boba Fett was the one who got the end-credit sting to set up the next big stand-alone Star Wars series – a dusty gangster western with a view to righting the wrongs of the coolest bounty hunter in the galaxy.

Last time we saw Boba (Temuera Morrison) he had just killed local crime lord (and ex-Jabba The Hutt lackey) Bib Fortuna to seize the throne of Tatooine’s underworld alongside Fennec Shand (Ming-Na Wen). The fallout from that power grab looks likely to shape the rest of the new seven-episode series, but before we get there – it’s time for a quick history lesson.

Before The Mandalorian, and before George Lucas’ early noughties trilogy, Boba Fett was a bit of a joke. Easily everyone’s favourite background character in The Empire Strikes Back, Boba had a cool jetpack, he beat Han Solo, and he looked like a total badass – but his only real action scene in Return Of The Jedi saw him comically killed off without really doing anything. Director Robert Rodriquez brought Boba back to life in The Mandalorian’s ‘Chapter 14: The Tragedy’, so it’s only fair that he picks up his backstory again here to show us what actually happened in-between.

Sleeping in a water tank in his new gangster palace, Boba dreams about the good old days. Accidentally knocked into the mouth of the Sarlacc by a blind Han Solo (the shame of it…), Boba found himself being slowly digested inside the stomach of a giant sand squid. Worming his way through the monster’s innards, he manages to suck a bit of air out of a stormtrooper helmet before using his flamethrower to burn his way out. Exhausted (and partially digested), Boba loses his armour to a gang of Jawas before being knocked out and dragged off by Tusken Raiders.

There’s no dialogue at all in the first 10 minutes of The Book Of Boba Fett, and Rodriquez makes everything look like a sparse Italian western from the 70s – returning to Boba’s big escape throughout the story to show him slowly recovering his strength before earning the respect of his captors in a great fight with a lizard monster. Rewriting the history of Boba’s stupid death is a big deal for Star Wars fans, but this backstory also gives us an important insight into where his head is at now that he’s in charge of his own crime empire.

Back in his new palace, Boba listens to tributes from the locals keen to pay their respects to the new “Daimyo” – gratuitously accepting gifts from some, and wisely playing the long game with others (the local mayor is clearly going to be a problem…) Far from the ruthless bounty hunter we’ve seen in the past, Boba is now all about making smart managerial decisions – choosing to spare two rogue Gamorrean guards and winning some essential topless pig-man backup when he needs it.

Ambushed in Mos Espa after a slightly suspicious meeting with local bar owner Garsa Fwip (Jennifer Beals), Boba and Fennec fight off a band of ninjas with the help of the pig guards and drag one goon back to the palace for questioning. Were they sent by the mayor? By Fwip? Mos Espa seems to be full of shady characters who want Boba’s throne, so the list of culprits is likely to be pretty long. Part Game Of Thrones, part Sopranos, part Sergio Leone epic, one episode in The Book Of Boba Fett has already improved Return Of The Jedi and given Star Wars back its best bounty hunter. Not a bad start at all.

The post ‘The Book Of Boba Fett’ episode one recap: the bounty hunter’s big escape appeared first on NME.