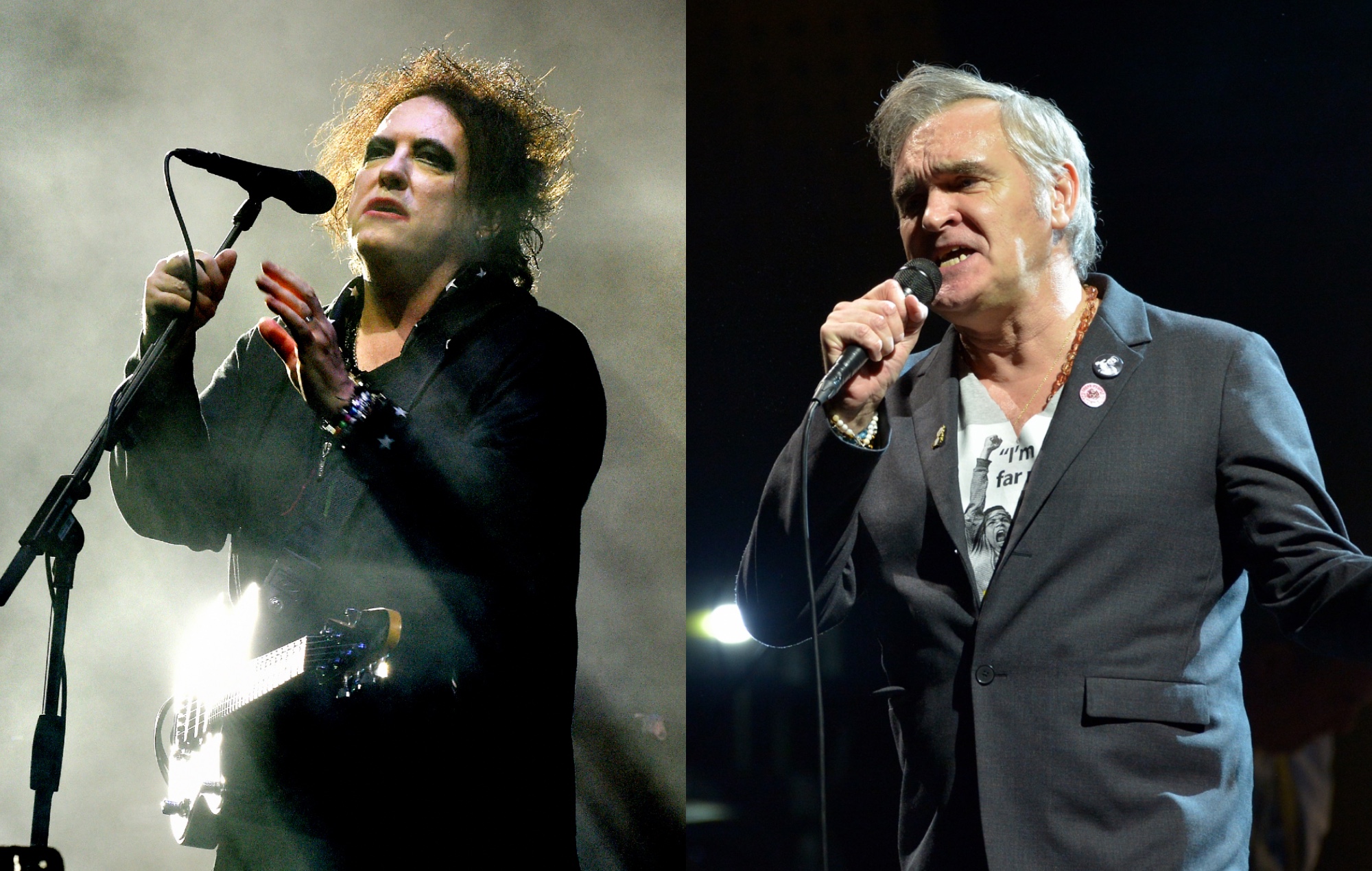 The Cure frontman Robert Smith has addressed his history with Morrissey and The Smiths, labelling their disagreements an “imaginary feud that happened 20 years ago”.

Smith spoke to The Sunday Times‘ writer Jonathan Dean recently, in a joint interview with CHVRCHES‘ Lauren Mayberry. The pair mainly discussed their collaborative single ‘How Not To Drown’, however, Dean took to Twitter to share outtakes that didn’t make the final published interview.

One outtake posted yesterday (June 13) sees Smith discuss his ongoing tension with Morrissey and how, according to Dean, the internet “he felt that the internet was spiralling their spat out of control”.

Read the full paragraph below.

NEXT! Robert Smith on Morrissey and The Smiths, and how he felt that the internet was spiralling their spat out of control pic.twitter.com/pKAEy4vTqv

“With Morrissey, I got a flurry of [backlash from the public]. And I thought, ‘what does it matter?’ This imaginary feud that happened 20 years ago,” Smith stated.

The alleged war between Smith and Morrissey spans back to the 1980s after Morrissey called Smith a “whingebag” in an interview with The Face. The Cure frontman then retaliated by saying “Morrissey’s so depressing if he doesn’t [off] himself soon, I probably will,” according to Far Out Magazine.

This back-and-forth continued on for another two decades, with Smith describing their history as a “petty feud” in a 2004 interview with US magazine Entertainment Weekly.

“I didn’t really like The Smiths particularly,” Smith admitted to Dean. “They were competition for a very brief period. But more than that, I didn’t connect with it. I didn’t dislike them on a personal level – I didn’t know them.”

“It never really got to me and then in later years it was this set up and I thought ‘why?’ And so since then I’ve realised how easily these things can spiral because people want it to be something. They’re desperate for it to be some sort of soap opera.”

Elsewhere in The Times’ interview, Robert Smith revealed he thinks The Cure’s next album will be their last.

“The new Cure stuff is very emotional. It’s 10 years of life distilled into a couple of hours of intense stuff.” Then adding: “And I can’t think we’ll ever do anything else. I definitely can’t do this again.”

The post The Cure’s Robert Smith addresses “imaginary feud” with The Smiths appeared first on NME.