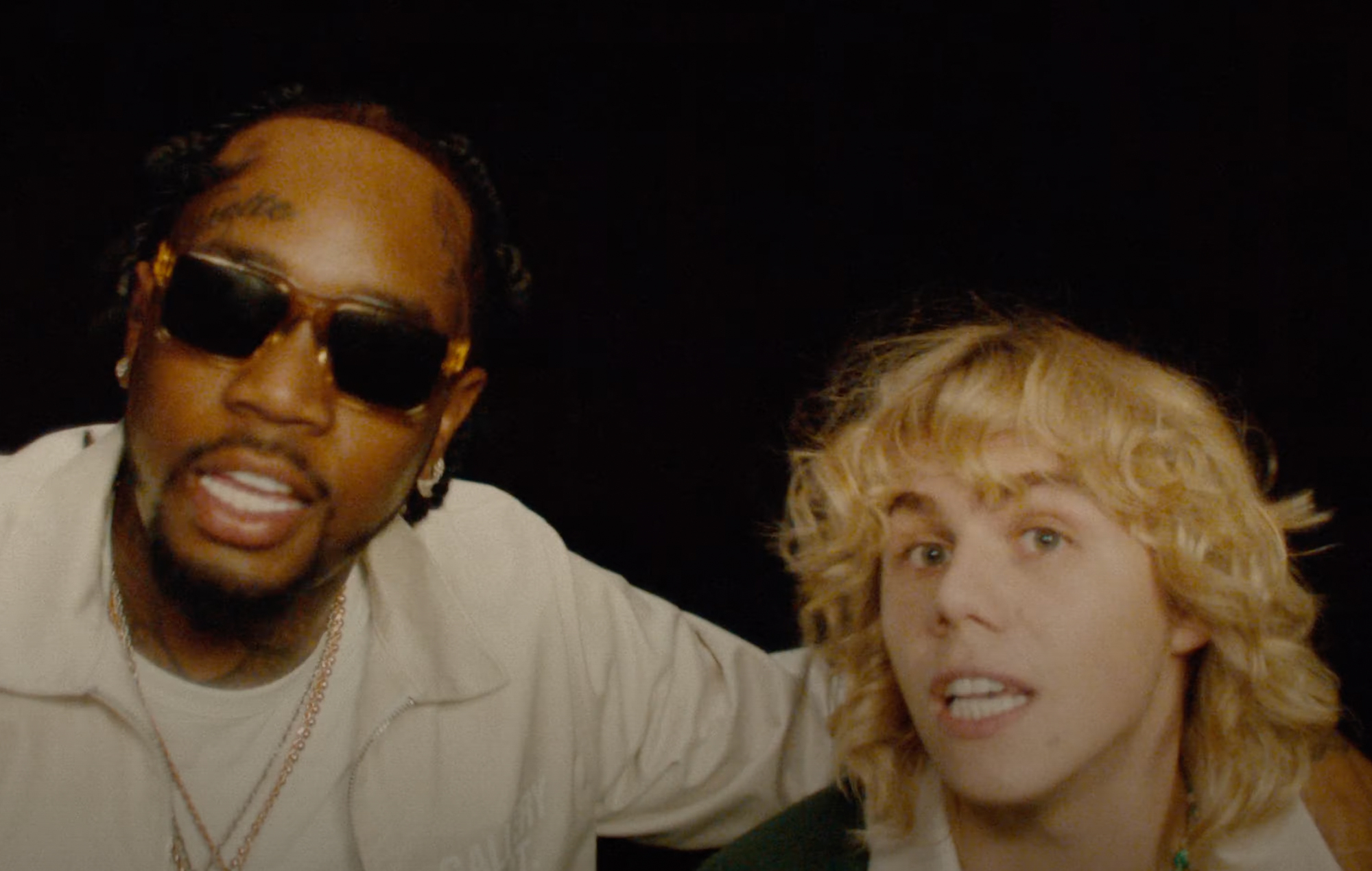 The Kid LAROI and Fivio Foreign have released their collaborative single ‘Paris To Tokyo’, just shy of two months after the latter first teased it.

On May 10, Foreign posted a TikTok of him and the Australian rapper (whose real name is Charlton Howard) working on the track’s accompanying music video. Though its titled wasn’t explicitly revealed at the time, Foreign hinted at it in the video’s caption, mentioning Paris, Tokyo and London. Foreign confirmed the song’s release last week, and Howard teased it further in a TikTok of his own yesterday (July 7).

Check out the accompanying music video for ‘Paris To Tokyo’, directed by Chris Villa, below:

‘Paris To Tokyo’ comes just months after Foreign released his Kanye West-assisted debut album, ‘B.I.B.L.E.’ – that landed back in April via RichFish and Columbia, and earned a four-star review from NME. The same month, Foreign linked up with City Girls to appear on their single ‘Top Notch’.

Meanwhile, Howard’s latest release was the single ‘Thousand Miles’, which also hit the web in April (and became controversial in May when Oliver Tree alleged that its video ripped him off). That track is expected to appear on Howard’s forthcoming debut album as The Kid LAROI, which is tentatively titled ‘Kids Are Growing Up’ and on track for release later this year.

Last month, during the Melbourne stop on his global ‘End Of The World’ tour, Howard was joined onstage by beloved children’s entertainers The Wiggles. He performed three of the group’s songs with them – ‘Fruit Salad’, ‘Hot Potato’ and ‘Toot Toot, Chugga Chugga, Big Red Car’ – and was later presented with an original Wiggles guitar.

Howard scored two nominations at this year’s BandLab NME Awards: Best Australian Song (for the Justin Bieber-assisted ‘Stay’) and Best Australian Solo Act. He won the former, but lost out on the latter to Tkay Maidza.

The post The Kid LAROI and Fivio Foreign join forces for new single ‘Paris To Tokyo’ appeared first on NME.