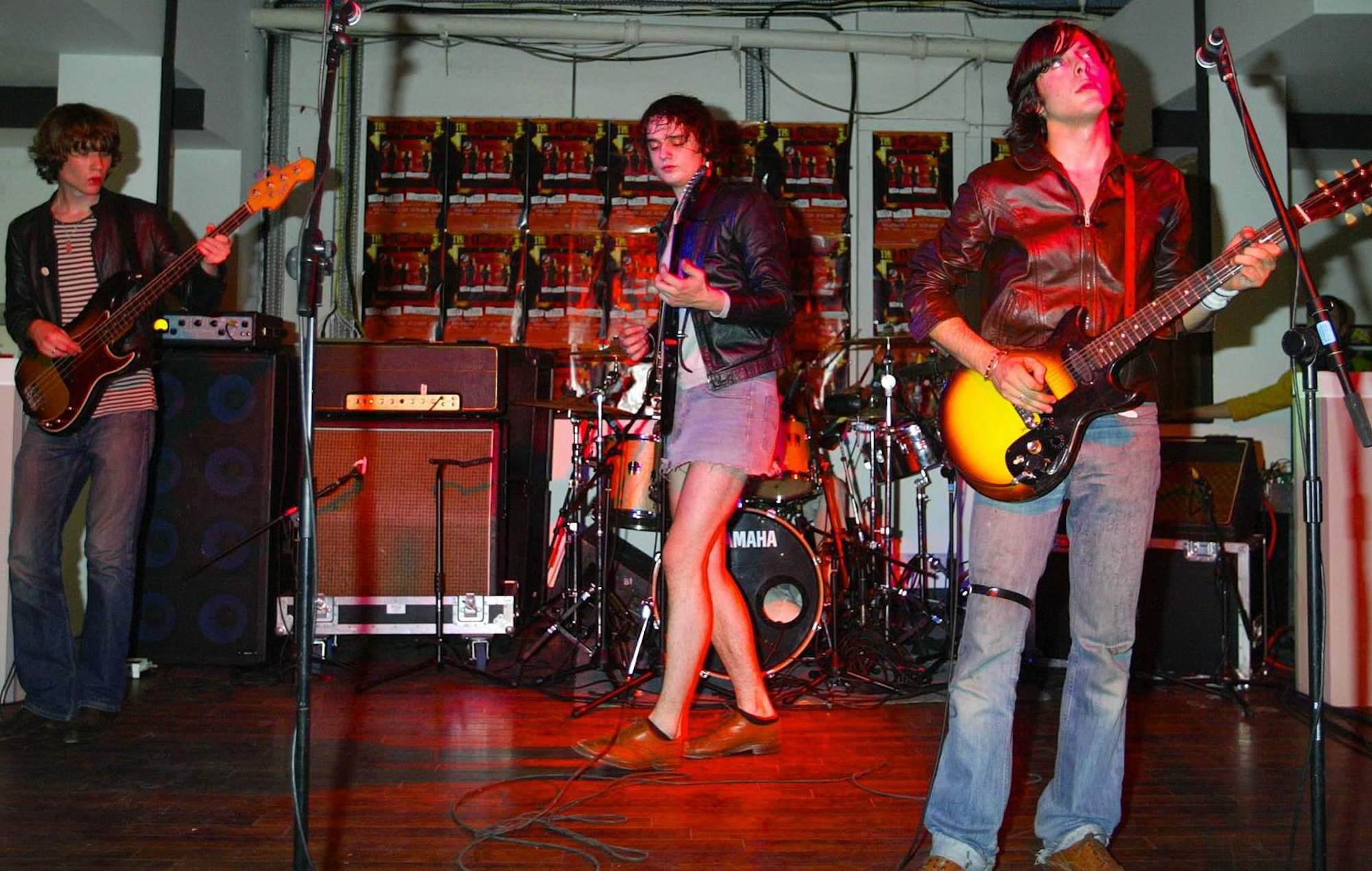 The Libertines have shared rare footage from their early days, uploading a live set from 1999.

Titled ‘THE LIBERTINES BLOW UP’, the footage sees the band play a live show in London, two years after they formed as a band.

Before they were discovered by Rough Trade and signed at the end of 2001 for their debut album ‘Up The Bracket’, released the following year, the band played the pub circuit in London, often at Filthy Macnasty’s cafe in Islington, though it’s not clear at which venue the new footage was shot.

See the band rattle through ‘Music When The Lights Go Out’, which ended up on the band’s self-titled album from 2004, and an unnamed second song, below.

The new video is the latest in a series of “exclusive” clips the band announced they would share during the current coronavirus lockdown.

“We’ve decided to share a series of videos over the coming weeks to entertain household fans,” they wrote back in April, “some you may have seen or heard before, plus some exclusives.”

The Libertines played a UK tour last December as they continue their comeback following 2015 reunion album ‘Anthems For Doomed Youth’.

Reviewing the Bristol gig on last year’s tour, NME wrote: “Doherty, Barât and their ilk were the last bastions of the essential hopefulness at the heart of those ideals – that music could change perceptions, and redefine their listener’s lives, be it via the intellectualism of artists like Bowie and The Smiths or the righteous, social anger of punk rock.

“That same faith coursed right through The Libertines’ best work and it’s still evident tonight, unwavering, unapologetic and yet to be stripped away.”