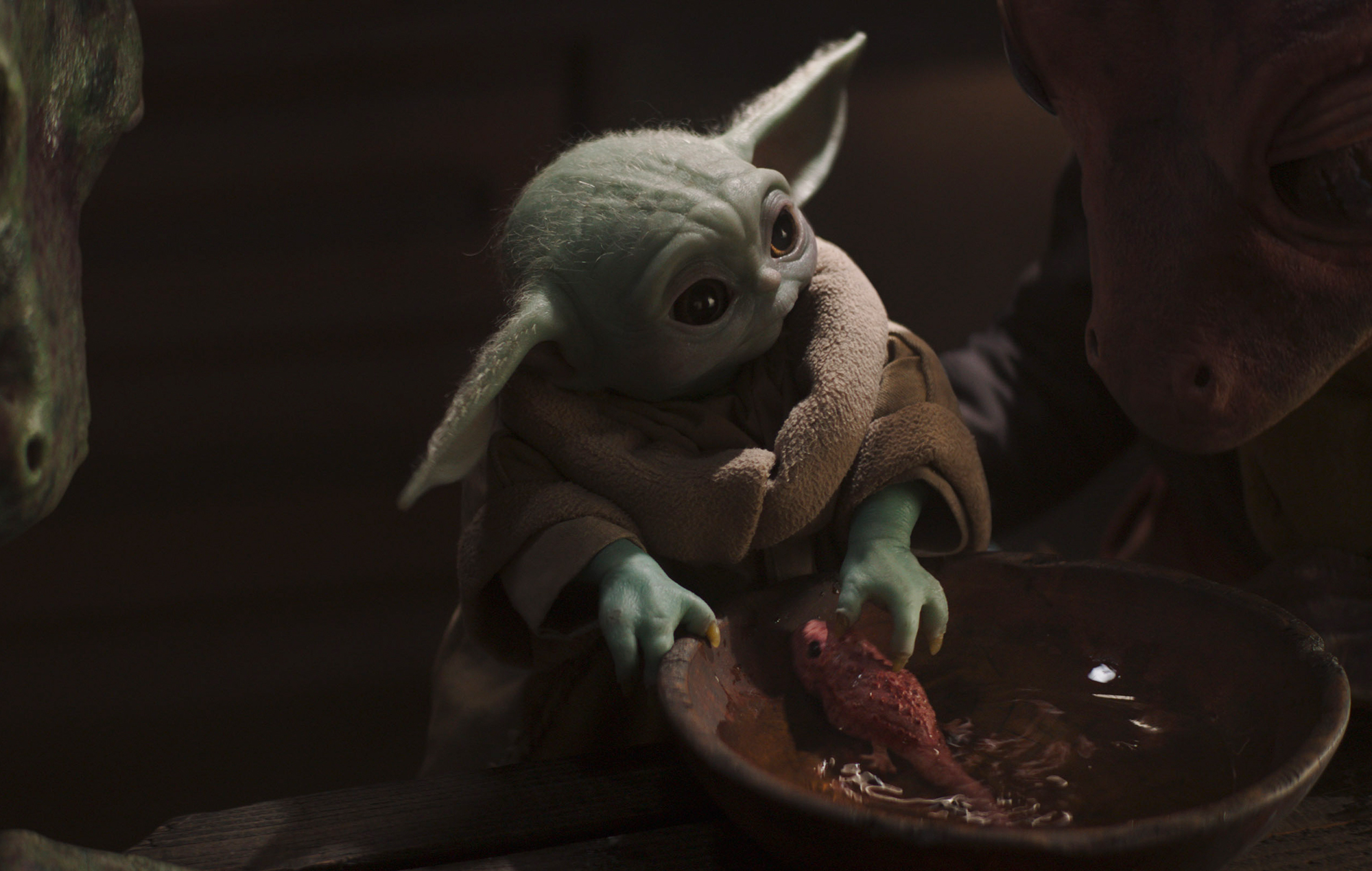 So much for Frog Lady. Last week’s episode saw Mando battle giant ice spiders so he could escort Froggy and her pickled eggs back home in exchange for some valuable information – Frog Lady apparently knew where to find other Mandalorians. When they finally get there in The Mandalorian season 2 episode 3, she just points him to the nearest bar and tells him to ask around.

Bryce Dallas Howard (Jurassic World) directs her second chapter of The Mandalorian with ‘The Heiress’, a short, wet, jam-packed episode that feels like a bridge to bigger things. More importantly for fans though, fellow Mandalorian Bo-Katan shows up.

Mando, Frog Lady and Baby Yoda crash into the port of Trask with about half a ship. Frog Lady meets her husband, Baby Yoda finally gets some food, and Mando heads to the pub for info. This is Star Wars doing a pirate movie, and Trask is full of fishy men doing fishy things (including, weirdly, eating fish), meaning it doesn’t take long before Mando is on board a rig heading for the open sea with a gang of squid-faced cutthroats.

As you’d expect, the cutthroats try to double-cross him – and Baby Yoda is almost eaten by a sea monster just as backup arrives in the form of Bo-Katan (Katee Sackhoff, from Battlestar Galactica). For anyone who doesn’t know, Bo-Katan is an important part of Star Wars mythology – first turning up in animated spin-off Star Wars: The Clone Wars (where Sackhoff provided the voice) as a terrorist wrapped up in the power-grabs for Mando’s home planet of Mandalore.

Here, Bo shows up with a gang of goons and instantly gets on the wrong side of Mando by removing her helmet (which goes against the Mandalorian code). He needs her help to point him in the right direction, and she needs him to help take down an Imperial cargo ship, so a deal is struck – turning what’s left of the short 35-minute episode into a hijacking.

Star Wars hasn’t really done the sea before (a bit under the water in The Phantom Menace, a bit of yacht action in The Rise Of Skywalker) but swashbuckling has always been deep in the DNA. Watching a gang of Mandalorians acting out a pirates vs stormtroopers battle scores plenty of geek points for Howard, and her second episode (after the Seven Samurai inspired fourth chapter, ‘Sanctuary’) gets some of the best action scenes of the series so far.

It’s also good to see the show grounding its story in the wider universe for a change – giving us a rogue Imperial crew still loyal to the Death Star that’s only just blown up (and loyal to Giancarlo Esposito’s Moff Gideon, via a hologram mayday call) and a throw-back to the sprawling backstory built up in The Clone Wars and Rebels.

Casual fans might have to start doing their research to find out who everyone is, but it’s clear that things are going to get even knottier as the series goes on. Mando and Baby Yoda head off in their shonky ship with a new lead and yet another promise of a fan favourite cameo – they’re off to find Ahsoka Tano (aka Anakin Skywalker’s apprentice and one of the best, and most important, characters in the cartoons). Bo-Katan stays behind with her crew but we know now that she’s after Moff Gideon’s darksaber (watch Rebels to find out why that’s so important…), and Boba Fett is still somewhere in the background. Three episodes into the new series and The Mandalorian is still skating around the edge of the bigger story arc – but Mando is picking up enough cameos, side-quests and back-story nods to build towards something pretty epic in the coming weeks.

The Mandalorian season 2 episode 3 is streaming now on Disney+