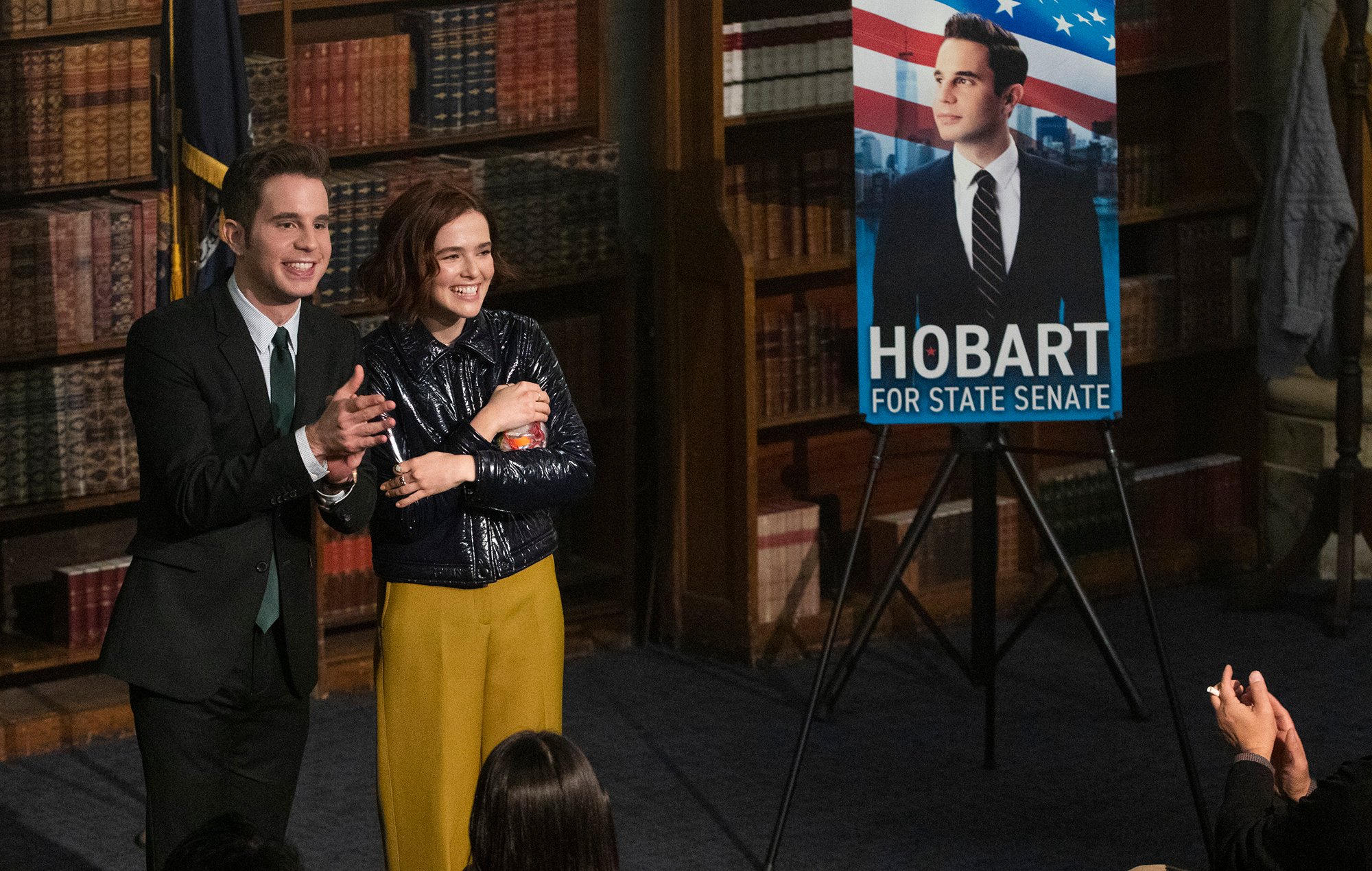 Last September, Netflix debuted The Politician – a satirical comedy drama by Ryan Murphy, and the first product of the American Horror Story and Glee creator’s colossal, $300million deal with the streaming giant. Filled with snappy dialogue, fantastical storylines and a lot of heart, it was perfect comfort TV: easy to binge while hungover, but hardly revolutionary. Season two is more of the same – only twice as confusing.

The new episodes, although featuring a handful of fresh faces and a bigger election, follow the same blueprint as the first. Then a rich high schooler determined to become President of the United States, the ever-ambitious Payton Hobart (Ben Platt) is now a student at NYU and running in the local elections for the New York State Senate (as opposed to competing for student body president). This time he’s an underdog, and going up against experienced incumbent Majority Leader Dede Standish (Judith Light) – who’s aided by her no-fucks-given Chief of Staff Hadassah Gold (a mesmerising, riotous Bette Midler). Standish has had the job for 30 years, didn’t expect to be opposed (nor for Payton to emerge as competition), and dreams of higher office. Hobart represents a growing threat to her future.

Meanwhile, Payton’s mother Georgina Hobart (Gwyneth Paltrow) has leadership aspirations of her own: she wants to become Governor of California. While Payton languishes far behind in the polls, his mum is ahead from the get-go. Thanks to an extravagant campaign that pushes for independence (she wants California to be its own country), Georgina’s accomplishments threaten to overshadow her son’s.

Plot-wise, there’s a lot that happens in the seven episodes (each between 30 and 60 minutes). Firstly Payton, who’s trying to run a clean campaign, finds out that Standish is in a “throuple” with husband Marcus (Joe Morton) and another partner called William (Teddy Sears). The newly noble candidate is adamant not to use the scandal to his advantage though. This storyline goes on and on, clunking its way throughout the entire series and growing more and more tiresome.

It’s not that the first season of the show was a serious drama – it was totally wild! Payton got poisoned by his opposition, shot with BB gun pellets dipped in animal guts to give him sepsis, and he’d been conned into thinking running mate Infinity Jackson (Zoey Deutch) had cancer. But these farfetched storylines were always complimented by quieter moments – powerful, emotive performances that touched on real-world issues like mental health, gun control and sexuality. In this second outing, those moments are few and far between.

To compound matters, some characters from the first season get less screen time. Deutch’s Infinity is now a celebrity environmental activist who aids Payton in his campaign, but her appearances often feel contrived. Lucy Boynton’s Astrid is an icy delight, changing sides as regularly as she does outfits. However, her sudden appearances to rattle off vicious putdowns are few and far between. And although Gwyneth Paltrow flawlessly satirises the uber-liberal as Georgina (there’s a particularly brilliant moment when she offers Payton some terribly immoral advice before announcing, “I’m going to get stoned and have a bath”), her narrative ultimately feels tacked on.

Of course, the show still looks gorgeous – the bright costumes and the glossy cinematography have Ryan Murphy’s creative fingerprints all over them. There’s also a kitsch Wes Anderson score to make up for the lack of musical numbers. Yet while there are no weak links amongst the actors and the series is ready-made for binge-watching, it feels cluttered and rushed. Secondary storylines fight for attention, but with so many to cram in over so few episodes it means great swathes of the show feel chronically underdeveloped.

For the most part, the return of Ryan Murphy’s soapy, political pastiche is good news for core supporters, but there probably isn’t enough here to win over new voters. With only nine months between seasons, the show could probably have benefited from an extended pre-production phase. It’s not a Brexit-level political catastrophe, but it’s certainly a ropey second term.

‘The Politician’ season two is streaming now on Netflix