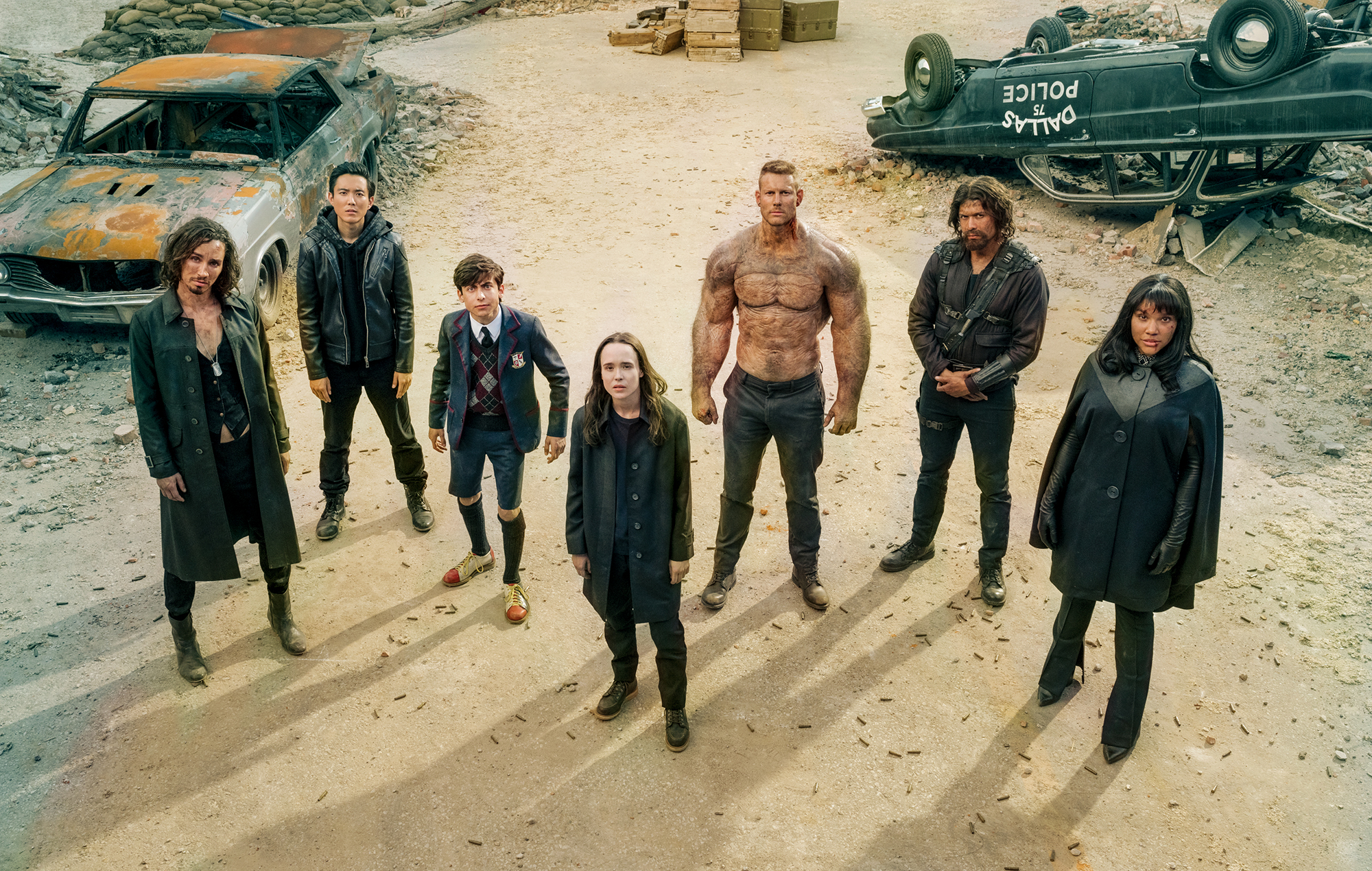 Time travel, a nuclear apocalypse, assassinations and new haircuts, the latest season of Netflix’s The Umbrella Academy had it all.

While season three hasn’t been confirmed yet, it’s looking likely that the oddest superheroes around will return for another slice of action. After all, Luther, Klaus, Diego, Allison, Vanya, Five and Ben (RIP again) may have finally succeeded in their two-season long quest to stop the end of the world, but the final half of season finale ‘The End of Something’ threw up a lot of new questions that will need answering. Here are some of the most pressing…

What is The Sparrow Academy?

We’ll start with the big cliffhanger. What the heck is The Sparrow Academy and why have they replaced The Umbrella Academy as Sir Reginald Hargreaves’ crime-fighting force of choice? In the very first episode of season one, we’re told that 43 women gave birth, despite not being pregnant at the start of the day, meaning there were at least 43 super-powered babies at one point.

Seven become The Umbrella Academy, Lila is another (more on her later) which leaves a lot of kids unaccounted for. Odds are that after meeting up with The Umbrellas back in the ’60s, Sir Reggie decided to go in a different direction with his superheroes – but what does this mean for our originals? “I knew you’d show up eventually,” Reginald admits when Luther & co. return to the present day. Has he been busy training the anti-Umbrella Academy?

What happens to Harlan Cooper?

Innocent little Harlan accidentally got superpowers when Vanya saved him from drowning in a lake. She believed that she’d taken those powers back to protect him and the world, but as he and Sissy drive to New Mexico, he can be seen levitating a toy in the back of the car.

Firstly, it can’t be a coincidence that his toy looks a lot like a red sparrow and secondly, why highlight the fact they’re driving through New Mexico if you’re not going to explore Area 51, the birthplace of alien conspiracy and espionage in the future? Catching up with him 50-something years later is going to be quite the experience if season three goes there.

What the deal with Sir Reginald and the moon?

Prior to season one, Sir Reginald Hargreaves sent Luther to the moon to keep an eye on things for him. It was eventually revealed that Reggie never read a single one of his reports and he was just doing it to keep the bulky bruiser out of the way, but that doesn’t mean The Monocle doesn’t have bigger lunar plans…

During season two, he works with the mysterious Majestic 12, supplying them with (presumably extraterrestrial) technology so they don’t “tell the world who he really is” or reveal his “interests on the dark side of the moon”. What might he be up to?

Will The Commission make a comeback?

With the timeline reset at the end of season two and the apocalypse never having wiped out all life on earth, Cha Cha (Mary J. Blige) was never turned into a pile of ash. After all her dealings with The Umbrella Academy, it’s unlikely she’ll leave them be when they return to 2019. But she’s not the only former employee of The Commission who might make a comeback.

After both his brothers were killed, Axel took his revenge by killing The Handler and then went on to start a new life with the remains of Klaus’ cult. Is there such a thing as happy ever after with this show and where are they in 2019?

Finally, The Handler was shot in the head by Hazel (RIP) after she threatened Agnes (RIP) in season one but still found a way to come back in season two. We wouldn’t be surprised to see her somehow make yet another return for season three.

After saving Vanya from herself and averting an apocalypse, it looked like the ghost of Ben finally made his way to the afterlife in one of the show’s most heartbreaking scenes. At the end of season two however, we find out that in this new timeline Ben is the leader of The Sparrow Academy. “Hopefully, if we get a season three, you’ll get to see he has quite a different personality and appearance,” warns Justin H.Min.

If Spider-Man 3 taught us anything, it’s that an emo-fringe is never a good sign, so its best to be wary of this new Ben for now…

Time travel never makes romance easy and season two saw Klaus, Alison and Vanya having to leave lovers behind to return to the present day. However, there’s a chance that Dave (who enrolled in the army earlier thus potentially changing his fate), Raymond Chestnut and Sissy are all still alive and kicking in 2019. Sissy did make Vanya promise that, “If you find a safe way back to me, you take it.” So will we see some heartfelt reunions?

When will Lila make her comeback?

As one of the 43 surprise babies with superpowers, Lila Pitts could have been part of The Umbrella Academy in another universe. She turned down her chance to become part of their family at the end of season two though, and disappeared, leaving Diego with a broken heart.

That isn’t the last we’ll see of her though, according to showrunner Steve Blackman: “She has unfinished business with the family. So we can safely say, that’s not the end of Lila Pitts.” But when she returns, will she be team Umbrella, team Red Sparrow or team Lila?