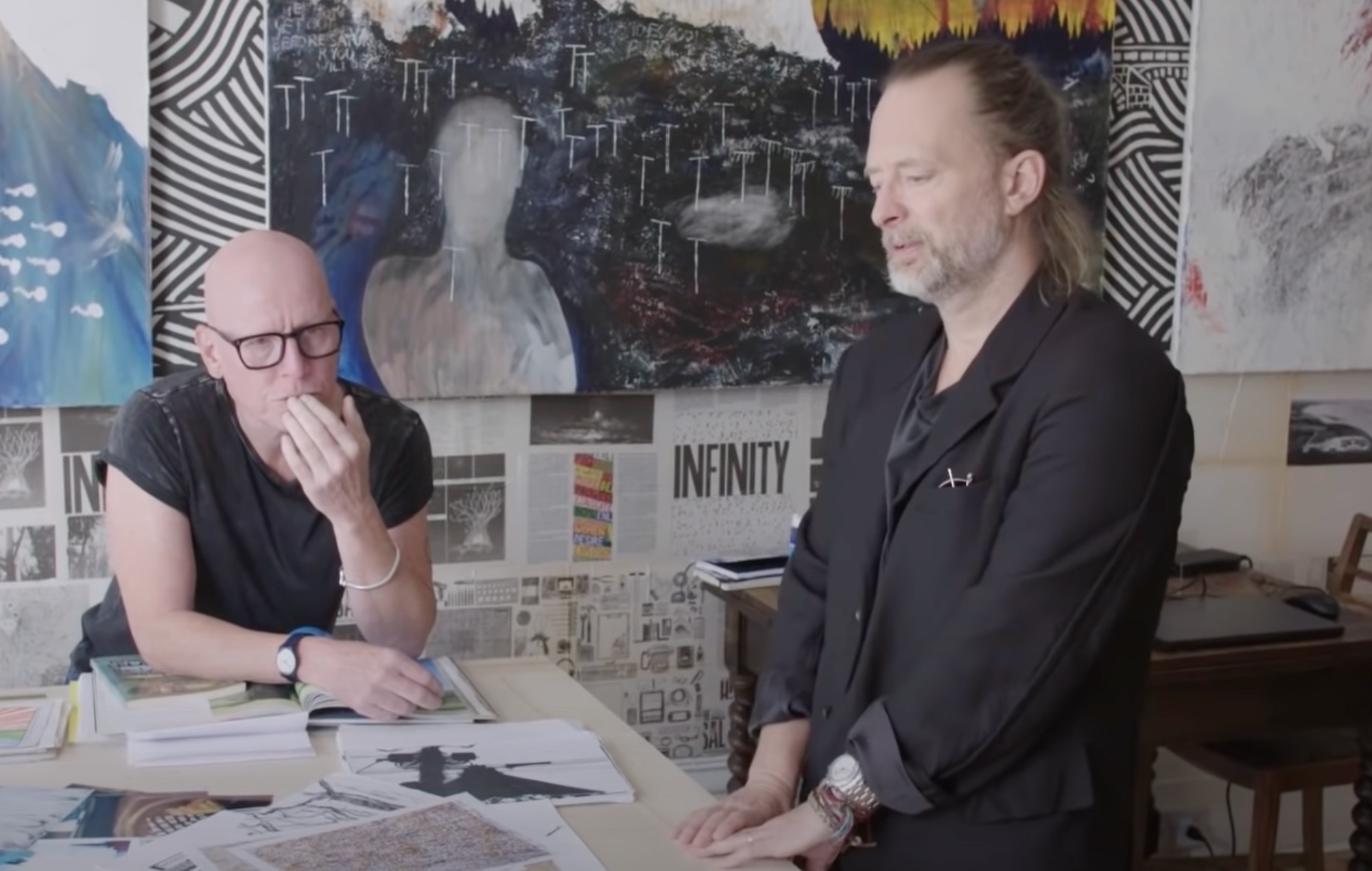 An art exhibition showcasing the works of Thom Yorke and long-term friend and collaborator Stanley Donwood will open in London later this year.

‘Test Specimens’ brings together 60 pieces of artwork that the pair created between 1999 and 2001, while they were also working on Radiohead records ‘Kid A’ and ‘Amnesiac’.

The exhibition will include workings of the Radiohead bear logo, lyrical drafts for songs like ‘Nude’ as well as a cartoon featuring a sperm monster menacing some witch monkeys, which can be seen below.

The exhibition will be held at 8 Duke Street in London and will be open from May 25 to May 29.

‘That’s How Horses Are’, a haunting and atmospheric cut driven by piano, was released yesterday (April 3) after ‘5.17‘ came in March

Yorke released his last solo album ‘ANIMA’ in 2019, and has since been sharing new music as part of various projects. Last year, he debuted a new outfit called The Smile with Jonny Greenwood and Sons Of Kemet drummer Tom Skinner, with the trio performing for the first time at Glastonbury’s Live At Worthy Farm livestream.

They’ve released four singles including ‘You Will Never Work In Television Again’, ‘The Smoke’ and ‘Skrting On The Surface’, the first two of which will be released as a one-time single vinyl pressing.

The Smile recently-released ‘Pana-vision’ which was also featured in the Peaky Blinders finale and comes with a video, created by animator Sabrina Nichols and artist Stanley Donwood.

The Smile are set to embark on their first UK and European tour next month, with shows scheduled throughout May, June and July. Tickets for the shows are available here.