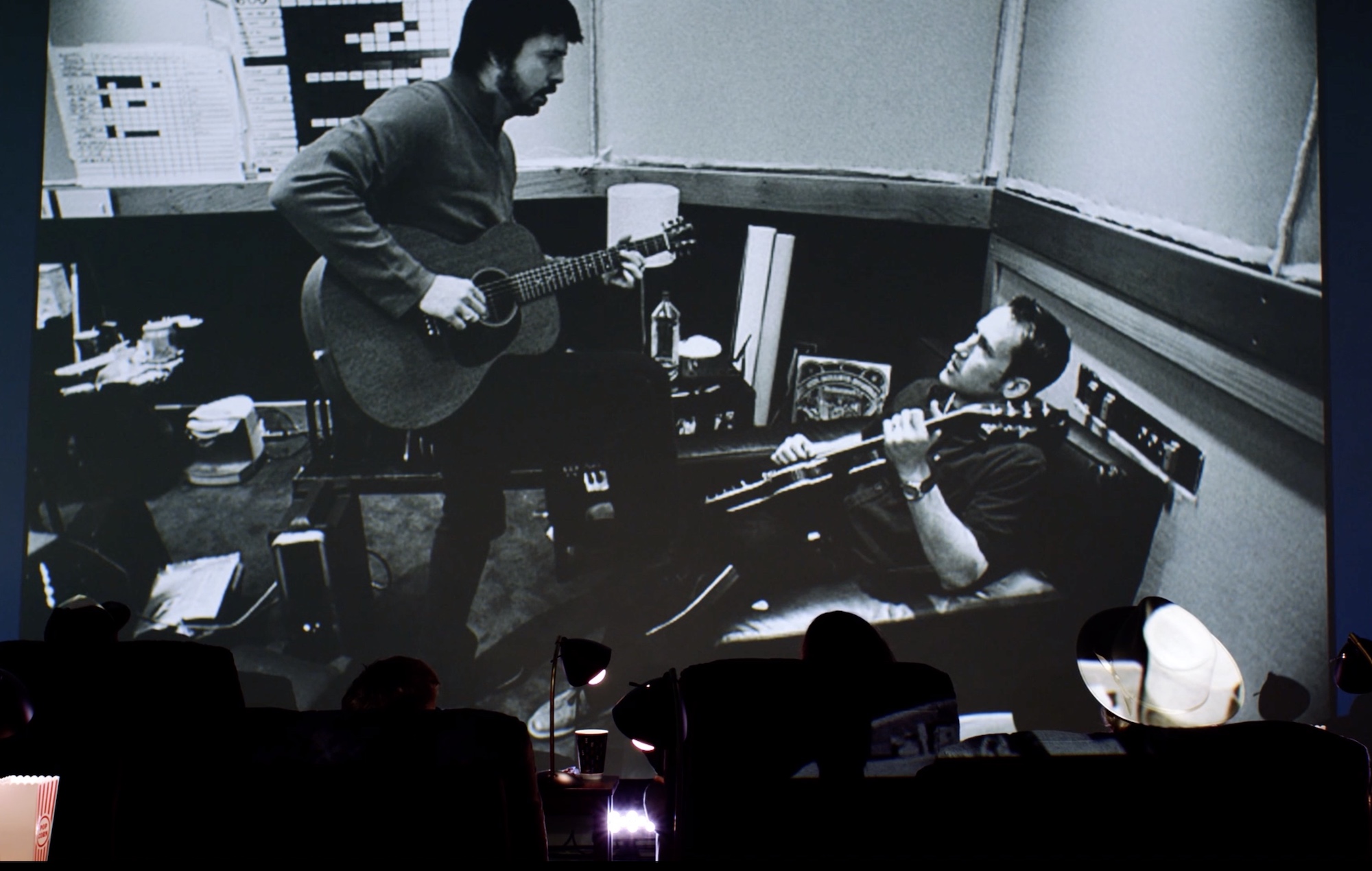 Foo Fighters have shared a new video called ‘Times Like Those’, celebrating their 25 years as a band.

In the 30-minute video, which premiered on YouTube today (November 23), the band sit down with buckets of popcorn and discuss their legendary career.

During the video, the band discuss everything from their first official show in Seattle to the time they stumbled upon a teenage Icelandic punk band practicing in a basement in 2003, and asking them to open the band’s headline show in the country the following night.

“I was writing ‘My Hero’… about myself,” Dave Grohl laughed, after the slideshow showed a picture of him playing acoustic guitar on a private jet in 2003.

Back in September, Foo Fighters shared a new range of merch to mark their 25th anniversary as a band.

Dave Grohl and co, who released their self-titled debut album in 1995, were also scheduled to mark their quarter-century milestone with The Van Tour this spring. Due to the coronavirus crisis, however, the dates were pushed back to October and subsequently cancelled.

Instead, the band completed work on 10th album ‘Medicine At Midnight’, which is set for release on February 5, 2021. They recently shared its first single, the dark ‘Shame Shame’.

“This is our Saturday night party album,” Grohl told NME of the new record. “It was written and sequenced in a way that you put on, and nine songs later you’ll just put it on again.”