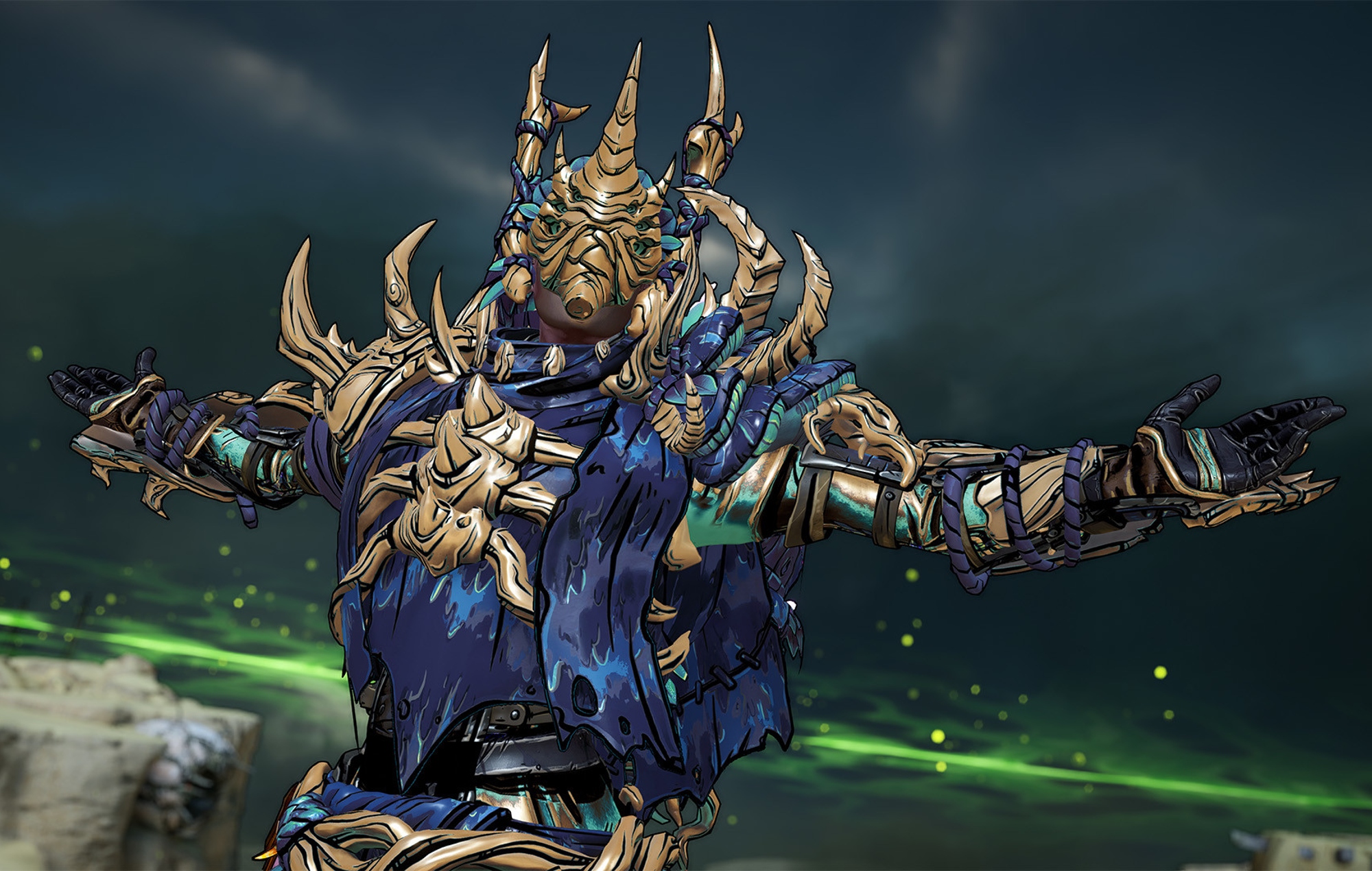 The fourth DLC (downloadable content) add-on for Tiny Tina’s Wonderlands has been released, adding a new player class, loot, and more to the game.

The DLC is called Shattering Spyglass, and has been accompanied by a trailer of in-game footage showcasing the content included. It can either be accessed with the Tiny Tina’s Wonderlands’ season pass, which is available for purchase as part of the Chaotic Great Edition of the game, or purchased separately for £7.99.

The new class, Blightcaller, is described as “an elementalist with a fully unique talent tree and two new Action Skills”. It’s explained that “The Blightcaller wields the noxious essence of swamps with potent precision, suffocating foes in tempests of poisonous Plaguestorms and summoning vengeful spirits from their Bog Totem turret.”

Additionally, there are new weapons, pieces of gear and cosmetic items, and Spectering Spyglass also features a new boss, Redmourne the Trivern, a four-headed dragon that’s stated to have “four powerful forms that unlock over time”. This boss can be repeatedly fought for increasingly better gear. Lastly, there are new environments that “once beaten, can show up in the randomised endgame dungeons of the Chaos Chamber”.

The story description reads “Shattering Spectreglass offers a window into Vesper’s own memories, which are plagued by visions of Redmourne the Trivern.” Defeating the boss “is the only way to help Vesper escape her past.”

Tiny Tina’s Wonderlands is the fifth Borderlands spin-off and the ninth overall game in the franchise, not counting re-releases and collections. Released earlier this year, it was met with a mostly positive critical reception, with publisher Take-Two Interactive claiming the game’s sales had exceeded expectations. Both it and the Shattering Spectreglass are available on PC, Xbox One, Xbox Series X|S, PS4, and PS5.

In other news, a new South Park game has been teased by THQ Nordic.