Stars from across the music world have been paying tribute to Tom Petty who died Monday (2nd October) aged 66.

The music iconoclast was found unconscious and in full cardiac arrest at his Malibu home in the early hours of Monday morning. He was taken to hospital where he could not be revived and passed away at 8.40pm local time (4.40am BST).
According to Tom Petty & the Heartbreakers’ manager Tom Dimitrades, he died “surrounded by his family, his bandmates, and friends.” Tom’s Traveling Wilburys bandmate Bob Dylan in a statement to Rolling Stone: “It’s shocking, crushing news. I thought the world of Tom. He was great performer, full of the light, a friend, and I’ll never forget him.” 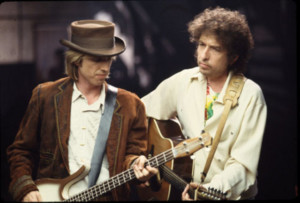