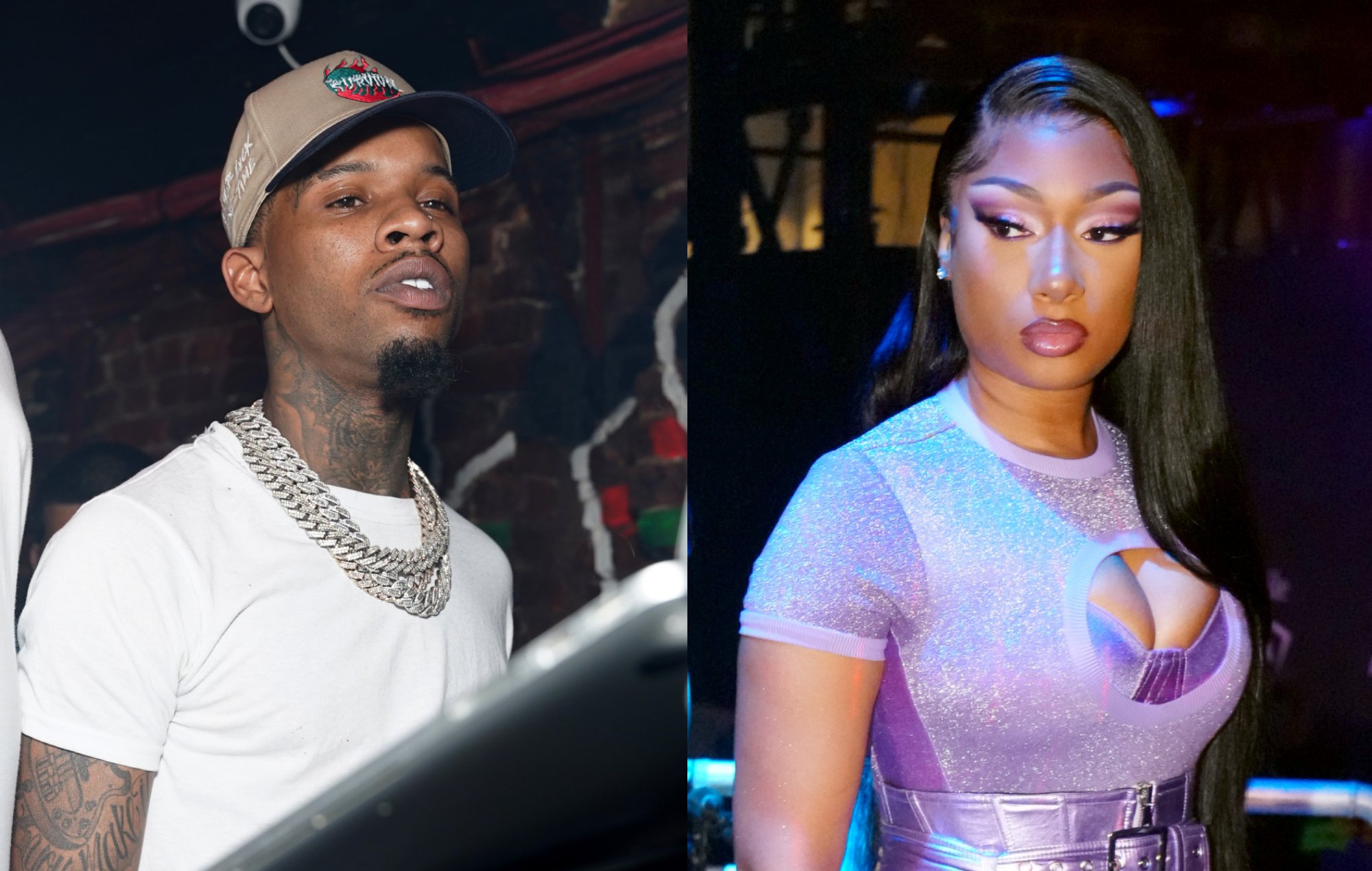 Tory Lanez has been released from house arrest at a judge’s discretion in order to prepare for a trial over an allegation that he shot Megan Thee Stallion in 2020.

The rapper (real name Daystar Peterson) is accused of shooting Megan Peet in the foot in July of that year during a drunken dispute that unravelled following a pool party at reality star Kylie Jenner’s house in California.

Peterson has denied the assault charge. Yesterday (December 5) the songwriter was freed from house arrest, which he’d been placed under following allegations that he assaulted musician August Alsina in Chicago in September, as the jury selection opened.

The rapper has denied assaulting Alsina (via AllHipHop).

Deputy District Attorney Kathy Ta objected, arguing that Peterson allegedly tried to “sway” or “intimidate” witnesses previously in the case. She said once testimony begins and everyone is in the same jurisdiction, witnesses might have their “concerns magnified” and “fear” being “in reach of him”.

Jude Herriford said: “I will terminate the house arrest at this point. The main reason is that during trial, it’s difficult to have a client who’s not accessible. I’m doing this mainly for the trial preparation aspect.”

The 10-day trial has now started, with opening statements to begin next Monday (December 12).

Defence lawyer George G. Mgdesyan told the court yesterday that his client never attempted to bribe or intimidate anyone despite Megan telling authorities that Peterson apologised, offered her money, and begged her to stay quiet in the aftermath of the shooting because he purportedly was on probation at the time.

“She says that my client told her to lie and offered her money because he’s on probation and didn’t want to get arrested. My client has never been on probation,” Mgdesyan said.

“If he’s required to have a monitor on his ankle in front of jurors, I think it’s just punitive. It doesn’t serve any purpose. If he’s going to dissuade a witness, all probation is going to know is where he is. It doesn’t mean he can’t meet with that person,” he added.

Earlier this year, Megan Thee Stallion told Rolling Stone that the other woman with her during the shooting – her former close friend Kelsey Harris – told her after the incident that Peterson offered to invest in her business in exchange for her silence.

Harris was riding in the SUV with Peet and Peterson the night of the alleged firearm assault. She appeared at a hearing in September and was ordered to return this month under a subpoena from prosecutors.

At a preliminary hearing in 2021 a police investigator said that Peet claimed that she heard Peterson shout, “Dance, bitch”, as he allegedly opened fire with a semiautomatic 9mm handgun on a residential street in the Hollywood Hills.

Prior to the gunfire, the detective testified, the group had allegedly got into a verbal fight inside the vehicle over Peterson’s claim that he’d been romantic with Peet behind Harris’ back.

Peterson was formally charged in late 2020 with one count of assaulting Peet with a semiautomatic firearm in a manner that “personally inflicted great bodily injury” and one count of carrying a concealed, loaded, and unregistered firearm in a vehicle.

A protective order bars Peterson from contacting Peet in person or otherwise.

If he’s found guilty as charged at the trial, he could serve a maximum prison sentence of 22 years and eight months.

Last month, Megan Thee Stallion responded to a lyric on Drake and 21 Savage’s new collaborative album ‘Her Loss’ that appears to reference her being shot.

She posted a series of tweets demanding unnamed rappers stop referencing her shooting, beginning by demanding that they “stop attaching weak ass conspiracy theories in bars to my name”.

In a separate tweet, she wrote: “Stop using my shooting for clout… Since when tf is it cool to joke abt women getting shot!”