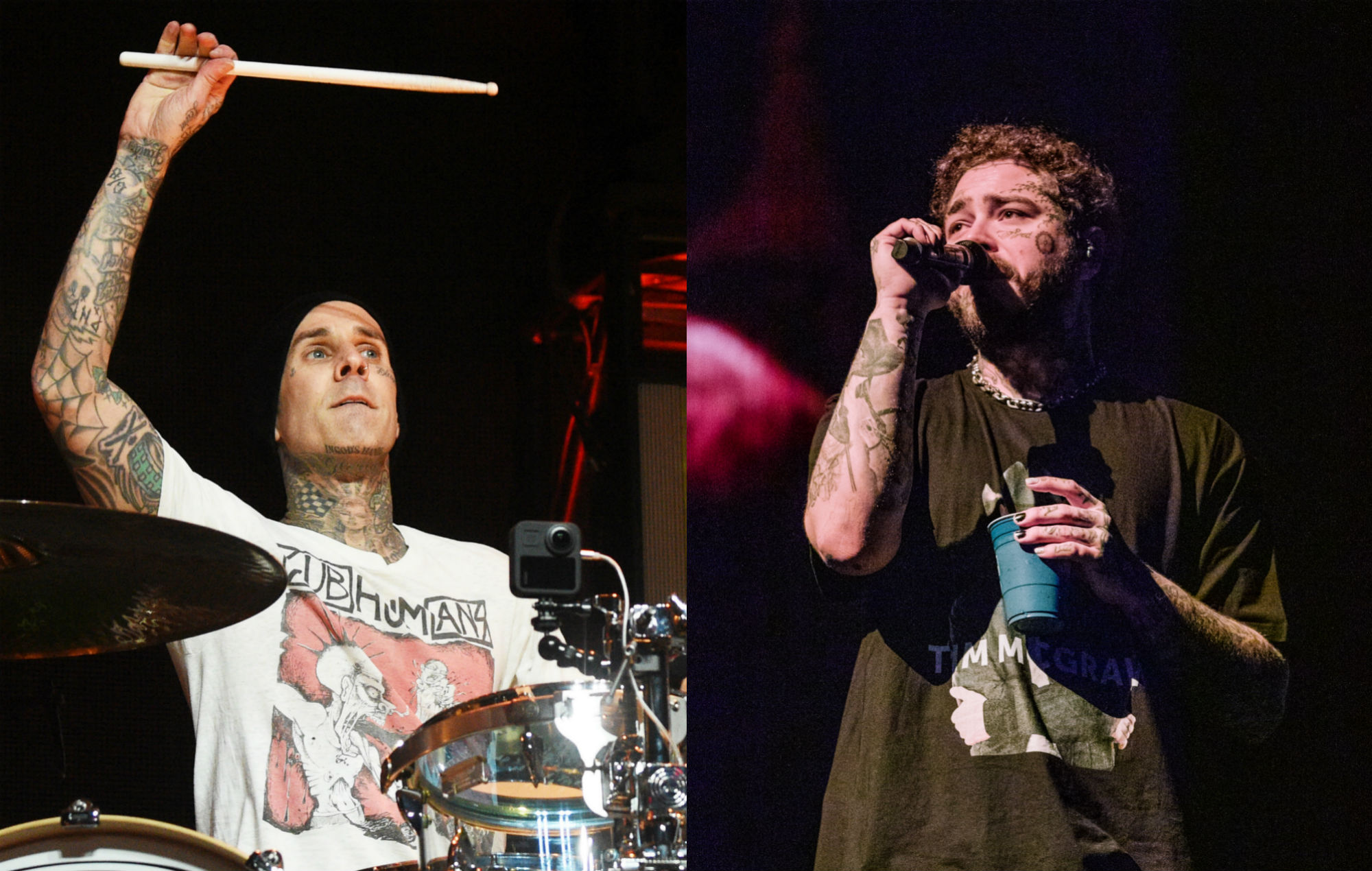 Blink-182‘s Travis Barker has confirmed that he and Post Malone are planning to link up for some songwriting sessions.

Barker recently took part in the singer/rapper’s Nirvana tribute charity livestream, which saw the two of them performing as part of a live band and taking on a full set of covers of songs by the legendary band.

Speaking to Spin in a new interview, Barker said that the experience of playing with Malone was “really fun” and revealed that the two of them are now looking to collaborate further in the form of songwriting sessions.

“I’m going up to Salt Lake to just write for a week with him. Just jam and have fun,” the drummer said, before recalling how they rehearsed for the Nirvana livestream.

Barker added that “the whole vibe over there has been very relaxed” and said “whatever happens, happens” in regards to the possible outcome of his writing sessions with Malone.