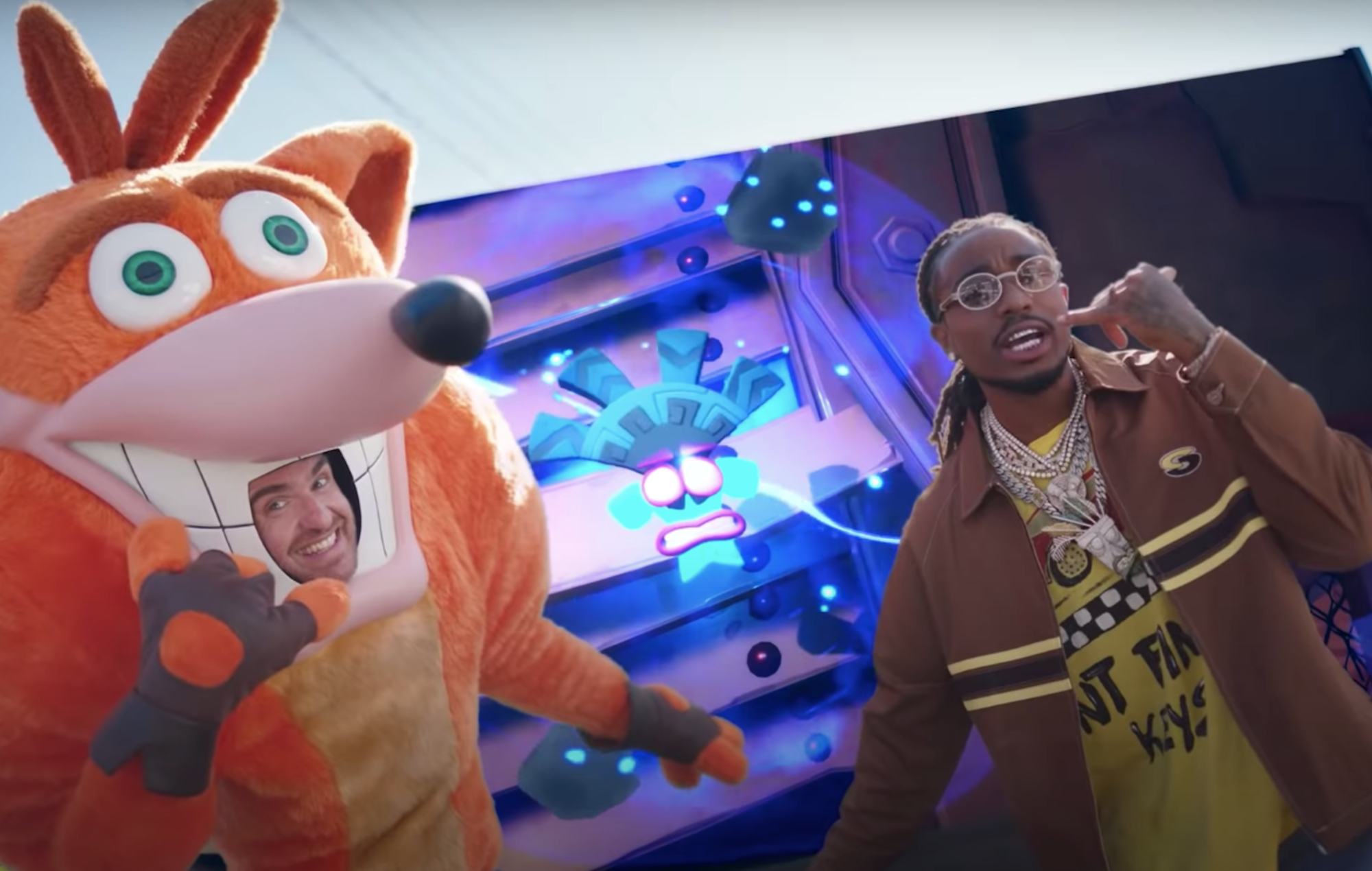 A new live-action advertisement for Crash Bandicoot 4: It’s About Time has been released, and features Migos rapper Quavo.

In the lead up to the release of Crash Bandicoot 4 this Friday (October 2), developer Toys For Bob has unveiled a new live-action commercial for the game, this time tapping longtime franchise fan and musician, Quavo for an appearance.

In the ad, Quavo is seen walking out of a store wearing a real-life version of the Aku Aku pendant from the game – albeit with more bling to it. He bumps into Crash Bandicoot, and the two begin rapping about the upcoming game’s new masks, and their accompanying abilities.

Check out the advertisement below.

Quavo has a long-standing relationship with the Crash Bandicoot series, and was even given the opportunity to play a portion of the game in June following the game’s official reveal, according to The Hollywood Reporter.

The new advertisement follows another wacky live-action clip from Toys For Bob, which was inspired by the original game’s hilarious Japanese commercials, and featur the return of Crash’s iconic theme song.

It was also recently revealed that It’s About Time will feature two new local multiplayer modes: Bandicoot Battle and Pass N. Play. The new game modes will support up to four players locally. There are currently no plans for online leaderboards for either co-op or competitive modes of the game.

Crash Bandicoot 4: It’s About Time is set to release on PS4 and Xbox One on October 2. It is currently unclear if the games will be made available on PS5, Xbox Series X and Xbox Series S in the future.