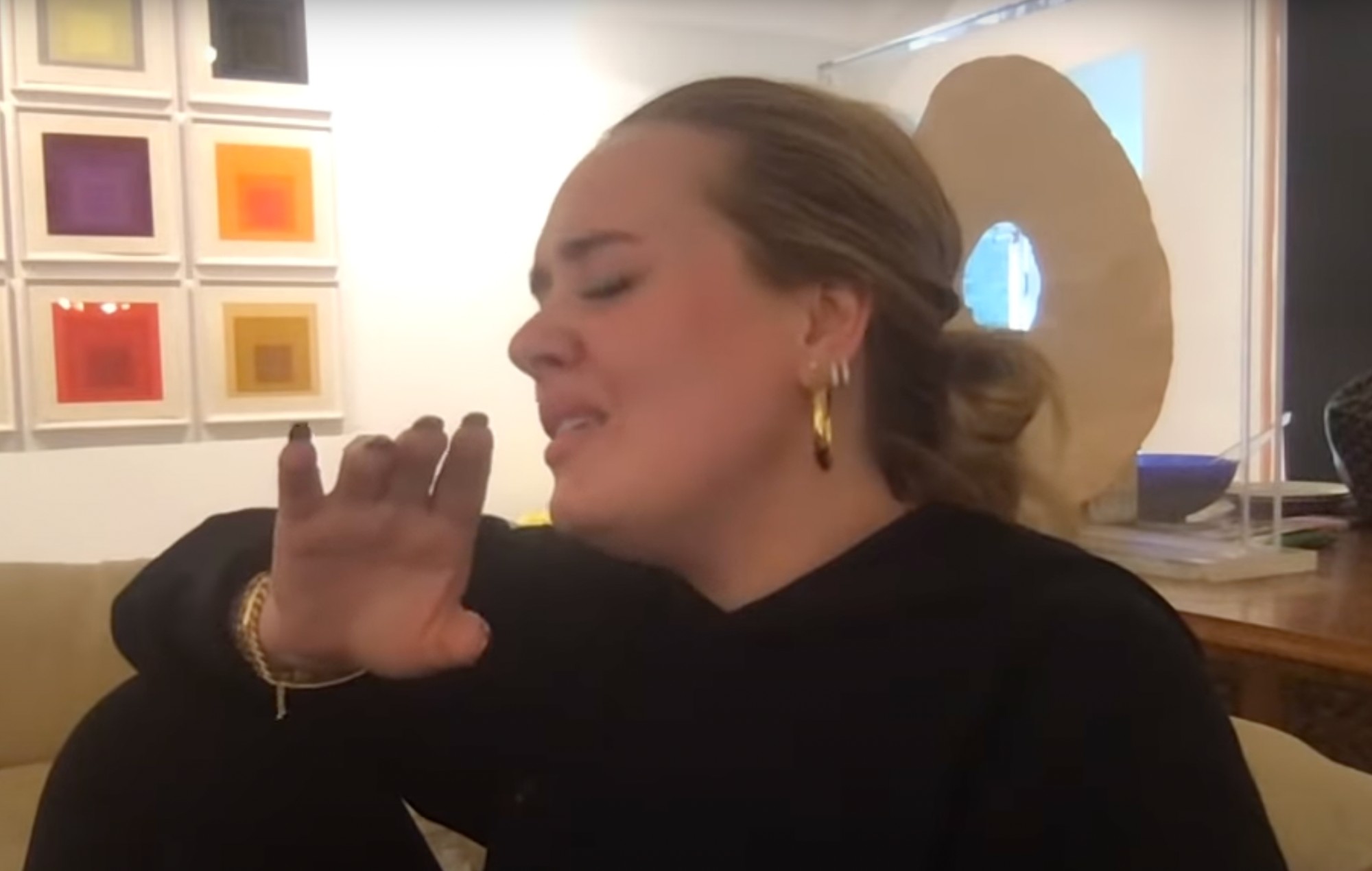 Ahead of the release of her highly-anticipated fourth album, Adele has shared an intimate performance of ’30’ cut ‘To Be Loved’ on social media.

Posting a video filmed on PhotoBooth and captioned with the song’s title, Adele performs the heartfelt track in its entirety from her living room.

Aside from the album’s lead single ‘Easy On Me’, Adele also debuted three other cuts from ’30’ in her CBS special One Night Only: ‘Hold On’, ‘I Drink Wine’ and ‘Love Is A Game’.

Watch Adele’s living room performance of ‘To Be Loved’ below.

In an interview with Zane Lowe, Adele said that she won’t perform ‘To Be Loved’ live due to how emotional she gets when she hears it.

“When I was writing it and singing it, I just envisioned Angelo being in his 30s. I guess I’ll sing it to him then.”

In that same interview, Adele revealed that there was a point where she considered not releasing ’30’ – which is out tomorrow (November 19) – at all, saying: “There were moments when I was writing these songs – and even when I was mixing them and stuff like that – where I was like, ‘Maybe I don’t need to put this album out. Like maybe I should write another.’”

She continued, “I’m never going into the studio to be like, ‘Right, I need another hit’. It’s not like that for me. When something is more powerful and overwhelming than me, I like to go to a studio because it’s normally a basement and there’s no fucking windows and no reception, so no one can get ahold of me.”

In a review of ’30’, NME‘s Rhian Daly said that it was “refreshing to see the pop titan treading braver territory.” Later this week (November 21), Adele will perform a UK TV special An Audience With Adele, filmed at the London Palladium.

The post Watch Adele perform new song ‘To Be Loved’ in her living room appeared first on NME.