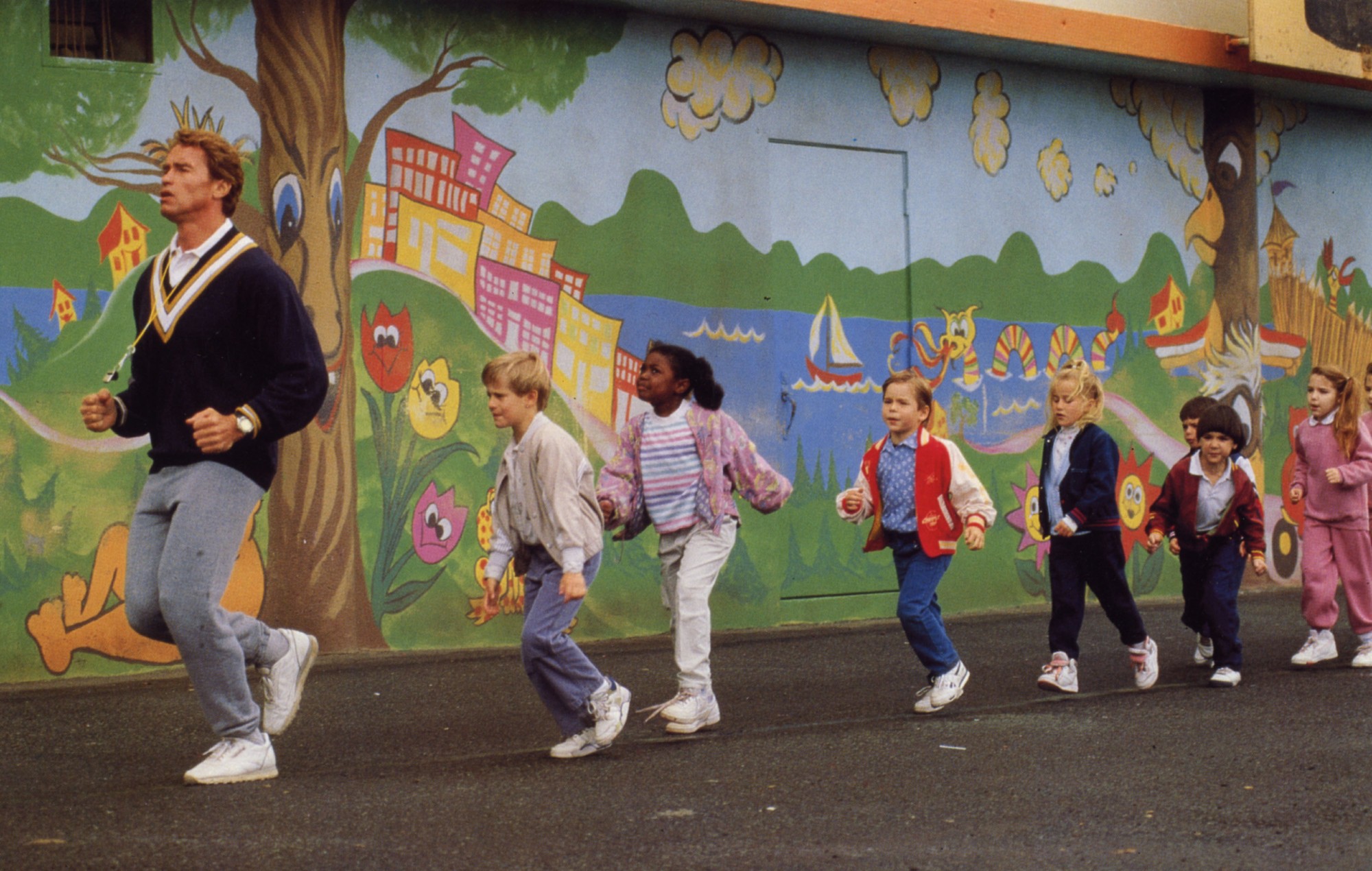 Arnold Schwarzenegger joined the cast of Kindergarten Cop for a new reunion video to celebrate the 30th anniversary of the film’s release.

The call began with a handful of the actors who played the students of Schwarzenegger, who played a detective going undercover as a pre-school teacher in the 1990 comedy flick.

Schwarzenegger surprised his former castmates by jumping into the call midway through. The group then shared memories from the film and discussed their current lives and projects.

Schwarzenegger enters at the 35:26 mark of the video, which can be watched in full below.

“That is the funniest thing to see all of you guys,” Schwarzenegger said upon entering the call.

“I got a phone call two or three hours ago and it said ‘Ware going to have a chat with six of the kids from Kindergarten Cop’…and I said ‘that is fantastic, what a great idea!’”

Notably, Schwarzenegger discussed the genesis of the film’s most iconic line: “It’s not a tumour”.

“Because of my accent and because of the way I say things, the kids were laughing…instead of being scared,” Schwarzenegger recalled.

“So [director] Ivan Reitman ran over to me afterwards and he says, ‘I’m going to print that, I’m going to keep that, this is a winner because if the kids laugh at the way you sound, then I think the audience will laugh too’ and that’s exactly what happened”.

Most of the child actors present revealed that they no longer work in the entertainment industry full time, with Christian Cousins and the Mataras sisters pivoting into business roles.

Adam Wylie, who portrayed Larry in Kindergarten Cop, continues to act and is also a self-described “world champion” magician. In 2021, he is set to appear in an episode of the television series, Lucifer.

Kindergarten Cop came in at number nine on NME‘s ranking of Arnold Schwarzenegger’s 10 best movies – see what else made the list.

In October, Schwarzenegger updated his fans on his health after undergoing his third heart operation to receive a new aortic valve, saying he felt “fantastic”.