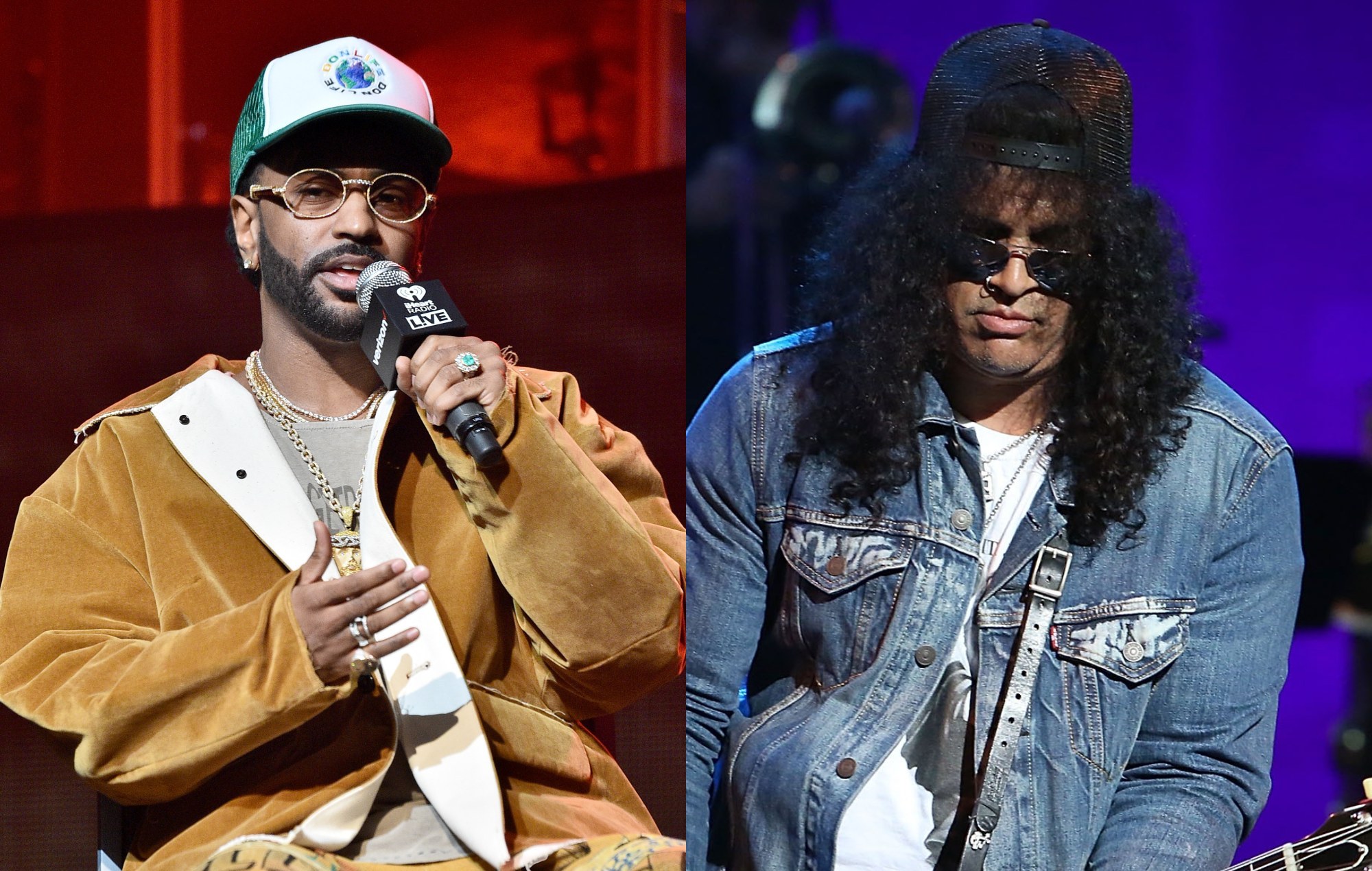 Big Sean has given a video tour of the mansion he bought from Slash – you can watch it below.

During an interview with NME last year, the Detroit rapper revealed that he had redecorated and renovated a Beverley Hills home once owned by the Guns N’ Roses guitarist.

“[Slash] left a couple of skulls on the wall that I kept,” he said. “There’s also this super colourful door that I kept and a big, big painting on one of the staircases. So there’s a couple of things I kept for keepsake just to be like, ‘This is Slash’s’, you know?”

In a new video for Architectural Digest, Sean allowed a camera in to explore his impressive “no shoes” mansion. “Originally this was Slash’s house,” he says in the clip. “So it has a lot of history.

“The whole house used to be kind of like a darker gothic tone; I kinda brightened the whole thing up.”

Sean later takes us down to “the club”, which was already a part of the property before he moved in. “But I re-did the whole thing. I kept a few things from Slash though,” he adds.

Featuring a disco ball, DJ booth and neon lights, the club room is much darker than the rest of the house and hasn’t been altered much since Slash lived there: “It was kinda always like this – all-black everything.”

Sean explained: “I got the exact same couches that [Slash] had in here before, but I just got new ones ’cause I don’t know what the fuck he was doing down here. I kept the stripper pole but it is completely, completely sanitised.”

We then see the two aforementioned skulls (“Classic Slash skulls, Guns N’ Roses. Insane”), which are mounted on the wall and each house a lightbulb.

You can watch the full video tour of Sean’s mansion above.

Big Sean rapped about purchasing Slash’s former home on his ‘Detroit 2’ track ‘Lucky Me’: “Even bought Slash old crib, that’s rock star as it gets“.

The post Watch Big Sean give a tour of the mansion he bought from Slash appeared first on NME.