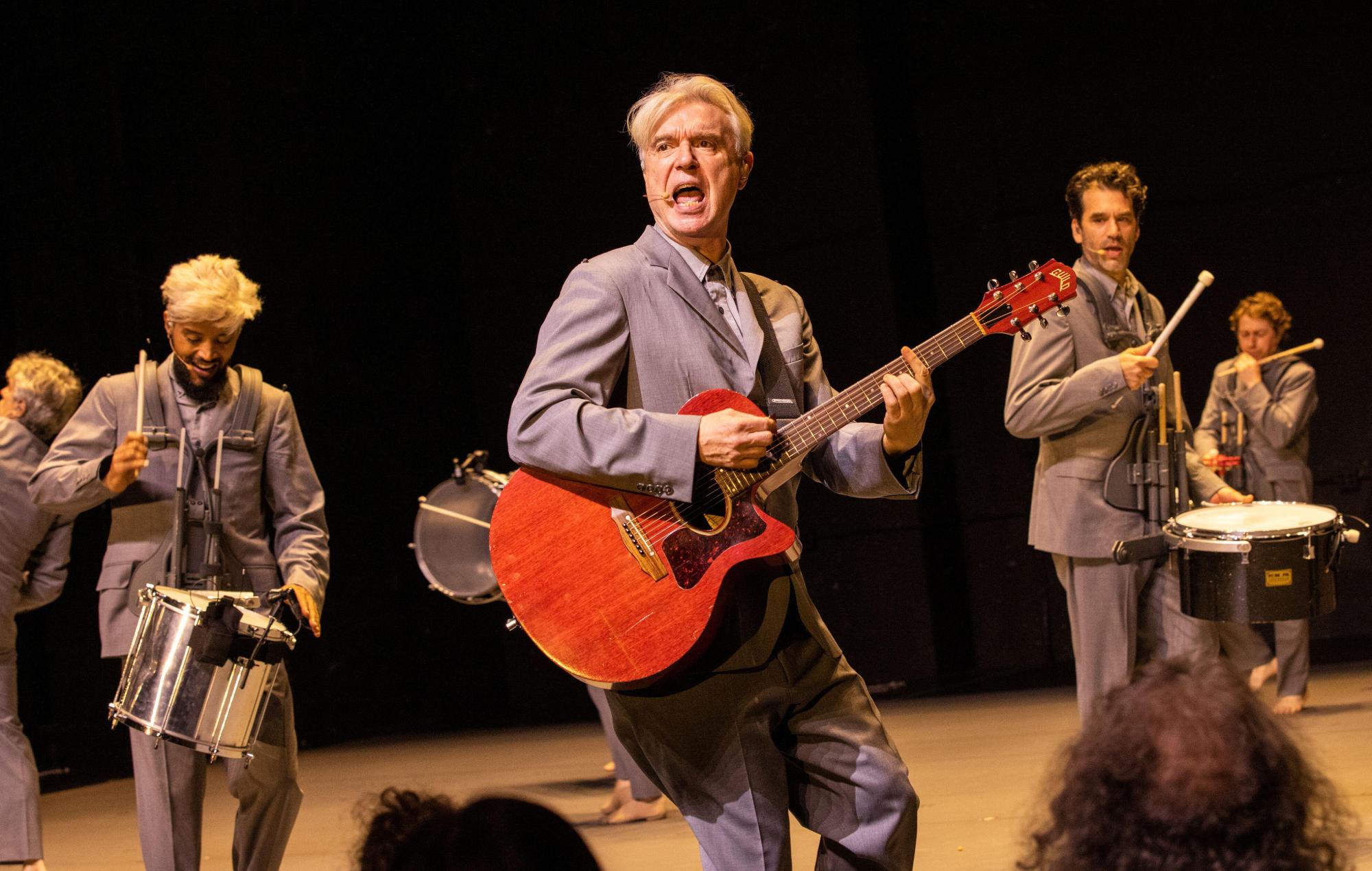 The musician, who in September resumed performances of his hit music-theatre spectacle, had his Broadway troupe in tow for a performance of the 1979 ‘Fear Of Music’ classic on the popular US talk show.

He also sat down with Colbert for a chat, which he ended by teaching the host some of his distinctive dance moves. “This one’s called polish the plates! You can see where that’s coming from! There’s another one – anybody can do this – stop the traffic!” Byrne is seen demonstrating to Colbert in a clip.

Byrne, who fronted Talking Heads from 1975-1991, debuted American Utopia on Broadway in New York City in October 2019. It has since returned and is currently showing at St. James Theater.

The stage show centres on Byrne’s 10th solo album of the same name, which was released in 2018 and “blurs the lines between gig and theatre, poetry and dance”, as one NME reviewer once wrote of a UK showing.

Two years after that review, another NME writer declared the show at NYC as “still the best musical experience on the planet“.

Last year, Spike Lee directed a concert film of the American Utopia stage show, which is available to stream on HBO Max. And in September, the stage show won a special Tony Award.

Elsewhere, Byrne has recalled hearing Lorde’s music for the first time, saying: “I thought, ‘I could learn from that.'”