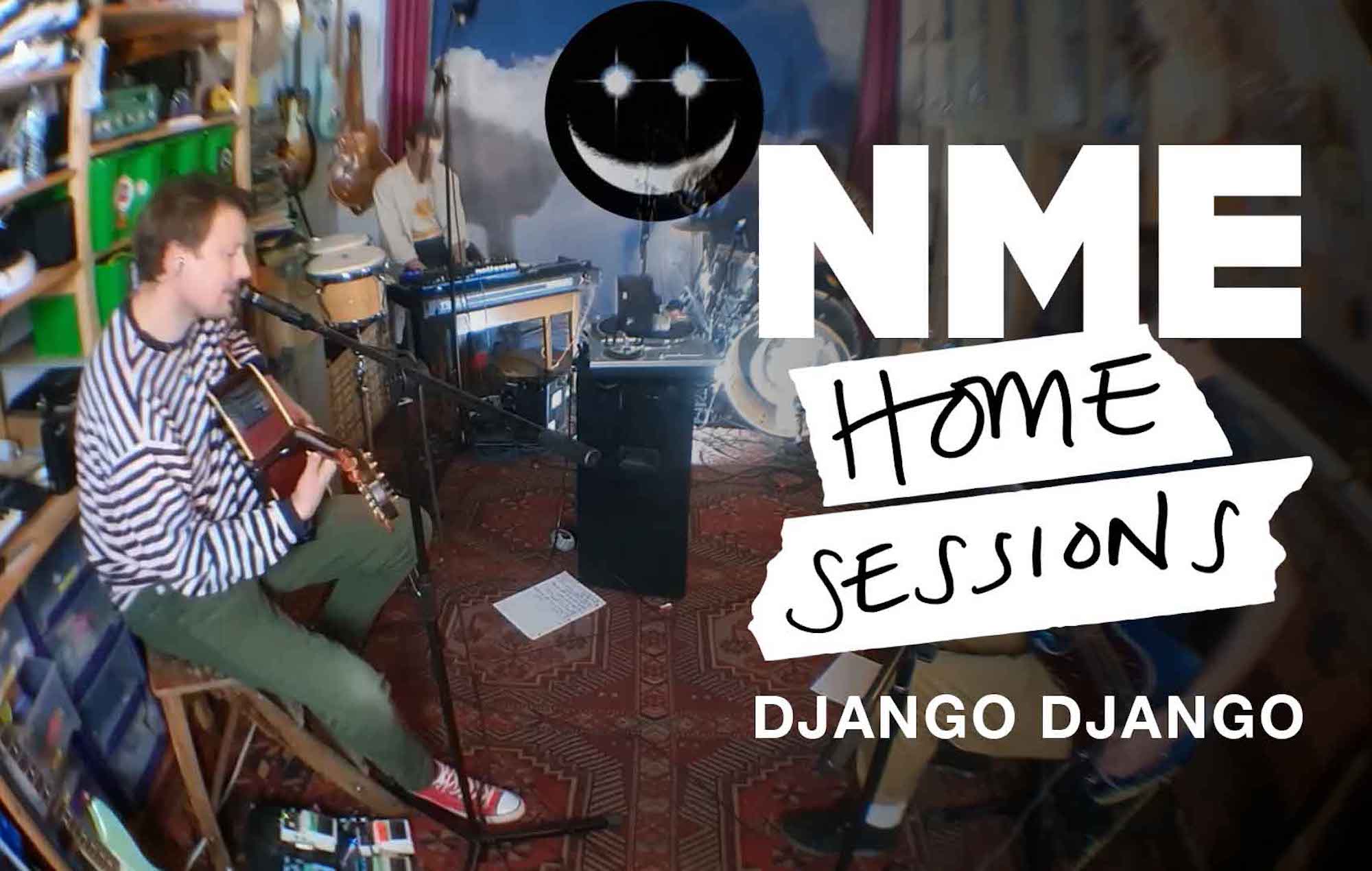 For this week’s NME Home Sessions we’re joined by Django Django for a stellar performance featuring some rather brilliant trippy visuals.

The band made their return earlier this year and are releasing their fourth album, ‘Glowing In The Dark’, in February. It’s set to feature the likes of Charlotte Gainsbourg and Braulio Amado, and will have “a running theme of escape: from despair, from constraints, from small town life, and even, in dreams, from the Earth”.

For their NME Home Sessions performance, Django Django treated us to an exclusive performance of ‘Asking For More’, an unreleased song from their forthcoming album, alongside fan favourite ‘Hail Bop’. You can watch the whole session above.

For more NME Home Sessions, check out an exclusive performance from Charlatans hero Tim Burgess, Anna of the North sharing songs from her EP ‘Believe’ and Marika Hackman covering The Shins’ ‘Phantom Limb’.

Check back soon for more NME Home Sessions from music’s most influential artists, including some big names and rising stars.