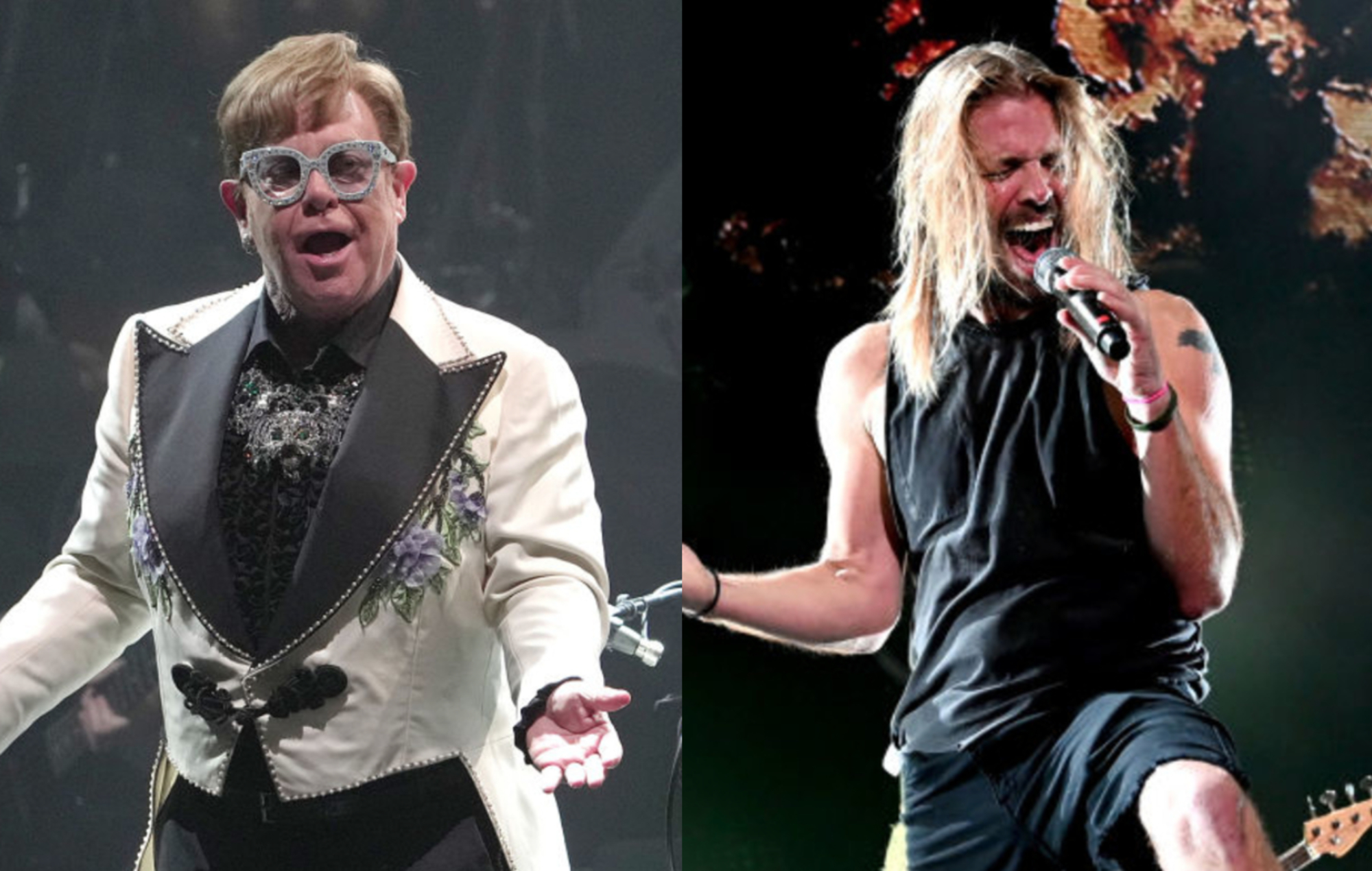 Elton John dedicated a performance of his 1974 song ‘Don’t Let The Sun Go Down On Me’ to Taylor Hawkins last night (March 26) at a show in Iowa – watch below.

The Foo Fighters drummer died on Friday night (March 25) at the age of 50. The band announced the news in a statement on social media; no cause of death was given.

“The Foo Fighters family is devastated by the tragic and untimely loss of Taylor Hawkins,” the statement read. “His musical spirit and infectious laughter will live on with all of us forever. Our hearts go out to his wife, children and family, and we ask that their privacy be treated with the utmost respect in this unimaginably difficult time.”

Tributes have been flowing in all day for Hawkins, including those from Rage Against The Machine’s Tom Morello, Queen guitarist Brian May, Ozzy Osbourne, John Mayer, Sam Fender, Ringo Starr, Nickelback, Incubus and many more.

Last night, Elton John paid tribute to Hawkins during a show at Wells Fargo Arena, in Des Moines, Iowa, which was part of the US leg of his ongoing ‘Farewell Yellow Brick Road’ tour.

Speaking about the passing of the Foo Fighters drummer, John said: “I was so shocked because he played on my ‘Lockdown Sessions’; he was one of the nicest people you could have ever met, and one of the greatest drummers, and a true musician who loved all sorts of music, and loved life.”

John continued: “And it seems so sad that at 50 years of age we’ve lost someone that had that much passion. And it makes me so downhearted for his family and his three children, his wife, his other relatives, and of course the Foo Fighters have lost a dearest loved one that can never ever be replaced.

He added: “His music will live on, but I can tell you he was a great, great guy,” before dedicating a performance of ‘Don’t Let The Sun Go Down On Me’ in memory of Hawkins. You can watch the performance below.

‘Bennie And The Jets’
‘Philadelphia Freedom’
‘I Guess That’s Why They Call It The Blues’
‘Border Song’
‘Tiny Dancer’
‘Have Mercy On The Criminal’
‘Rocket Man (I Think It’s Going To Be A Long, Long Time)’
‘Take Me To The Pilot’
‘Someone Saved My Life Tonight’
‘Levon’
‘Candle In The Wind’
‘Funeral For A Friend/Love Lies Bleeding’
‘Burn Down The Mission’
‘Sad Songs (Say So Much)’
‘Don’t Let The Sun Go Down On Me’
‘The Bitch Is Back’
‘I’m Still Standing’
‘Crocodile Rock’
‘Saturday Night’s Alright For Fighting’
‘Cold Heart’
‘Your Song’
‘Goodbye Yellow Brick Road’

“I dedicate this last song to the one and only Taylor fucking Hawkins,” Gallagher said, as the drummer’s image appeared on the screen behind him. “This is for you, brother.”

The post Watch Elton John dedicate ‘Don’t Let The Sun Go Down On Me’ to Taylor Hawkins appeared first on NME.