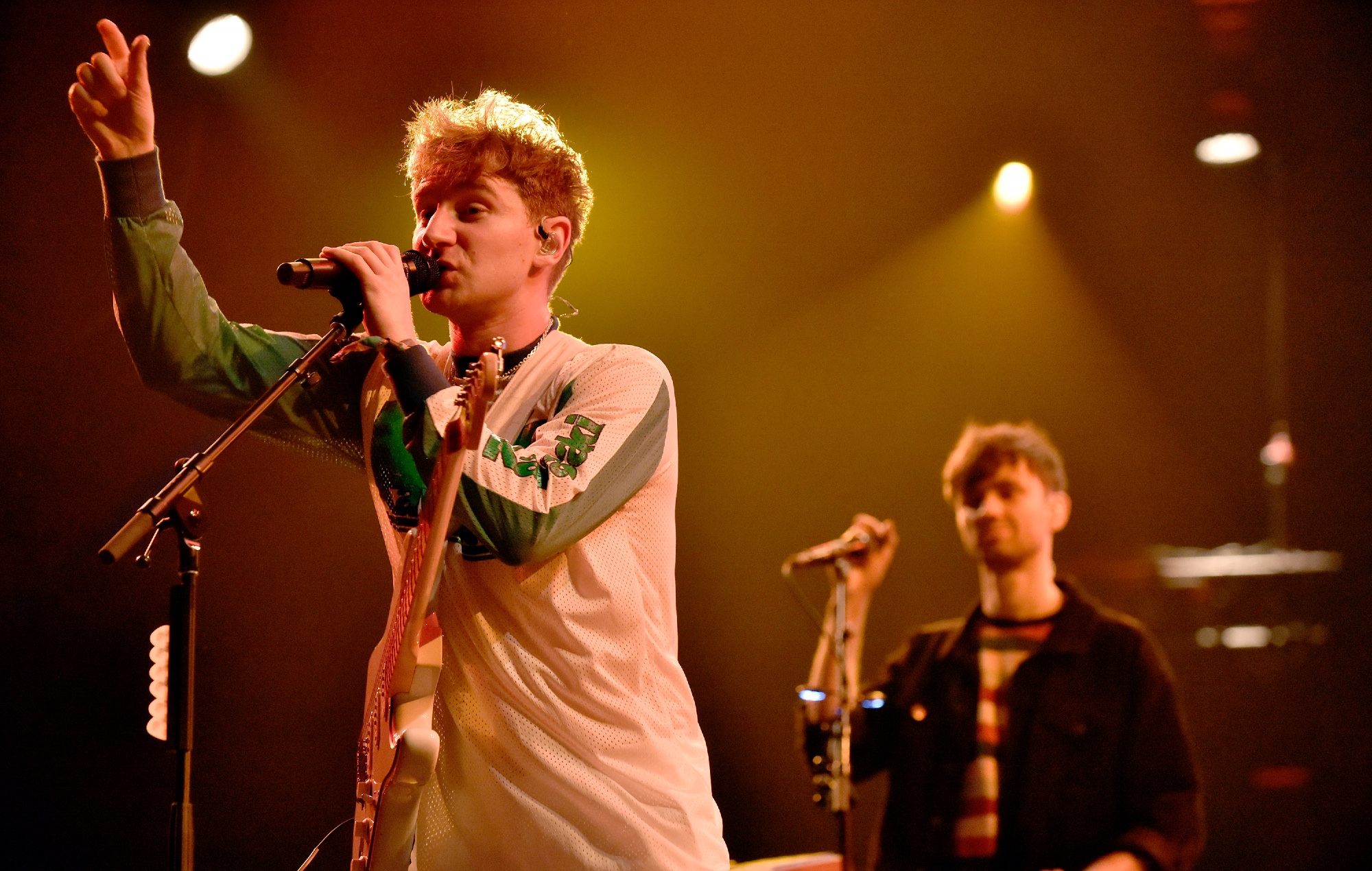 Glass Animals have shared a video of them performing ‘Heat Waves’ on the streets of Hackney.

The spontaneous gig takes place in front of a billboard advertising their upcoming third studio album, ‘Dreamland’. Take a look below.

thank you ppl of hackney, that was weird.

thank you ppl of hackney, that was weird.

The footage of the pop-up event includes a behind-the-scenes glimpse at the start that sees lead singer Dave Bayley confess his nerves over performing, presumably for the first time since pre-global pandemic.

“You know what, I thought I was going to be a bit nervous because this, this is tour for me right now,” he’s shown saying. “This is what touring is like in the corona[virus] age.”

The band then proceeds to play their most recent single, ‘Heat Waves’, which was released in late June.

Bayley had previously shared a stripped-back solo rendition of the track, filmed in the empty concert hall of Hackney Earth, where its music video was shot.

Last month, Glass Animals announced the release of ‘Dreamland’ would be postponed from July to August 7, saying “it couldn’t have felt more like the wrong time to release music”. In a post on Instagram, the band explained their desire to maintain focus on the global Black Lives Matter movement.

“The deaths of Breonna Taylor, George Floyd and Ahmaud Arbery horrified us to our core… and the despicable responses to police brutality and the hideous behaviour of extremists that followed were completely heartbreaking,” they explained.

“All eyes and minds needed to be focused on civil rights and understanding how to defeat prejudice, and we made the decision to pause our album release plan indefinitely.”