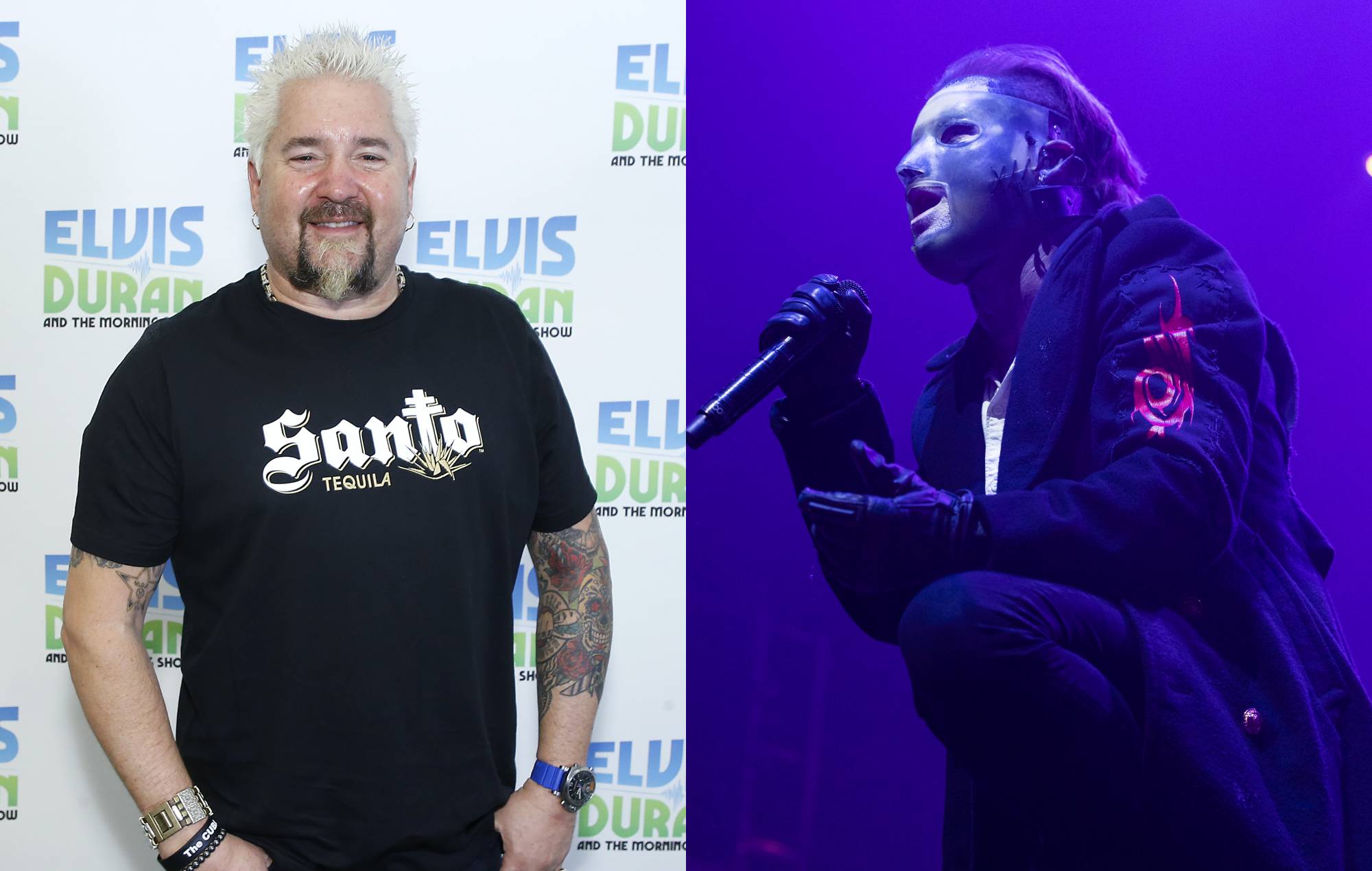 A clip of Guy Fieri headbanging in the front row at a Slipknot show in 2019 has gone viral on TikTok – you can see the video footage below.

The US restaurateur and TV presenter was captured on camera by Alexandria Crahan, the photographer daughter of Slipknot co-founder and percussionist Shawn “Clown” Crahan.

Crahan shared the footage, which she took from the side of the stage during a Slipknot gig in California, on TikTok on Sunday (May 16).

“It was like a beautiful fever dream,” she wrote in the caption to the clip, which includes footage of Fieri enjoying the Slipknot show while stood in the front row, before ending with a picture of Crahan and Fieri meeting after the gig.

In other Slipknot news, “Clown” has teamed up with Hollister Cannabis Co. and Heavy Grass for an exclusive line of pre-rolled ‘Clown Cannabis’ joints.

According to press material, “Clown” has long been an advocate of marijuana’s reported medical benefits: from easing anxiety and nausea to assisting with a range of chronic and inflammatory conditions. In a statement, “Clown” said: “Remember, it’s just medicine.”

Slipknot are among the bands who will feature in the upcoming Sky Arts TV series Reloaded, which will include archive footage from previous performances at Download Festival.

“The past two years without Download Festival have been tough for us all, so we’re delighted to be able to bring some of the biggest and best Download performances to your living rooms this year,” Andy Copping, the festival’s booker, said in a statement.