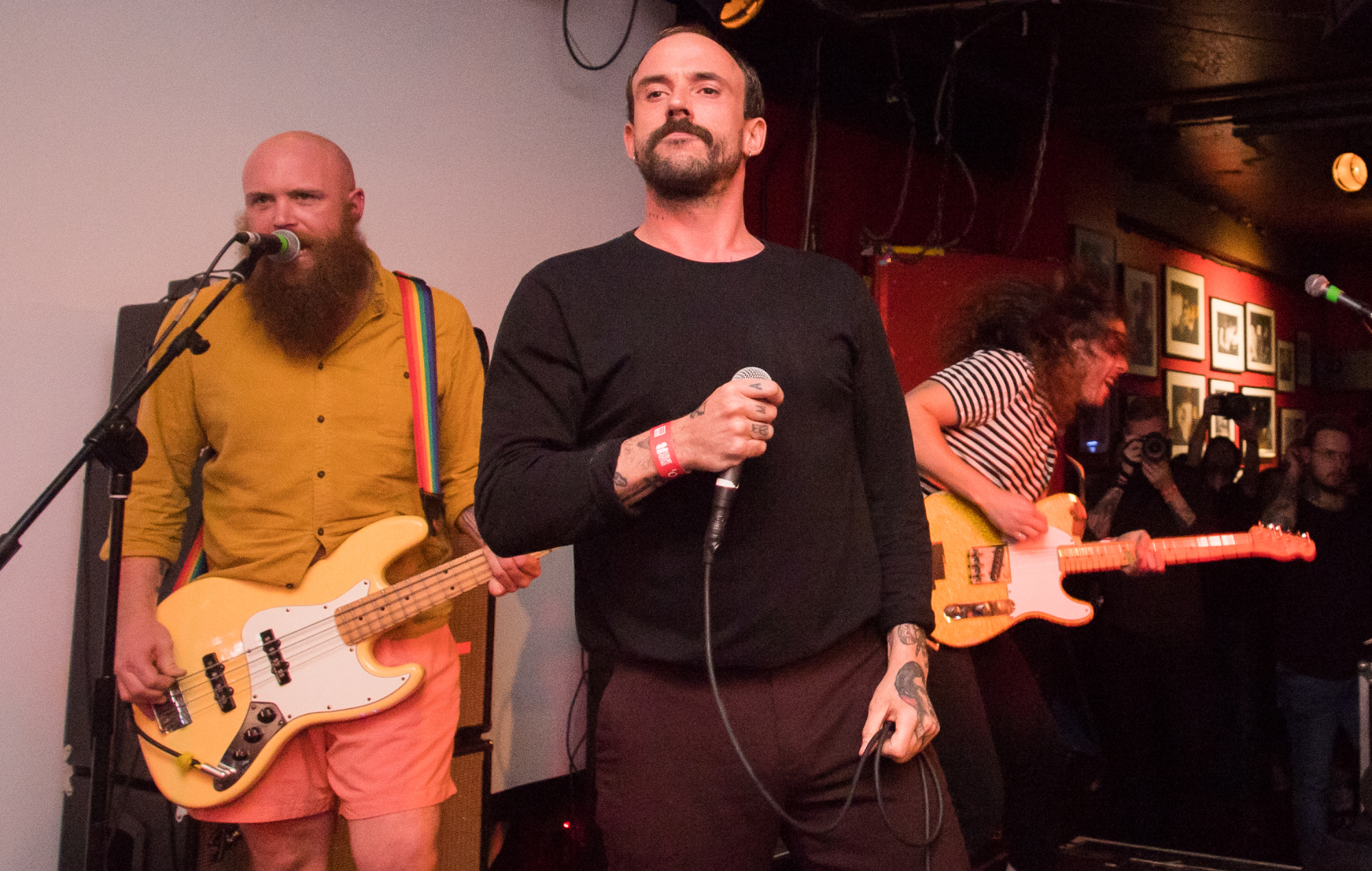 IDLES have shared the striking new video for ‘Reigns’, the latest track to be released from their third album ‘Ultra Mono’.

The new visuals for the thunderous song see the Bristol punks offering an initial image of familiarity, as a variety of families sit down in their homes to watch a nature documentary.

But the clip then takes a sinister twist when their apparent boredom is replaced with sheer joy when they’re shown scenes of tigers ferociously attacking a herd of wildebeest in the wild.

You can watch IDLES’ video for ‘Reigns’ below.

This latest IDLES video follows on from the black-and-white animated clip for ‘Kill Them With Kindness’, which debuted last month.

The video saw the band immortalised in cartoon form alongside a series of increasingly surreal images that are presented throughout the clip.

The band will embark on an intimate in-store tour of the UK in April before a planned summer tour of the UK and Europe, with support from Anna Calvi, Jehnny Beth, Cate Le Bon and more.

They will also open for Pearl Jam at BST Hyde Park, alongside Pixies.