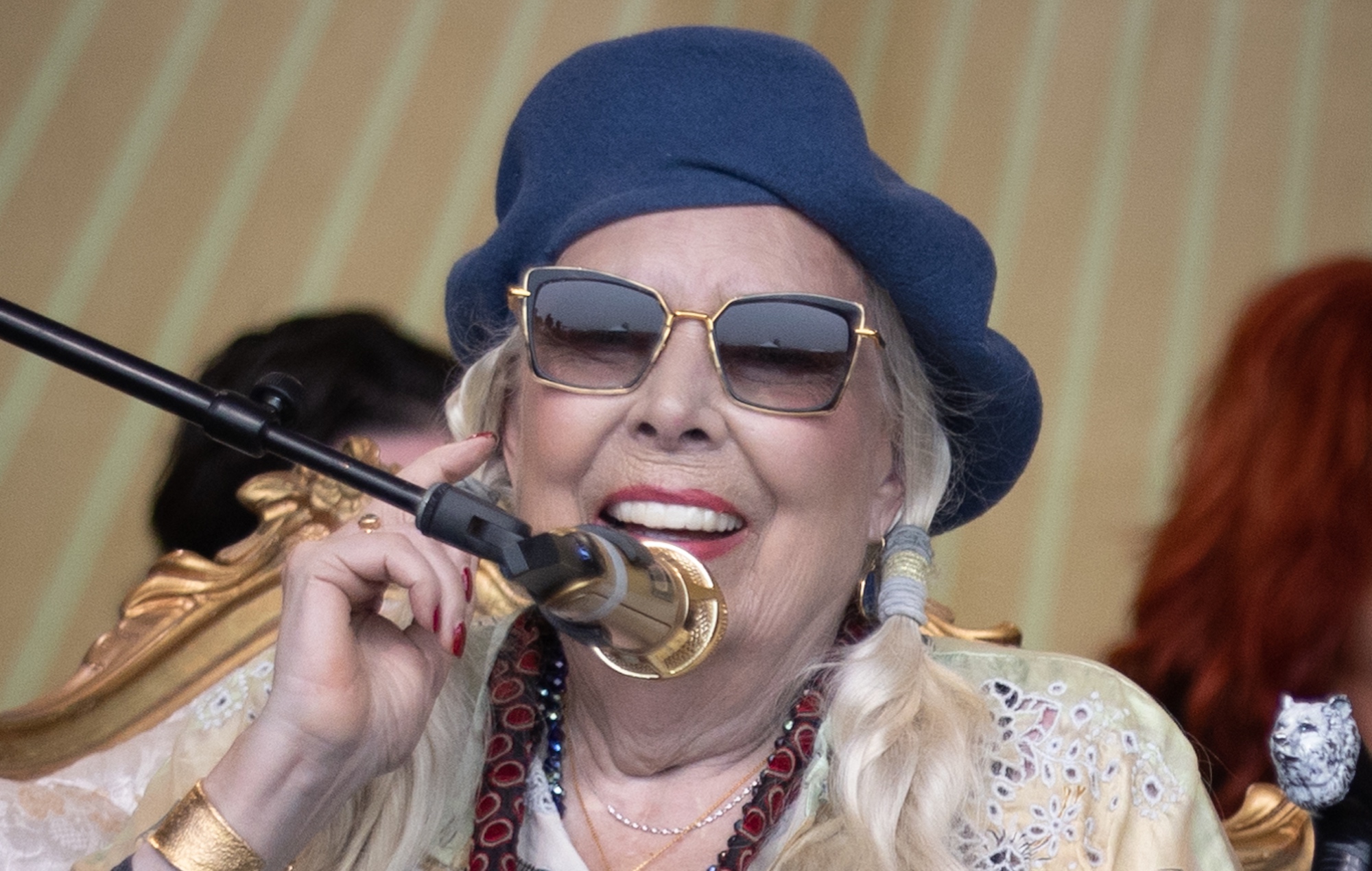 Joni Mitchell surprised the crowd at Newport Folk Festival over the weekend when she joined Brandi Carlile on stage for two songs.

Fans were treated to a rare performance from the music legend when she appeared during Carlile’s set on Sunday (July 24). Together, the pair sang Mitchell’s classics ‘Both Sides Now’ and ‘A Case Of You’, released in 1966 and 1971, respectively. She also played the guitar solo from her 1974 song ‘Just Like This Train’.

Fan-shot footage from the performance shows the tenderness that 78-year-old Mitchell still captures in her vocals, with a visibly emotional Carlile seated beside her. Watch it below.

It was Mitchell’s second time appearing at the three-day festival since 1968, which took place in Newport, Rhode Island.

It also marked her second public performance this year, following on from an appearance back in April at the MusiCares’ 2022 Person of the Year gala. She was awarded the titular honour at the event, and celebrated with renditions of her 1970 classics ‘Big Yellow Taxi’ and ‘The Circle Game’, joined by Carlile, Beck, Cyndi Lauper, Stephen Stills, Jon Batiste and more.

It was the first time she’d performed live since 2013, when she’d given two impromptu performances at events where she’d been invited to recite poetry. Prior to that, her last live shows were in 2002, two years after she retired from touring.