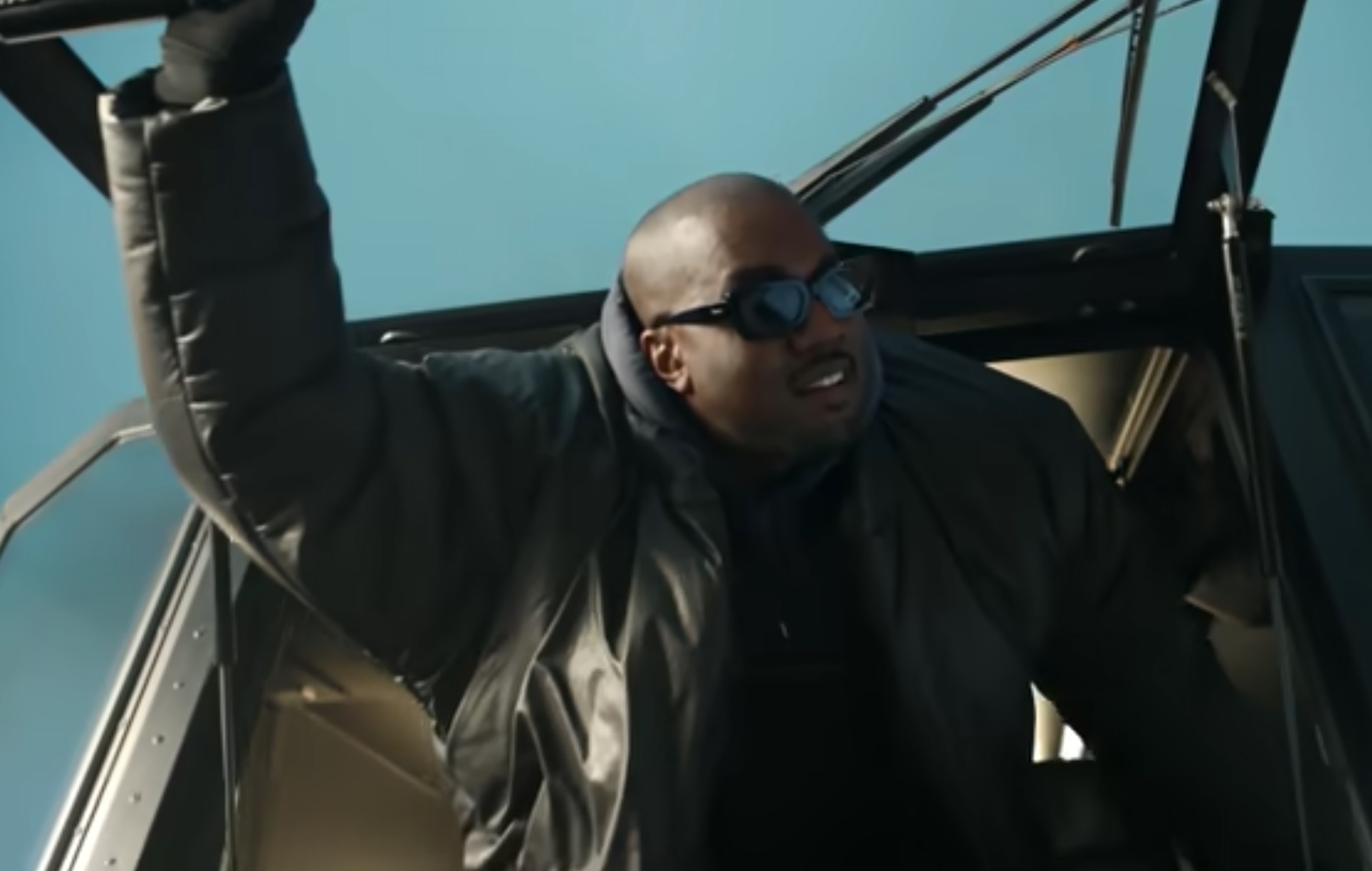 Kanye West made a cameo in a McDonalds advert that aired during last night’s (February 13) Super Bowl – check it out below.

The 30-second advert, titled ‘Can I Get Uhhhhhhhhhhhh’, sees customers struggling to think of what to order at the fast food restaurant.

At one point towards the end, Kanye then pulls up to the drive thru in a military-style tank, before opening up a gull wing door and, like everyone else, struggling to decide what to order.

Check out the advert below.

Aside from the new advert, it’s been a busy weekend for West. On Saturday (February 12), he broke the news that Kid Cudi would not be appearing on his forthcoming ‘DONDA 2’ album, citing his Kids See Ghosts collaborator’s friendship with Pete Davidson (who is currently dating West’s estranged wife, Kim Kardashian). The pair became embroiled in a feud after Cudi responded to West – calling him a “fuckin dinosaur” – leading to an onslaught of since-deleted Instagram posts.

Though the first batch of those posts – which included a riff on the poster for Captain America: Civil War, with the characters changed to include himself, Davidson, Kardashian, Billie Eilish, Taylor Swift, Drake and more – have been scrubbed from the web, a new batch was posted yesterday (February 13), with West opening up about his feelings that Cudi had betrayed him.

He then later added Machine Gun Kelly to his long list of current beefs.

Elsewhere in Super Bowl ads, the epic first trailer for The Lord Of The Rings: Rings Of Power, the record-breaking new TV show from Amazon Prime Video, new footage from Marvel’s Doctor Strange In The Multiverse Of Madness and a recreation of The Sopranos‘ iconic opening credits were all written into ad breaks.