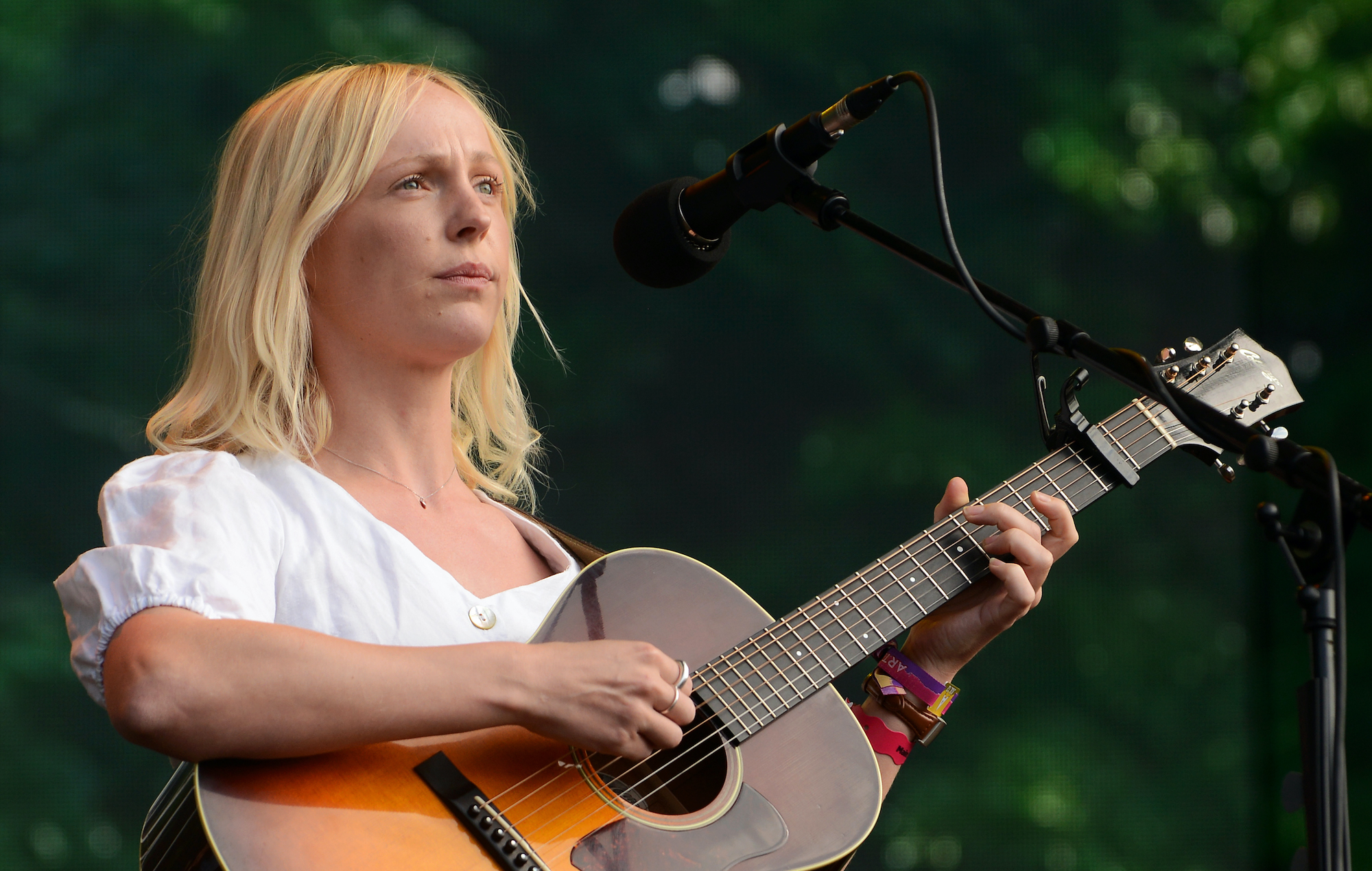 Laura Marling performed in front of the Pyramid Stage as part of the BBC’s The Glastonbury Experience 2020 yesterday (June 27).

The singer-songwriter was one of many artists set to feature on the bill for the Worthy Farm festival before it was forced to be cancelled due to the coronavirus pandemic.

Marling played a version of her song ‘Strange Girl’, which features on her latest album ‘Song For Our Daughter’, in front of the Pyramid Stage structure, cows and a plane. Adhering to social distancing regulations, Marling was not joined by her backing band for the performance. Watch it below now.

The performance was part of a special broadcast from the BBC on location at the Glastonbury site. Fans of the festival began speculating that a live show could still happen from Worthy Farm this weekend after lorries resembling outside broadcast trucks were spotted on the festival’s official webcam.

As well as Marling, Glastonbury 2020 was due to feature appearances from headliners Kendrick Lamar, Paul McCartney and Taylor Swift, as well as the likes of Lana Del Rey, Haim, Dizzee Rascal, Thom Yorke and more. Festival organiser Emily Eavis has said the Glastonbury team are now “rolling two festivals together for 2021” and she hoped McCartney would headline next year instead.

Meanwhile, Chris Martin and Michael Eavis have recalled how filling in for The Strokes at the annual Pilton Party event for Glastonbury locals led to Coldplay headlining the festival for the first time.

Eavis said he offered the band the bill-topping spot for the 2002 festival after they stepped in for the smaller show at the last minute, but was told by their agents and management they weren’t “quite ready”. “I said, ‘But he is, he’s an absolutely perfect headliner’,” Eavis explained. “And, of course, [Martin] was – and he’s never looked back since that gig, has he?

“2002, the Friday night, it was so good. Every single song he makes is a hit. He’s so good. He’s such a star. Every time he plays, he gets better every time. We’re longing for him to come back, of course. He can come and call in and do the milking any time.”