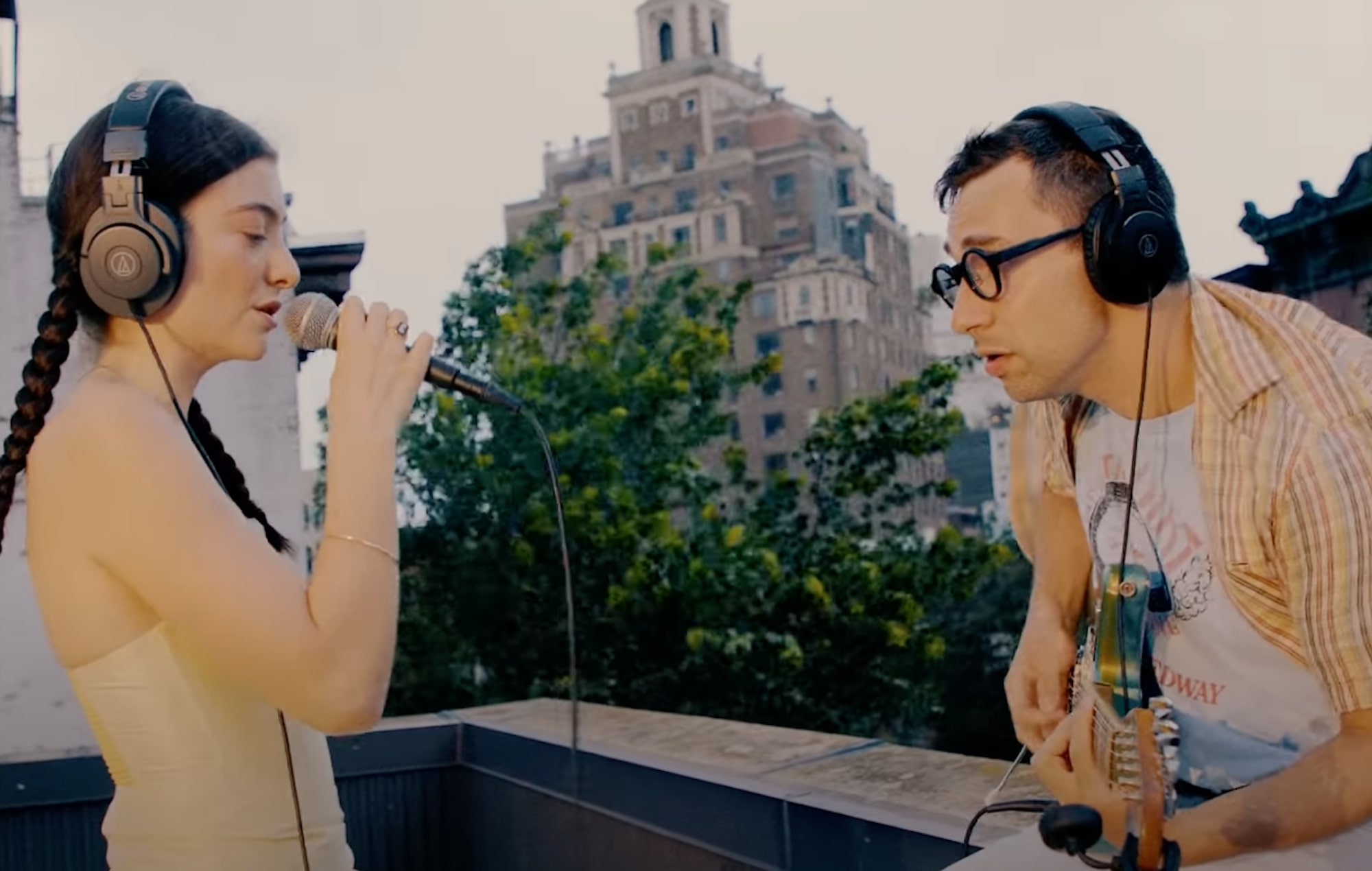 Lorde has shared a new live video of her performing ‘Solar Power’ on a blustery rooftop in New York with Jack Antonoff.

The song is the title track of the star’s upcoming second album and the performance follows another rooftop rendition of it that Lorde performed for The Late Show with Stephen Colbert.

In the new video, Lorde and Antonoff – who produced ‘Solar Power – perform the track as wind whips around them and rain starts to fall on the rooftop of Electric Lady Studios. The version is stripped back to just Lorde’s vocals and Antonoff’s electric guitar.

At the beginning of the clip, Antonoff asks: “Are we supposed to be up here with lightning?” Watch ‘Solar Power (Summer Storm Version)’ below now.

Lorde also shared a performance from the same rooftop shot in sunnier weather. Watch that version below.

Earlier this week, the New Zealand pop star said she doesn’t want to explain her lyrics anymore. “As I get older, I find myself saying, ‘No actually I’m not gonna explain that song’,” she said during an appearance on Hot Ones.

“Not because I necessarily need it left to interpretation, but because it’s about something that’s very precious to me.”

‘Solar Power’ will be released on August 20. Earlier this month, Lorde shared the second track from it in ‘Stoned At The Nail Salon’. The record is the follow-up to her acclaimed 2017 album ‘Melodrama’.

Lorde will take the new record out on the road next year, with UK live dates scheduled for May and June.