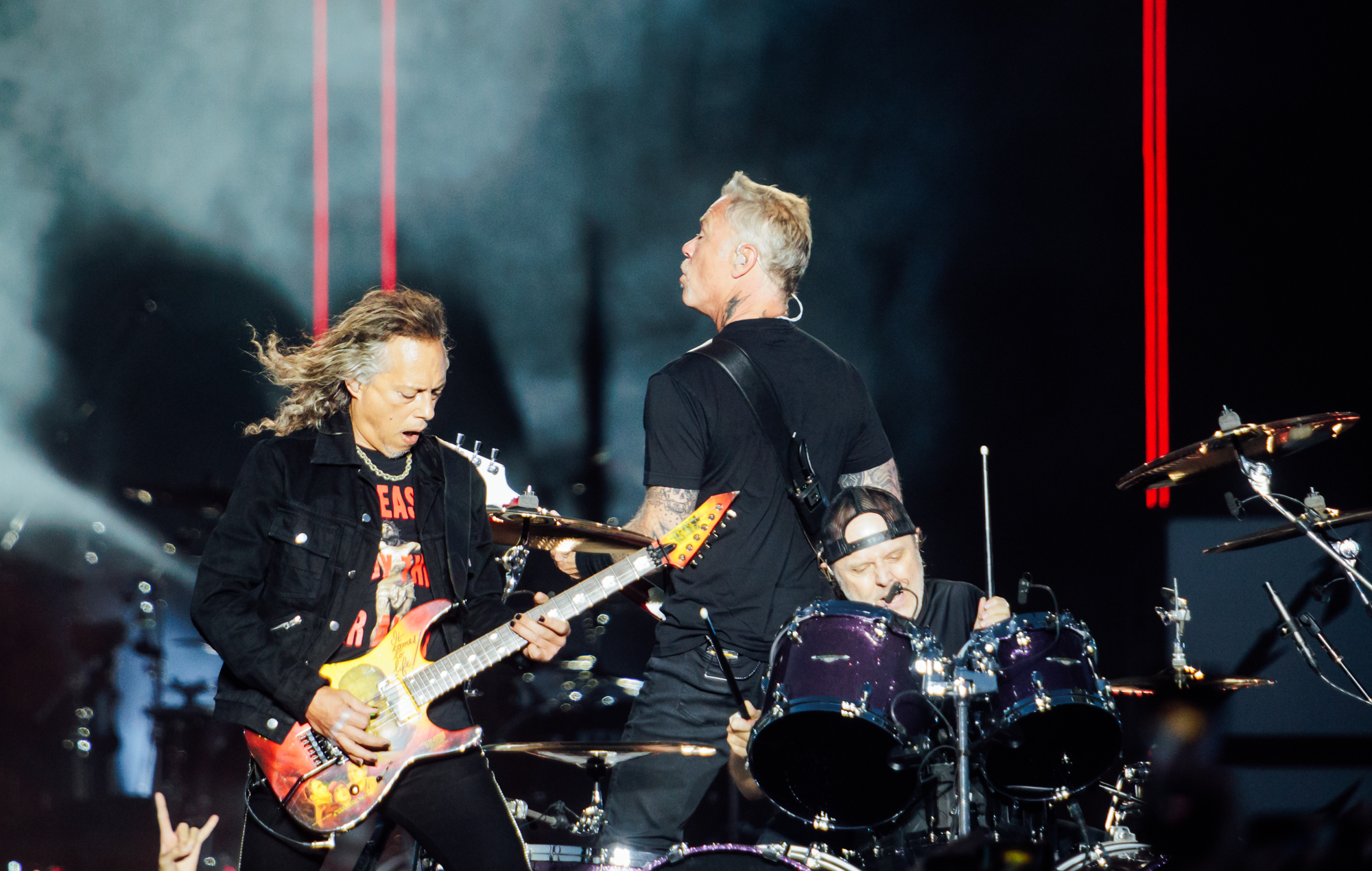 Metallica have shared the first-ever video for ‘Master Of Puppets’ following the classic track’s recent resurgence.

There’s been a huge renewed interest in the 1986 song of late after it soundtracked a pivotal scene in the Stranger Things 4 finale.

‘Master Of Puppets’ has since bagged Metallica their first UK Top 40 single in 14 years, with the band also entering the Billboard Hot 100 for the very first time. Additionally, online streams of the song have significantly increased.

Now, Metallica have posted an all-new official lyric video for the track which includes an array of dark and twisted imagery. Opening with the group’s iconic logo, the fast-paced visuals takes us through animated shots of neon crucifixes, lightning, puppets on strings and more.

The lyrics, meanwhile, are displayed in a white, all-caps font. Check out the new ‘Master Of Puppets’ video here:

In the finale of Stranger Things‘ fourth season, Eddie Munson (portrayed by Joseph Quinn) plays the track on a rooftop in the Upside Down to distract a horde of demonic bats protecting the lair of sinister villain Vecna (Jamie Campbell Bower).

“Are you ready for the most metal concert in the history of the world?” Munson says before picking up his guitar at the start of the scene in question.

Earlier this month, Metallica praised Stranger Things creators the Duffer Brothers in a statement on social media – saying they were “totally blown away” by how the metal-inspired scene turned out.
“The way the Duffer Brothers have incorporated music into Stranger Things has always been next level, so we were beyond psyched for them to not only include ‘Master of Puppets’ in the show, but to have such a pivotal scene built around it,” the band wrote.”It’s so extremely well done, so much so, that some folks were able to guess the song just by seeing a few seconds of Joseph Quinn’s hands in the trailer!! How crazy cool is that?”