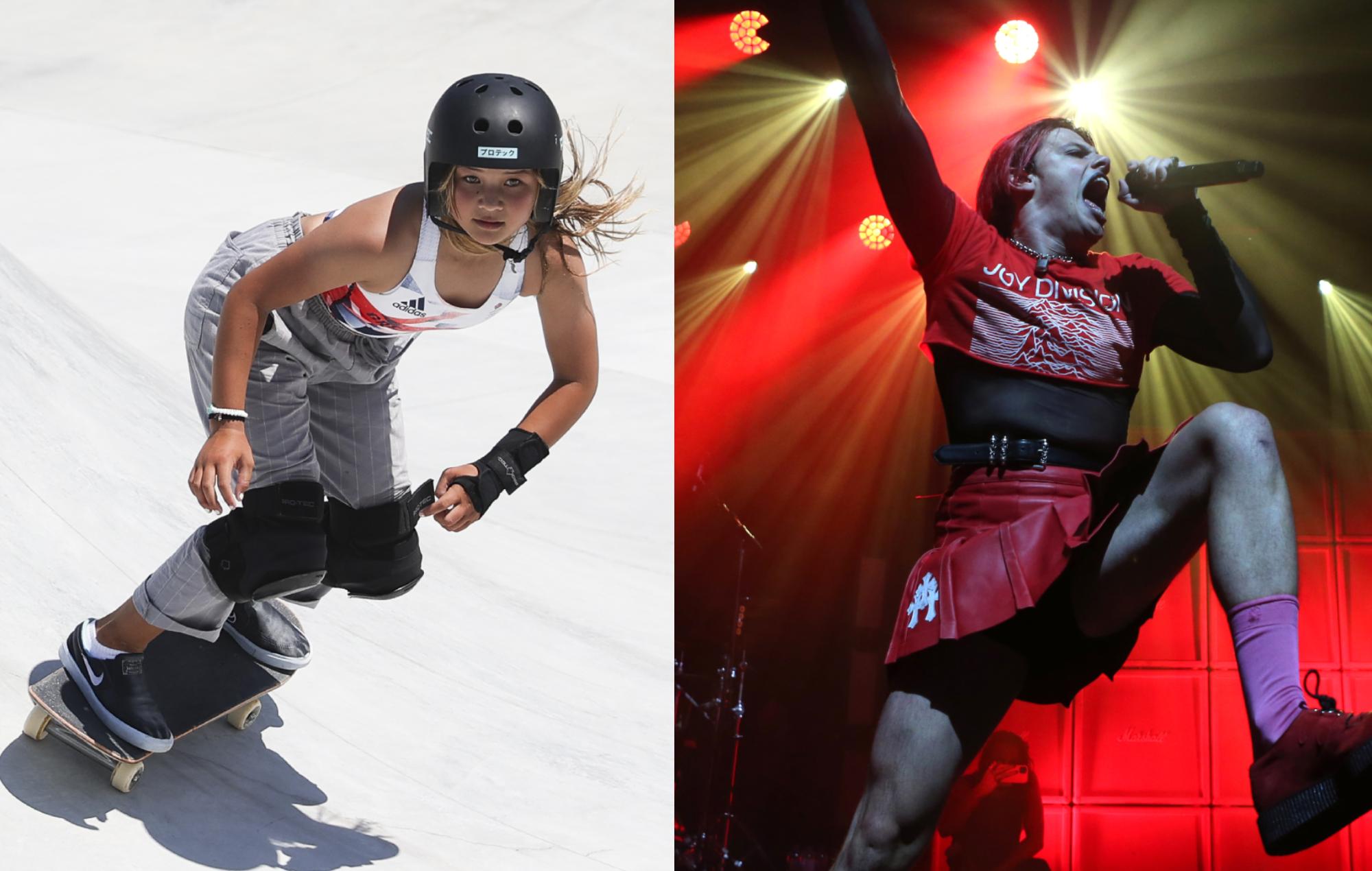 In a From The Top video shared on the official Olympics YouTube channel Brown teaches the artist how to stand on a skateboard and push off into a roll. ​”I’m a terrible skateboarder, and completely dressed inappropriately for today’s activities…” yungblud (real name Dominic Harrison) says at one point before falling over off-camera.

The Elton John-executive produced clip shows Brown, 13, discuss her career as the world’s youngest professional skateboarder, as well as a horrifying accident she suffered last year after falling off a 15-foot halfpipe.

Brown recovered well, however, and eventually went on to take home bronze for Great Britain in the 2020 Tokyo Olympic games, which concluded earlier this month.

The footage filmed in Venice Beach, California is part of the From The Top series, which is described as a “music and sports crossover series’ that’s executive produced by Elton John and “introduces Olympians with musical artists both at the top of their game and examines the similarities of their paths to greatness”.

In other news, this month Yungblud released his new, standalone single ‘Fleabag’.

Speaking about the song, Harrison said in a statement: “I wrote ‘Fleabag’ in a really dark time of my life, when a lot of people around me had an expectation about what I should be. To tell you the truth, it’s about being fucking gutted about people judging me and trying to tear me down. I felt so alienated, I felt so alone.

“When everybody else has an expectation of what you should be or have their own version of your truth it messes with your brain because you start to think, ‘Maybe they’re right, maybe they do know what’s best for me, maybe I should change who I am’.”

He continued: “But ultimately I believe to my core – it’s the foundation I built my whole ideology around, that self-expression and the right to be unconditionally yourself is the best thing you can be. Nobody should determine how you express yourself except YOU. You are brilliant, you are beautiful, you are individual just by breathing.”