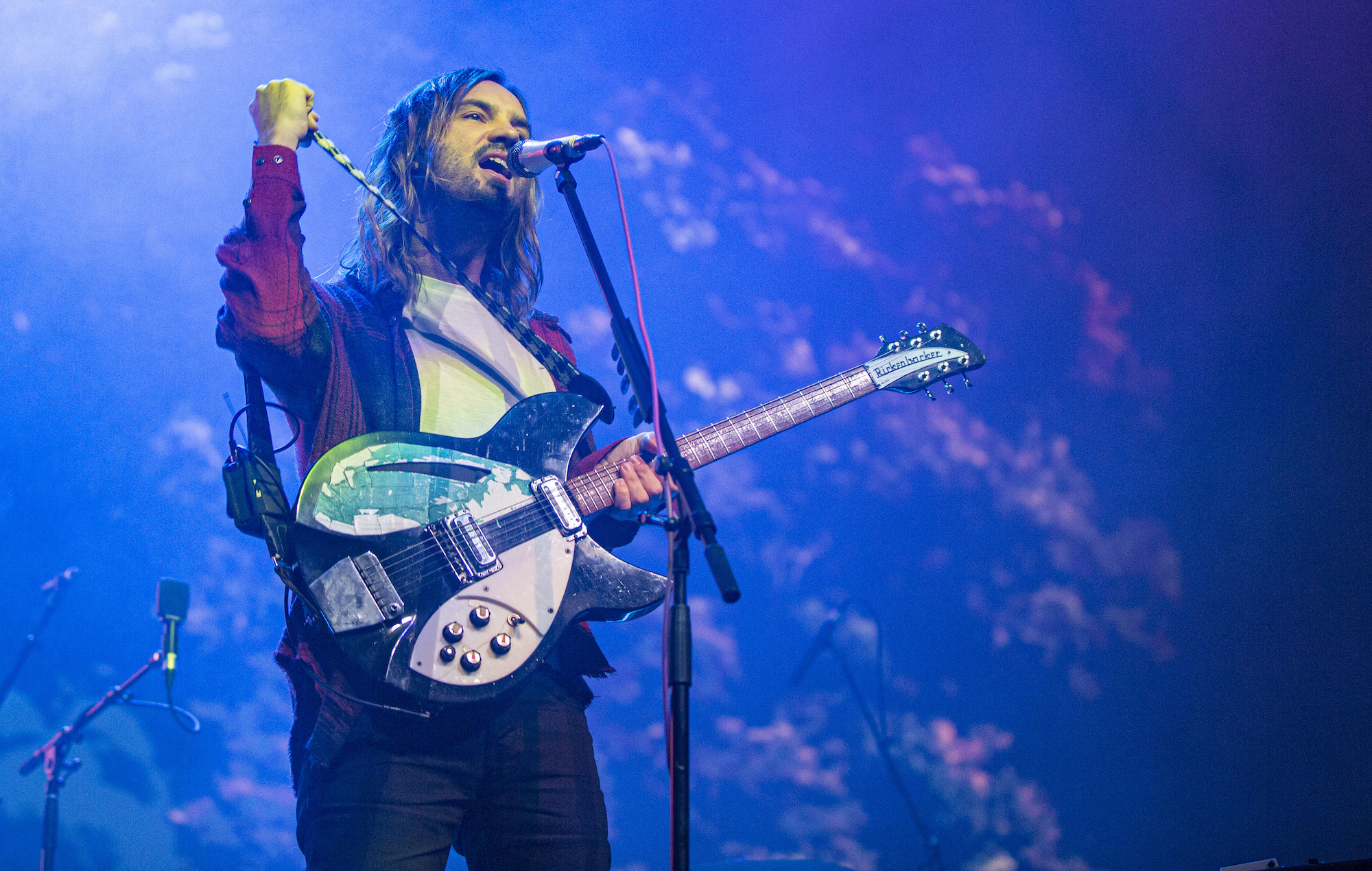 Tame Impala have returned to full-band live shows for the first time in 2021, kicking off their rescheduled ‘Rushium’ tour at the United Center in Chicago on Tuesday (September 7).

The performance was the first to feature all five members of the Tame Impala touring band since March 2020, where the band’s North American tour was ultimately cut short on account of the COVID-19 pandemic.

The band performed songs from all four of their albums, including ‘InnerSpeaker”s ‘Runway, Houses, City, Clouds’ – which the band had not played live since 2013.

Also on the setlist was a cover of Travis Scott‘s ‘Skeletons’, which was produced by Tame Impala bandleader Kevin Parker. During Scott’s Saturday Night Live performance in 2018, Parker played bass on the song, accompanied by John Mayer on guitar.

Watch a snippet of the band’s version of ‘Skeletons’ from the show below, via Travis Scott’s subReddit:

Elsewhere, the band performed many of their best-known songs, including ‘The Less I Know the Better’ – which hit one billion streams in May. They also premiered several cuts from ‘The Slow Rush’, opening and closing the show with the album’s first and last songs, ‘One More Year’ and ‘One More Hour’ respectively.

Watch the band perform ‘One More Hour’ via a fan-shot video below:

Upon most of the band returning to Australia following the cancellation of their US tour dates last year, three of its members – Parker, plus multi-instrumentalists Dominic Simper and Jay Watson – reconvened under the moniker of Tame Impala Sound System. The trio performed largely electronic renditions of the band’s songs across two nights at Perth’s Metro City in March of this year.

A four-piece version of the band – featuring drummer Julien Barbagallo, with Watson filling in for Cam Avery on bass – then gave a surprise performance at the West Australian Music awards (WAMs) ceremony later that month, playing ‘Solitude is Bliss’.

This line-up would go on to film a livestream from Wave House in Yallingup, where Parker recorded debut album ‘InnerSpeaker’. The band commemorated the ten-year anniversary of the album by performing it in its entirety.

Tame Impala are set to continue their tour through North America, where proof of either full vaccination or a negative COVID test are required for entry. They will also perform two shows at the Hollywood Bowl in Los Angeles, with Perfume Genius opening for them.

Tame Impala’s setlist at the United Center in Chicago was: