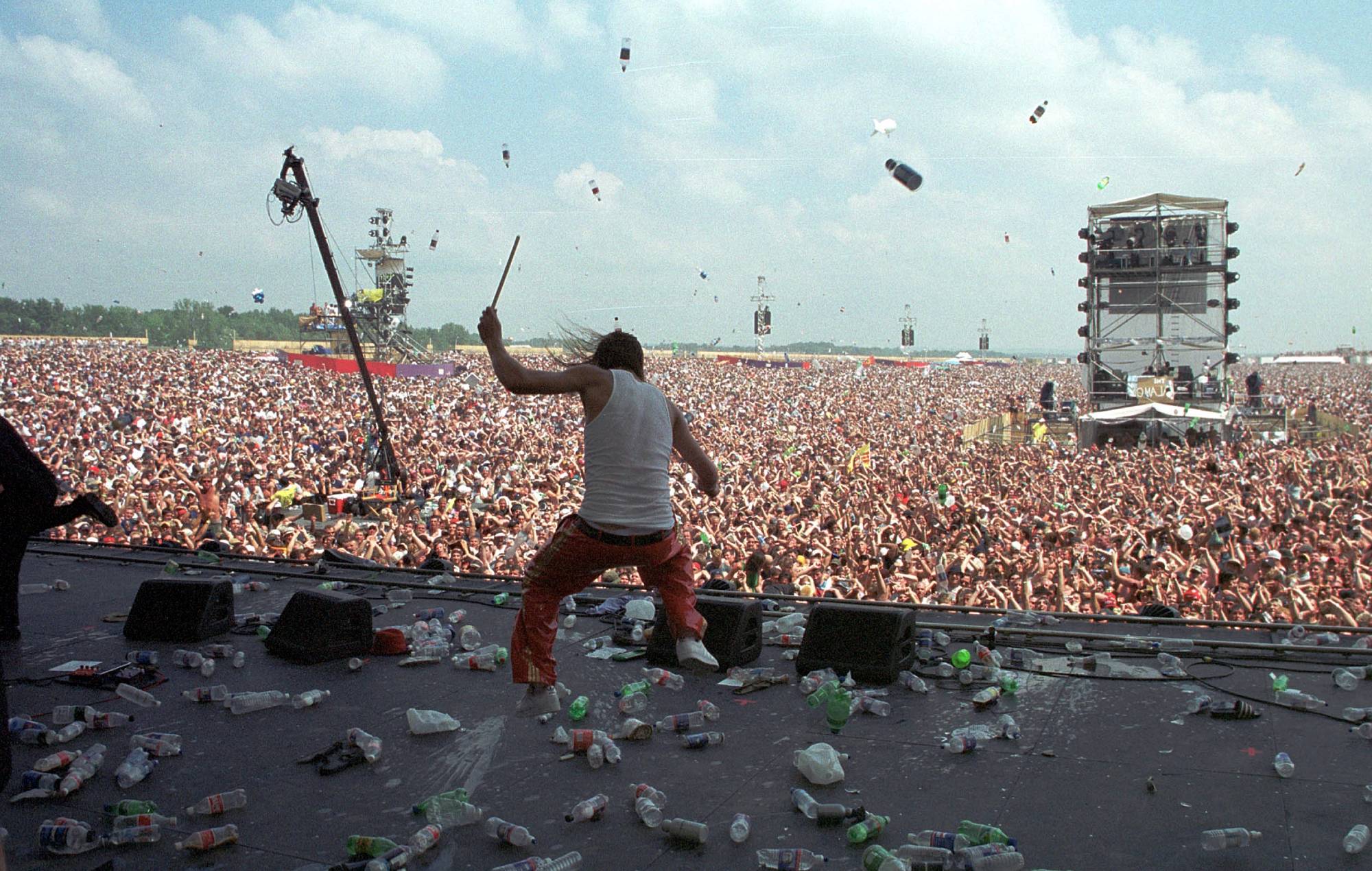 A new trailer for the forthcoming HBO Max documentary Woodstock 99: Peace, Love and Rage has been released – you can watch the chaotic clip below.

The film is part of the network’s new Music Box documentary series, which is being produced by Bill Simmons.

Woodstock 99: Peace, Love and Rage, which was directed by Garret Price, looks back at the ill-fated 1999 edition of Woodstock, which was held on a remote former Air Force Base in upstate New York.

The documentary includes interviews with Woodstock organisers Michael Lang and John Scher, as well as with musicians such as Moby, The Roots’ Black Thought, Korn’s Jonathan Davis and members of The Offspring.

“How did an iconic celebration of harmony descend into mayhem?” a brief synopsis for the film asks. “Woodstock 99, the first film in Bill Simmons’ Music Box HBO series, examines how the festival collapsed under the weight of its own misguided ambition.”

You can watch the first trailer for Woodstock 99: Peace, Love and Rage above.

Other films in the Music Box series include upcoming documentaries on Alanis Morissette, Kenny G and the late DMX and Juice WRLD.

Back in January, a legal dispute between the Woodstock 50 festival – which was cancelled in 2019 – and its financial backer was reportedly resolved out of court.

The post Watch the chaotic trailer for ‘Woodstock 99: Peace, Love and Rage’ appeared first on NME.