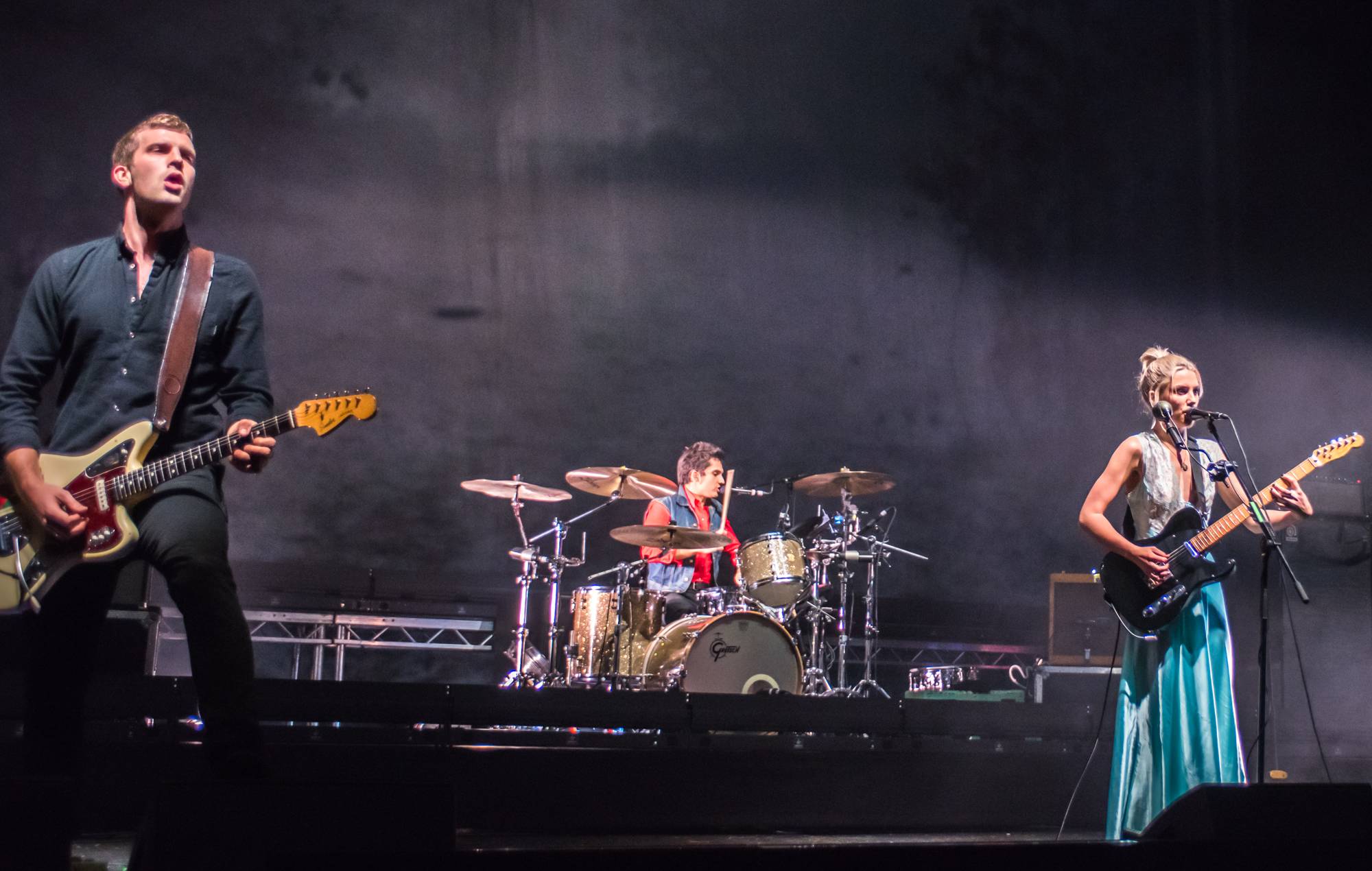 Wolf Alice performed their latest single ‘Smile’ during a remote guest appearance on The Late Late Show with James Corden last night (May 4) – you can watch their performance and interview with Corden below.

The four-piece played the track on Corden’s US chat show to further promote their upcoming third album ‘Blue Weekend’, which is now set for release on June 4.

Wolf Alice performed ‘Smile’ on The Late Late Show after speaking to the host on Zoom about previously playing basketball together, having to experience lockdown in Belgium when the coronavirus pandemic hit last year and the band’s upcoming live shows, including their forthcoming sets at Reading & Leeds Festival.

“I can’t wait, James,” singer and guitarist Ellie Rowsell told Corden about the band’s return to live music. “I’m bricking it, to be fair, but I can’t wait. I miss all of our fans and I wanna see them, because it’s been far too long.”

Corden then joked with Wolf Alice about having to explain what the term “bricking it” means to his US audience, before he then introduced the band’s remote performance of ‘Smile’, which was filmed in the UK – you can watch it above.

Wolf Alice were recently added to the line-up for Reading & Leeds 2021, which is set to take place from August 27-29. The likes of Machine Gun Kelly, Slowthai and Denzel Curry have also joined the bill for this year’s festivals.

Wolf Alice recently brought forward the release of ‘Blue Weekend’ by a week.