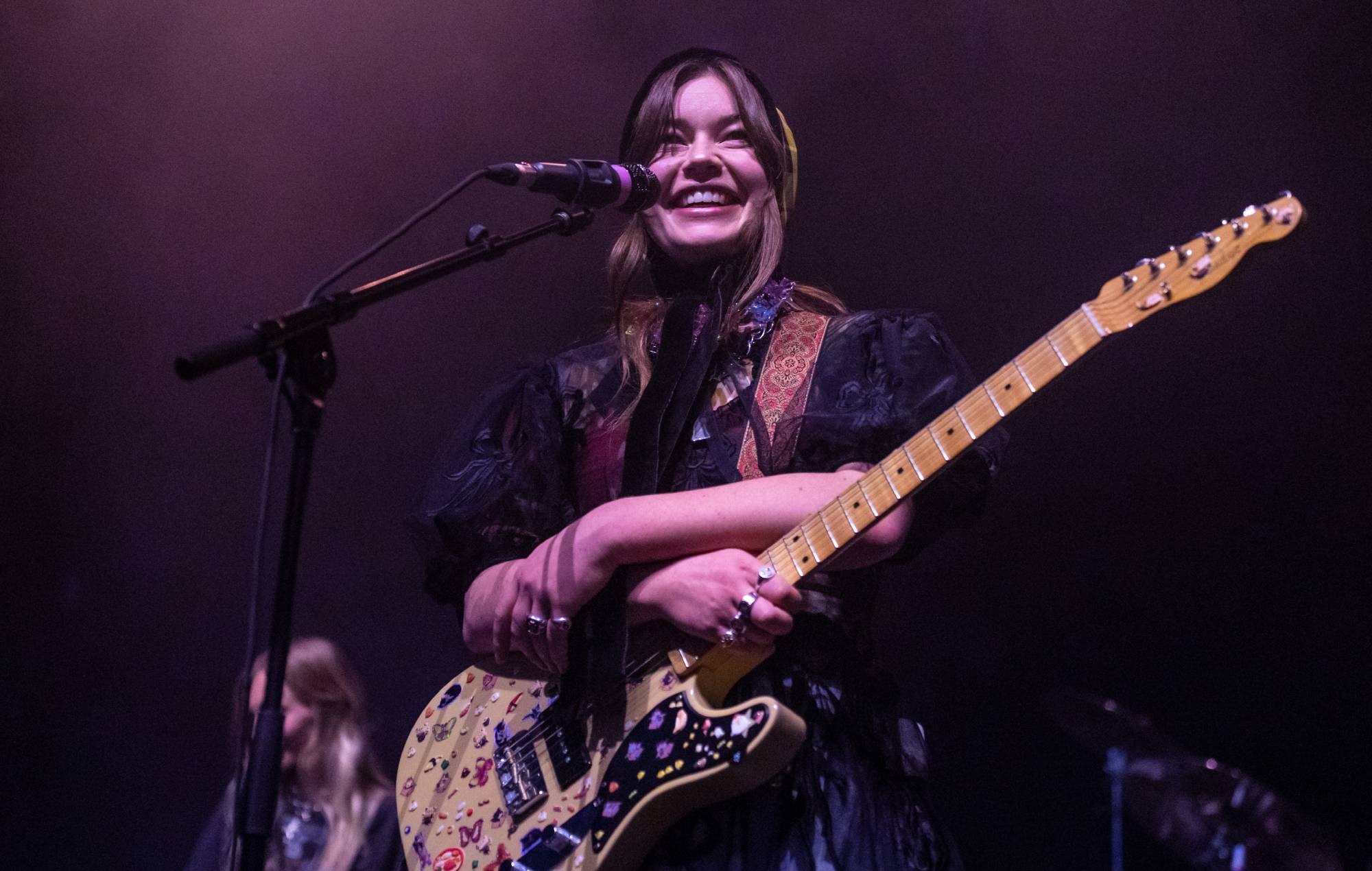 In little over a year, Wet Leg have gone from playing their first-ever headline show at London’s 320-capacity Omeara to selling out two nights at the 2300-capacity O2 Forum Kentish Town. Along the way there have been support slots with the likes of Sports Team, Declan McKenna and IDLES, as well as Grammy and Mercury Prize nominations, plenty of live TV appearances and their own giddy headline tours on both sides of the Atlantic. It’s undoubtedly been a rapid rise for one of the most exciting and interesting guitar bands around, but there are no signs of any growing pains on-stage tonight.

Opening with a thundering ‘Being In Love’ and the bouncing swagger of ‘Wet Dream’ (complete with synchronised claps), Wet Leg have the sold-out room in the palm of their hand from the off. “Bloody nora! What the hell,” Rhian Teasdale exclaims as she looks out at the good-natured carnage caused by the swaying ‘Supermarket’. “This is nice,” she adds, with a grin.

A more streamlined version of the set they played during their April tour, Wet Leg perform tonight for just 45 minutes – but they make every second count. The Hester Chambers-led ‘Convincing’ is a burst of spaghetti western escapism, while the grunge-pop of ‘I Don’t Wanna Go Out’ is dreamy but attention-grabbing.

The entire performance is sleek, relying heavily on the anthems of their “instant classic” self-titled debut album. Even their unreleased tracks are treated like indie disco staples, though: ‘I Want To Be Abducted (By A UFO)’ sees the band veer into urgent garage punk, while the Wolf Alice-inspired ‘Obvious’ starts with Teasdale alone on-stage before the beautiful track bares its teeth when the rest of the band join in.

Live, Wet Leg really amp up the dynamic flamboyance of their music. A rapid ‘Too Late Now’ shakes the foundations of the room before a breathless, venue-wide singalong breaks out, while ‘Angelica’ confidently flickers between industrial rage and twinkling indie. The crowd follows every surprising move, as Wet Leg embrace the playful freedom.

Throughout the set, the band deliver messages of self-expression, self-empowerment and burning down the expectations of others – but only if you go looking for them in their songs. Otherwise, it’s all just good times, all the time.

From the cathartic, community scream of ‘Ur Mum’ to the final rampage of ‘Chaise Longue’ – tonight backed by an avalanche of confetti and a fancy dress stage invasion – Wet Leg live up to every guitar hero promise in their own unique way. Despite the hype, the band are still having an absolute ball – which is just as well, because stadiums are literally waiting for them next year.