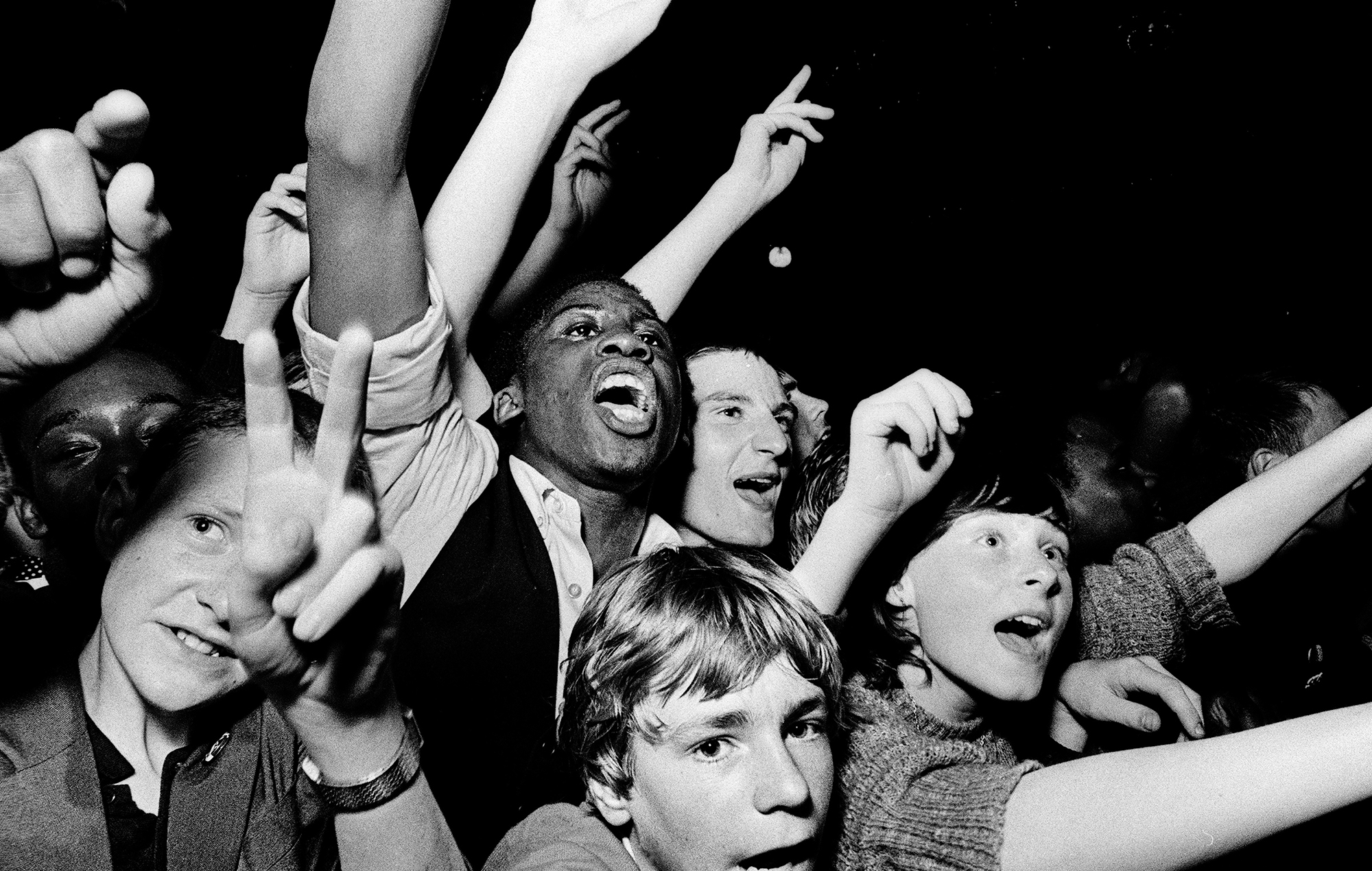 Formed in 1976 during a breakdown of public services and chronic unemployment, Rock Against Racism often stood alone between peace and liberty and the far right National Front. At the very advent of British punk, neo-Nazi groups engaged in targeted recruitment of the young, the confused and the vulnerable. Music wasn’t exempt from its role in the rising ugliness.

“I think Enoch Powell is the man”, proclaimed Rod Stewart at the time, of the notorious Conservative MP. “I’m all for him. This country is overcrowded. The immigrants should be sent home.” Looking like an evil Victorian ghost, Powell laid out his racist beliefs via a 1968 rant which would come to be known as his ‘Rivers Of Blood’ speech. Powell would speak of being “filled with foreboding” at the country’s rising immigration. “Like the Roman, I seem to see the River Tiber foaming with much blood.”

It didn’t help that the normally saintly David Bowie, particularly drug-addled at this point, could be seen telling anyone who’d listen that “Britain could benefit from a fascist leader.” In later years, he’d profoundly reject how far he’d drifted from the empathy and smarts that for so long defined him.

Appalled at statements like these, music fans Red Saunders, Roger Huddle, Jo Wreford and Pete Bruno decided to create the Rock Against Racism organisation. They began with a letter, posted to your friends at the NME, calling for more recruits. We immediately printed it. By 1977, Rock Against Racism was an international entity with 200 branches across the UK as well as others all over Europe and some in US major cities. They were even represented in South Africa and Australia. Gigs and tours followed, with performances by many of the era’s most vital bands.

One of these bands, The Clash, lend a song title to White Riot, a new documentary film created by award-winning writer-director Rubika Shah. It’s powerful stuff. We caught up with the Screen International ‘Star of Tomorrow’ to find out more.

Hi Rubika, how has Britain changed since you first started making White Riot in 2015?

“We first started thinking about this film five years ago, and so much has happened since. Trump hadn’t been elected yet. It didn’t feel like so many people had moved to the right. There hadn’t been riots like those we’ve seen in the USA and the UK under the Black Lives Matter banner. It gives the movie real relevance, because you’re now seeing some of the seeds of hate blossoming in the film all that time ago [in the 1970s].”

It seems like not much has changed since Rock Against Racism began, was that depressing?

“Oh not at all. There wasn’t much about the making of the film that I didn’t find really inspiring. I actually think that things are shifting, maybe quite slowly, and maybe not as much or as quickly as so many of us would like. But I think society is able to articulate this stuff much better, is better equipped to say what racism is – and about why some groups experience it more than others. We’re actually talking about white privilege now – that wasn’t happening 40 years ago! I just hope some change [happens] this time – real change.”

White Riot isn’t a definitive account of Rock Against Racism, it tells a different story – was that always the plan?

“In this case it’s told from the perspective of a white guy, Rock Against Racism founder Red Saunders, and through sheer charisma, really, how he could galvanise and bring people together, how he could create a family under the banner of this thing he believed in so much. I just love the narrative element of people banding together to create change.”

We loved the bit about Temporary Hoarding, the Rock Against Racism magazine…

“I love fanzine culture. It’s ageless, really. It was super important to me to tell the story of how they put that together and got it out. Those interviews must have been either the first or second we did – really early on, anyway – and it was amazing seeing the RAR people pulling out the original copies that had been preserved so well. That kind of publishing is so rich and real. It’s such a great way to have a voice.”

What did you learn while making White Riot?

“It really forced me to think about Britain’s involvement in the Empire. We all know the wider story of Britain and Empire, but I didn’t really know anything about it towards the end – during World War Two and the beginning of the last century. I didn’t know how much it had a foothold in Africa, or about Rhodesia and South Africa. I could probably have made a longer version of the film exploring just that because there’s tons of stories that are relevant to Britain’s issues with racism that stem from those times.”

“Absolutely, but I’d like to think there’s hope in it – and in what we’re seeing now with Black Lives Matter – that we can keep fighting and keep making things better…”

‘White Riot’ is screening digitally as part of Glastonbury’s Cineramageddon film programme from June 24-28. There will be a live Q&A event on Friday 26 June at 8pm