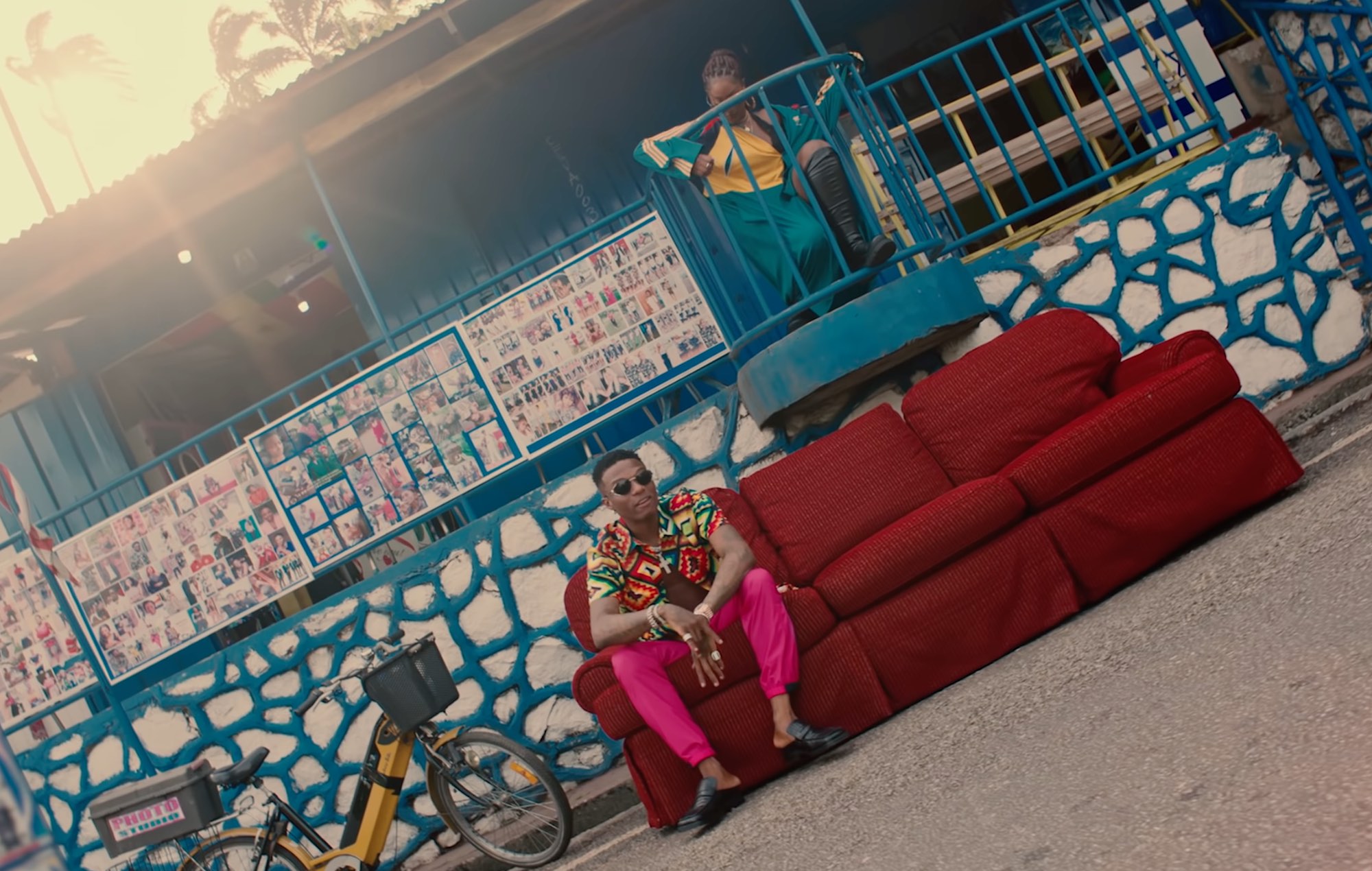 WizKid has shared a new video for ‘Essence’, his collaboration with Nigerian singer-songwriter Tems – watch it below.

The track appears on ‘Made In Lagos’, WizKid’s lauded full-length album from 2020.

The new video sees the pair lounging around the streets of Accra, Ghana. It’s the fourth video to be released from ‘Made In Lagos’.

Watch the new ‘Essence’ video below.

WizKid’s ‘Made In Lagos’ came out last October. In a three-star review of the record, NME wrote: “The production on the album is mainly centred around Yoruba, Afro-Latin and Afrobeats percussion, which creates a sense of homecoming. Yet this latest project meanders for a few tracks too many; ‘Mighty Wine’ and ‘Essence’, for example, are expendable.

“While each of WizKid’s previous projects excited and shook listeners with energy, ‘Made In Lagos’ sadly lacks a certain panache, despite its author’s vitality.”

Last October, WizKid was seen leading protests against SARS in London. The SARS unit has become notorious in Nigeria, and have carried out stop and search missions, being accused of police brutality in the process as well as extortion. The #ENDSARS hashtag began trending on Twitter last year, with calls from Nigerians for the unit to be disbanded intensifying.

“For Nigerians youths, don’t let anyone tell you you don’t have a voice,” WizKid told the crowd at the protest, speaking after the country’s Inspector General of Police announced that SARS would be dissolved.