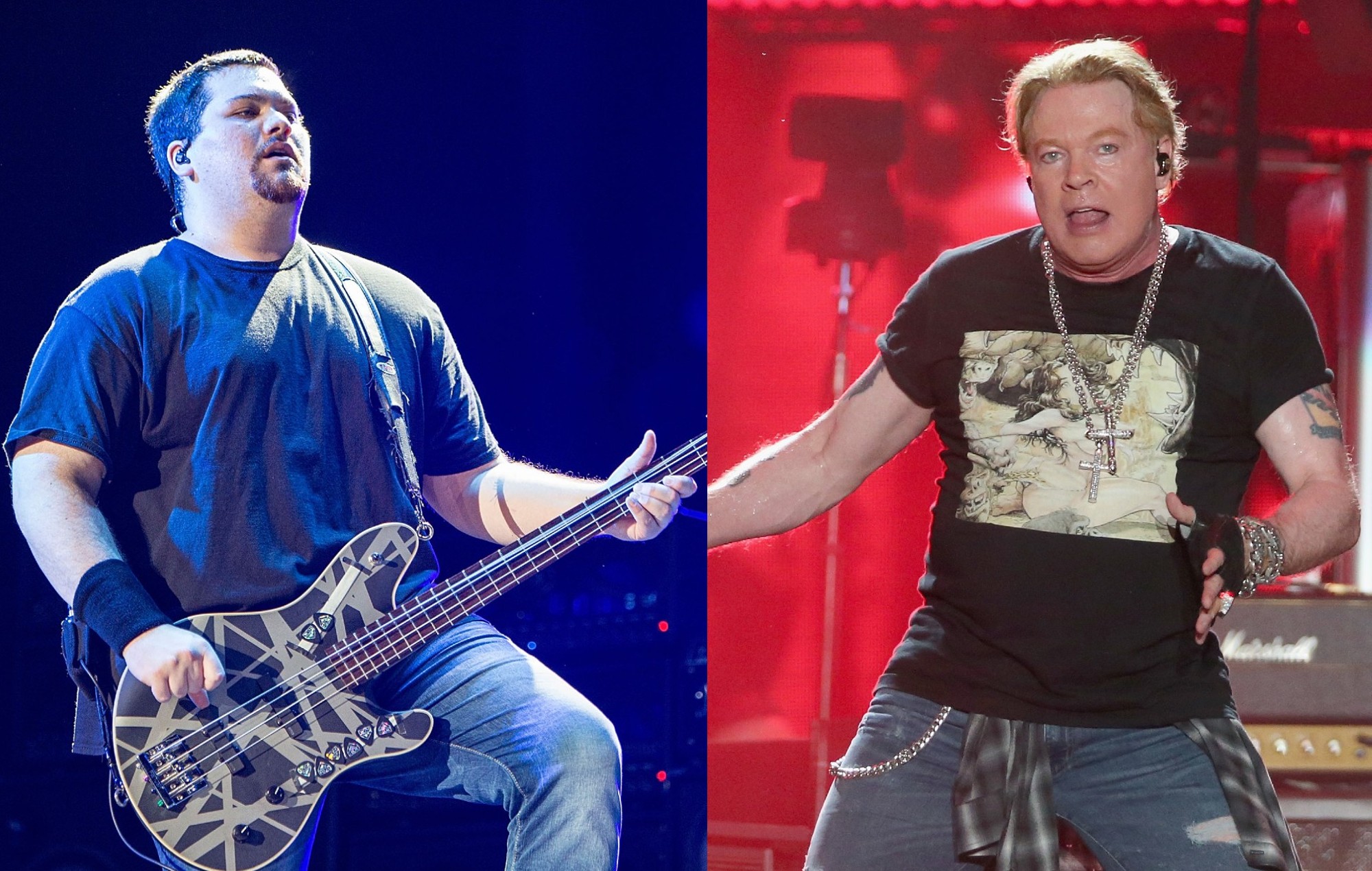 Wolfgang Van Halen joined Guns N’ Roses as a special guest for a rendition of ‘Paradise City’ during a show in Florida on Saturday night (October 2). See footage below.

“Let’s bring out our friend Wolfy. Wolfgang Van Halen, do you know how cool it is to say that? We’re talking legacy,” frontman Axl Rose said, introducing him during the group’s show at Seminole Hard Rock Hotel & Casino in Hollywood, Florida.

Wolfgang is the son of guitarist Eddie Van Halen, and was the band Van Halen‘s bassist from 2006 until his father’s death and the end of the group in 2020. He was also in the metal band Tremonti, and now plays every instrument in the solo project Mammoth WVH.

Van Halen tweeted a photo of himself, Slash and Duff McKagan performing, saying: “What a night.” He added in another tweet: “Yeah. This actually happened.”

Van Halen also paid tribute online to three-time Van Halen singer David Lee Roth, who had announced the same day that he would be retiring from music.

“Hell of a run Dave,” Van Halen said. He added: “Thankful and proud to be a small part of your amazing journey.”

Roth will be calling time on his career with five shows at Las Vegas’ House Of Blues over the winter. His backing band have been described as “the final iteration of the band’s original line-up.”

The first two will be performed on New Year’s Eve and New Year’s Day, respectively, with the remaining three taking place on January 5, 7 and 8 in 2022.