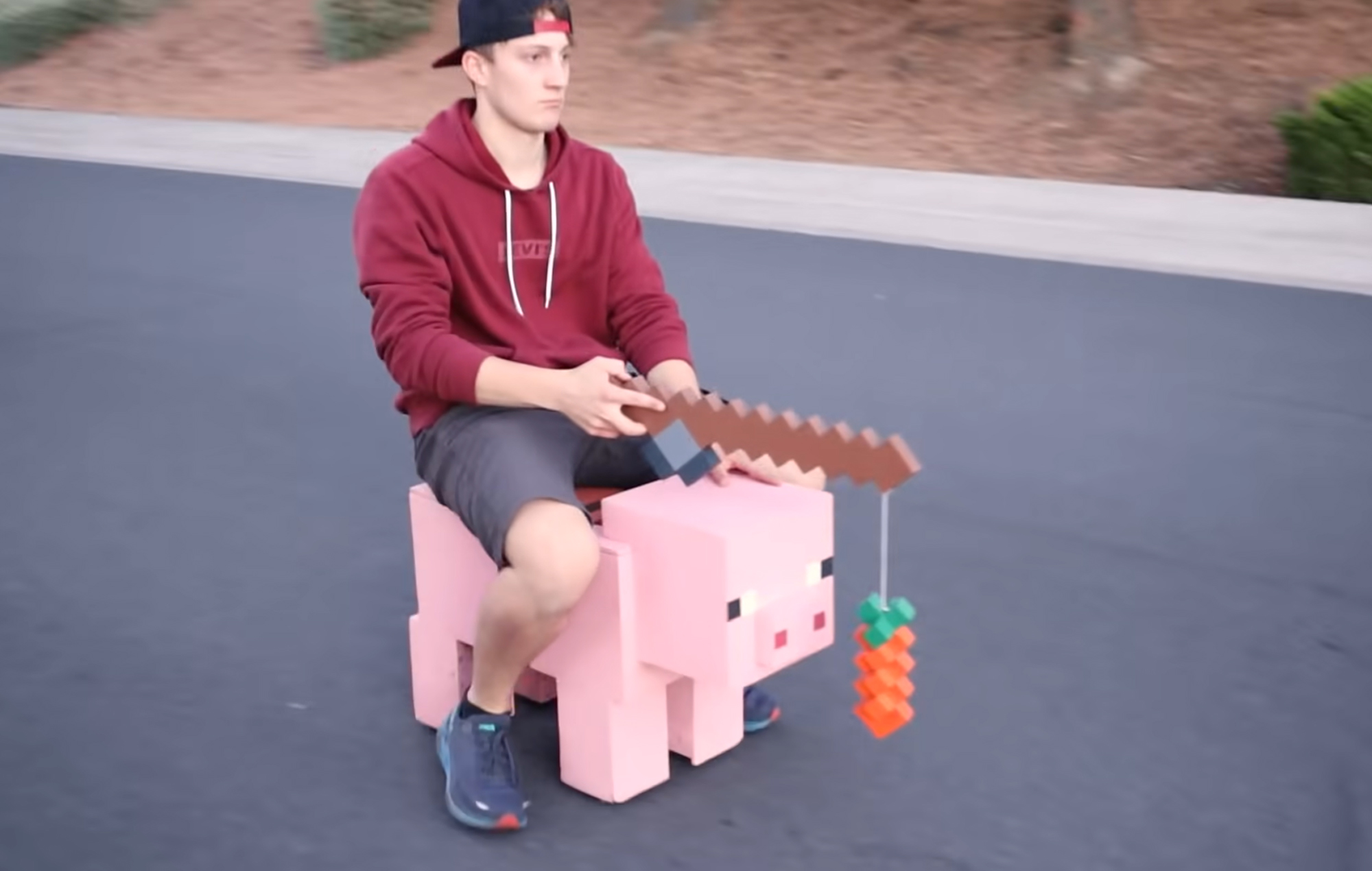 A YouTuber has created the first real-life, rideable Minecraft pig, which travels up to 20mph and is controlled by a carrot on a stick.

­Electo, a 20-year-old college student from the United States, has built a fully rideable Minecraft pig using an infrared sensor to get the pig to follow a carrot on a stick, which acts as its controller.

The pig, which Electo dubs “The Hamburghini”, took just a few months to make and sports full 360-degree motion. To get the pig to turn, you move the carrot in the direction you want it to go.

Using a camera that can track colours, the pig follows the carrot as you move it around in front of it. It’s a clever bit of engineering – especially when you look at what it’s being used in. But the result is that the “Hamburghini” moves much like the pigs in the Minecraft game.

This isn’t the first Mojang project Electo has completed, either. He’s previously built a working Minecraft creeper and created his Imposter from the hit indie game, Among Us.

The pig itself was tested at various power levels, with 60% power reaching a consistent 16mph. Cranked up to 100%, the Minecraft pig reached a top speed of over 20mph. Not bad for a pig… and with a bit of work, it could go even faster.

Electo puts the pig through its paces by racing against friends and even taking it through a McDonald’s drive-through. Unfortunately, the pig and its rider were denied. But it did win a few races.

You’ll find the full video, as well as Electo’s other projects, over at his YouTube channel.

Meanwhile, former Metroid Dread developers have spoken out after not being included in the game’s credits.

Elsewhere, Niantic has discussed the next fix years of Pokémon Go, including how they will implement the unique Pokémon, Kecleon.