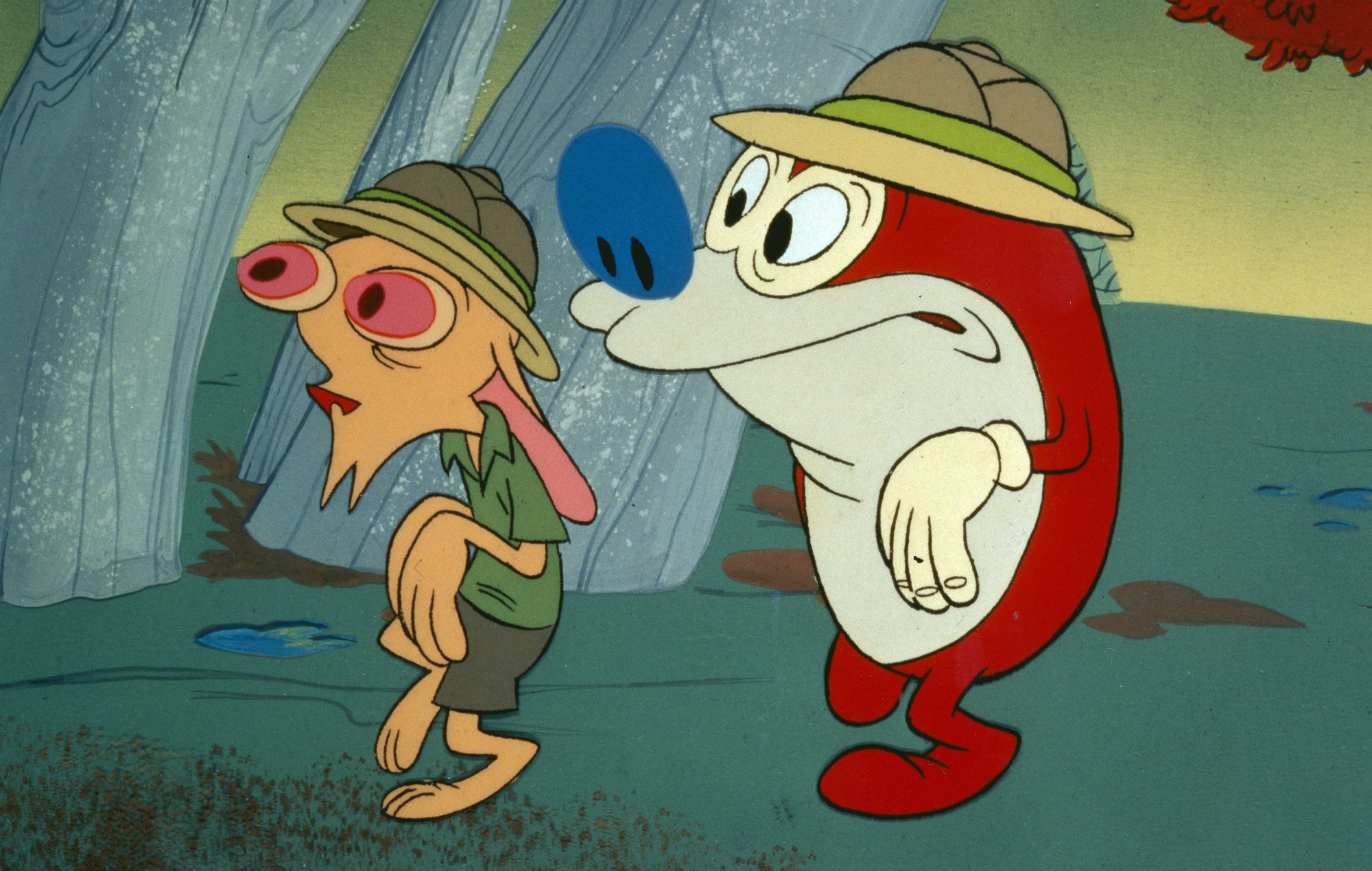 Premiering on 11 August 1991, The Ren & Stimpy Show changed the game for animated TV series. Leading the way for adult-orientated cartoons, it pushed the boundaries of traditional animation with its extreme close-ups, dark humour, and satirical themes.

Originally broadcast for five seasons on Nickelodeon (1991-1996), the John Kricfalusi-created series centred on Ren, a neurotic chihuahua, and Stimpy, an unintelligent but harmless cat.

Following the news that a reboot is on the way, we’ve compiled a list of animated shows that probably wouldn’t exist if The Ren & Stimpy Show hadn’t laid the foundations for what came next.

Donovan Cook’s short-lived 2 Stupid Dogs series is undoubtedly a direct descendent of The Ren & Stimpy Show. Featuring two unnamed dogs known as ‘The Big Dog’ and ‘The Little Dog’, the Hanna-Barbera cartoon follows the idiotic canines on a series of misadventures as they observe human behaviour. While the animation itself – a simplistic 2D style – is less comparable to that of John Kricfalusi’s, the personality traits and dimwitted nature of the show’s protagonists play like a carbon copy of Ren and Stimpy. Hanna-Barbera CEO Fred Seibert was once asked about the comparisons. Seemingly unconcerned, he said that it was “like Pearl Jam worrying about being compared to Nirvana.”

The brainchild of Bill Kopp (of Eek! The Cat fame), The Shnookums And Meat Funny Cartoon Show couldn’t be more of a Ren & Stimpy rip-off if it tried. Following the exploits of a dog and cat pair who live at home with their faceless owners, the show is packed with gross-out gags and extreme slapstick that reeks of the Nicktoons juggernaut. However, Disney’s attempt at adult animation fell flat, only lasting for 13 episodes. While some fans called it a fun experiment, others mocked it as being Disney’s poor attempt at cashing in on a competitor’s hot property.

Pinky and the Brain

Inspired by the eccentric personalities of Eddie Fitzgerald (who worked as a layout and storyboard artist for The Ren & Stimpy Show) and Tom Minton, two producers who worked on creator Tom Ruegger’s earlier show Tiny Toon Adventures, Pinky and the Brain were first introduced in 1993 as part of the Warner Bros. cartoon Animaniacs. Similar to Ren and Stimpy, the duo fronting the show is made up of a short, predominantly angry egomaniac and his intellectually challenged, lovable counterpart. The show, which is executive produced by Steven Spielberg, taps into a classic style of cartooning while adding exaggerated movements and detailed close-ups. It also features a white mouse called Larry, voiced by The Ren & Stimpy Show’s Billy West, who uses the same voice as he does for Stimpy.

Hitting the scene in 1993, who knew an animated series about an anthropomorphic Australian-immigrant wallaby named Rocko could be so popular? Nickelodeon, evidently. Continuing to build off the success of The Ren & Stimpy Show, the network wasn’t afraid to get their hands dirty with another cartoon awash with adult humour and satirical social commentary that takes digs at megacorporations and features male masturbation puns. Created by Joe Murray, the character of Rocko, which originally appeared in an unpublished comic book in the 80s, was the foundation of a show designed to “shake things up a bit”, leading many critics at the time to compare it to The Ren & Stimpy Show.

Easily one of the most lauded animated shows of the modern era, the misadventures of mad scientist Rick Sanchez and his often fretful grandson Morty Smith have turned Rick and Morty into a cultural phenomenon. Taking their cues from various other adult animations, including The Simpsons for its frequent celebrity cameos – Logic, Danny Trejo and Susan Sarandon are just some of the names that have appearances on the show – creators Justin Roiland and Dan Harmon have said that The Ren & Stimpy Show shifted their perception about “what could be done stylistically and tonally in animation.”

If you were asked to name a cartoon that best defined the ’90s and your answer wasn’t Beavis And Butt-Head, then the question would need to be asked: did you even watch television? From 1993 to 1997, there was no escaping the socially awkward, rock-loving, teenage delinquents, who, for the most part, spend the majority of their time laughing at boob jokes, critiquing music videos, and proving they lack the moral scruples to operate appropriately in the modern world. While the pair have more in common with Bill and Ted, or Wayne and Garth from Wayne’s World, the show’s creator, Mike Judge, said it was Nickelodeon’s commissioning of The Ren & Stimpy Show that opened the door, and ultimately influenced MTV to take a chance on Beavis And Butt-Head.

Everything from the grotesque close-ups and off-the-wall jokes to the vibrant colour schemes and bizarre storylines used in SpongeBob SquarePants screams Ren & Stimpy. Much like John Kricfalusi’s show, SpongeBob’s distinct animation style has a lot to do with it being a storyboard-driven cartoon. “Which means they give us an outline from a premise after the premise has been approved,” explained animator Vincent Waller, who has worked on both shows. “We take the outline and expand on it, writing the dialogue and gags. That was very familiar.” Creator Stephen Hillenburg may have wanted SpongeBob SquarePants to stand out from most of the popular cartoons of the time, but there’s no denying the influence The Ren & Stimpy Show had on everyone’s favourite walking, talking, yellow sponge.