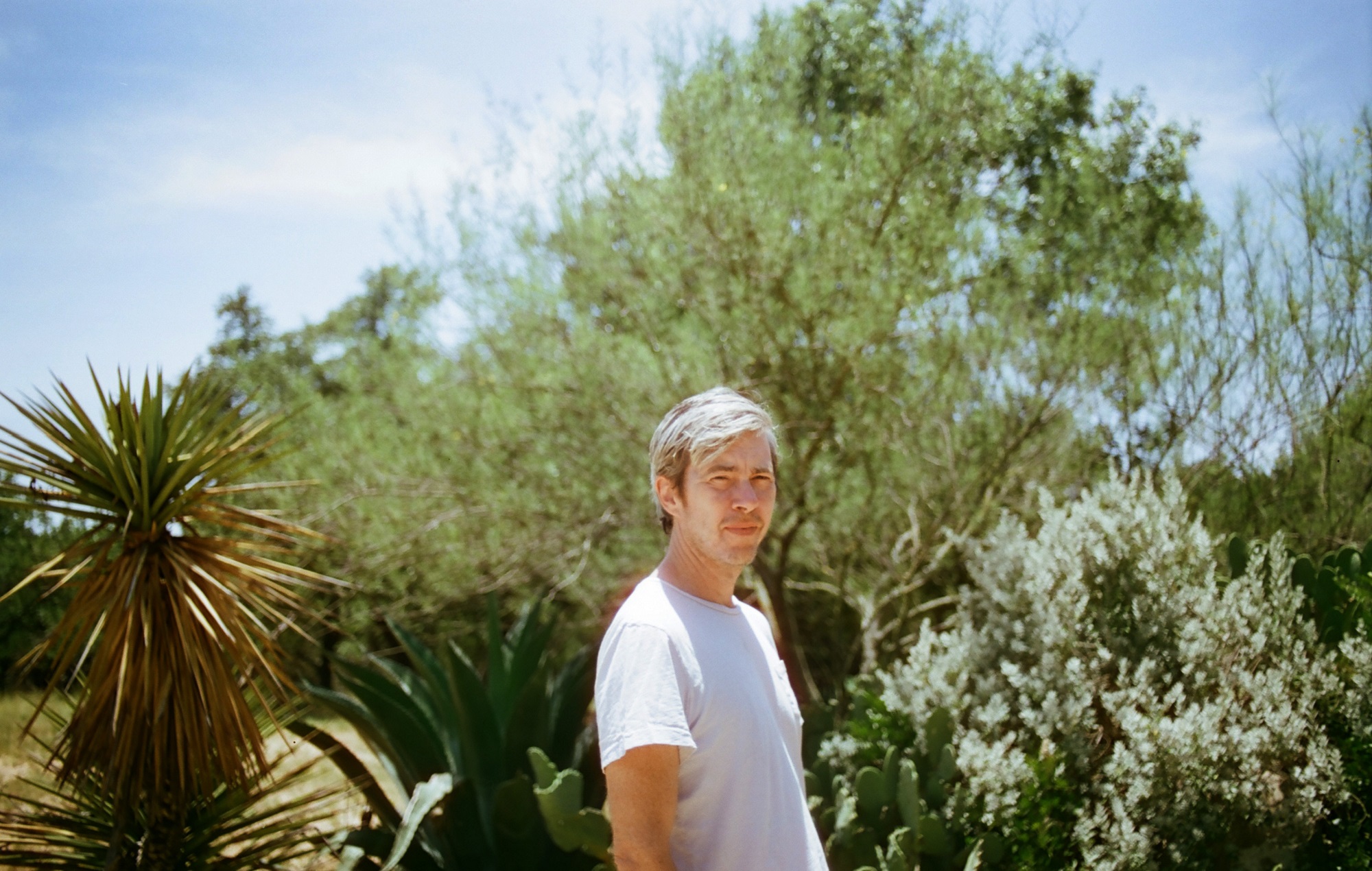 At first glance, Bill Callahan’s new album ‘Gold Record’ feels like a direct reaction against its predecessor. Last summer’s elegiac ‘Shepherd In A Sheepskin Vest’ took the normally prolific indie-folk musician six years to write and record, and was a sprawling double album meditation on the birth of his son, his love for his wife and the death of his mother; this was a piece that flowed gracefully from one song to another.

Its follow-up consists of 10 entirely separate, understated acoustic pieces, released one a week as standalone singles over the past two-and-a-half months. “These are songs that have a beginning, a middle and an end,” the musician says in his slow, sage-like drawl over the phone from Austin, Texas. “Their narratives are complete.”

Where his last album concerned the most cosmic of themes, the songs on ‘Gold Record’ are about people watching late-night TV, fantasising about cowboys and helping to fix their neighbour’s car. It’s testament to Callahan’s brilliance as a songwriter, however, that these little stories are equally less transcendental.

“You know in [2010 Gaspar Noé movie] Enter The Void, when there’s that big scene where the guy takes DMT and he’s kind of floating all over the world?” he says. “I think the record is like that… floating over and entering different people with different names and lives and values and conversations.”

Take ‘Pigeons’, for example, the album’s opener, which concerns a limo driver offering advice to two newlyweds. “When you are dating you only see each other and the rest of us can go to Hell / But when you are married, you’re married to the whole wide world,” he sings.

Callahan brings a deep romance to the everyday. Even the way he released the songs one at a time had a larger purpose – it was partly, he says, to give himself something to look forward to every Monday, but also to try and instil them with the kind of magic music deserves.

“I was trying to experiment with this very stolid media that’s not much more than ‘Click on this word and get the song’,” he says. “There’s nothing romantic about it. You don’t really think, ‘I remember when I first clicked on the link to the Michael Chapman album,’ but you do remember the time you went to the store, came home and listened to it six times in a row. I think physical objects have a memory, and the physicality of things helps our brains to believe that the thing is real and potent. I think that’s why The Bible was written down.”

The energy Callahan brought to the album’s release is not unlike that of the beautifully obsessive fan he depicts on the song ‘Ry Cooder’, who waxes lyrical about the titular real-life Americana musician’s infinite virtues (“Ry Cooder / He’s a real straight shooter”). “If you read an interview with Ry Cooder,” says Callahan, “he’s still as excited as he ever was about playing music and learning from musicians around the world, so I just wanted to give him some of the outpourings that usually come when someone dies, while he’s still around to hear it.”

One of the most notable figures that the spirit floating above ‘Gold Record’ comes down to inhabit is non other than a young Bill Callahan, who emerges via a cover of his own 1999 song ‘Let’s Move To The Country’, originally released under his old moniker of Smog: “I’ve sort of been seeing it as the love-handled 54-year-old me embracing that scrawny 27-year-old who wrote that song.”

He looks back at his younger self with a sly chuckle. “I was still an adolescent, basically. Some people have mentors or good parenting or something in their make-up that makes them more prepared, and I think I was of the… less prepared variety. It gave me a lot to write about.”

The song had re-entered Callahan’s live setlist a few years ago, but while it was, he says, “still quite satisfying” to play. He adds: “A part of me felt like I wasn’t really being truthful or something. So I made a ‘version two’ that I could play live, and then I started to like it so much I thought, ‘Let’s put it on a record!’” Crucially, on the new record, Callahan finishes two lines he’d purposely left vague and unfinished before: “Let’s start a… / let’s have a…” becomes “Let’s start a family / Let’s have a baby / Or maybe two.”

It reflects a more comfortable, domesticated Bill Callahan, husband to the filmmaker Hanly Banks and father to five-year-old Bass, who is currently gearing up for his first day of pre-school (or kindergarten in the US). “There’s definitely something I’m leaving behind when I go on tour, whereas before there was absolutely nothing,” Callahan says. “Not even a houseplant.

“I think living a peripatetic lifestyle is very free and fantasy-like, but having a kid is real as dirt,” he adds with a laugh. He’s there every day. For me I feel like I’ve got to live both lives, and I’m very grateful for that.”

“Kids just want to play, and I’ve been thinking about how we say that we ‘play’ music, too”

For all the weighty, mystical aspects of ‘Gold Record’, it’s also an album with a distinct lightness of touch. As Callahan says: “Ideally the songs are entertaining and have an openness about them that means you can listen on different levels of depth.”

Becoming a father, Callahan says, has resulted “in a songwriting shift,” of which he says: “I don’t fully take responsibility for writing the songs any more. It’s like it’s a stream, and I’m taking rocks out to guide the water away from some electrical wires or something. My friend who has kids a few years older than mine says, ‘Kids break you like breaking horses’, and I think that’s very true. You’re forced to slow down, listen and observe, even when they’re thrashing about with a red face and trying to hit you with a shovel.

“Kids just want to play, and I’ve been thinking about how we say that we ‘play’ music, too, so I’ve been trying to live my life in that open and playful way, and wondering where that attitude might take me with my future music. Especially in these times. They’re so dark.”

‘Gold Record’ is by quite some length the musician’s most playful album, and yet for all its lightness of touch, it’s far from shallow. On the last track, ‘As I Wander’, it’s as though that amazing travelling spirit that has been channelled through the songs’ protagonists is finally revealed in all its glory to be Callahan himself. “I travel, I sing / I notice when people notice things / As I wander through the rooms of the world,” he sings.

The musician says he’d compare the track to the chorus of an Ancient Greek epic, as well as the fulfilment of a personal challenge. “My challenge to myself was to write abut the entirety of human existence in that one song,” he says – and he seems deadly serious. “But yeah, it’s also definitely me stepping in at the end. The author coming out from behind the curtain and taking a bow.”

The post Bill Callahan: “I wanted to write about the entirety of human existence in one song” appeared first on NME Music News, Reviews, Videos, Galleries, Tickets and Blogs | NME.COM.