California rock heavyweights BLINK-182 have dropped their brand-new track, "Quarantine". This relevant and timely song features strong drums and killer guitars matched with angsty vocals to stress just how hard we all have been hit by this time spent in isolation and social distancing. Alongside the song comes a music video that intermixes the lyrics and raw footage of the band shot on iPhones. "This song is about the sadness, confusion, anger and frustration we are all experiencing right now," says Mark Hoppus. "I hope that everybody is safe and that we can get through this very soon. Can't wait to see you all on the other side." Travis Barker adds: "The song was inspired by the quarantine and the crappy punk rock music we have loved to play since day one. All the drums are one take and I even sang some backup vocals. Mark sounds more pissed off than I've ever heard him, and I really like it." Alongside the brand-new song, BLINK-182 has scored two MTV VMA nominations for "Best Rock" and "Best Music Video From Home" for its fan-driven montage to the song "Happy Days". BLINK-182's latest album, "Nine", is out now on Columbia Records and includes singles "I Really Wish I Hated You", "Darkside", "Happy Days", "Generational Divide" and "Blame It On My Youth". Since its humble beginnings in 1992 in San Diego, BLINK-182 has sold over 50 million albums worldwide and rocked audiences around the globe, becoming one of the defining and inspirational rock bands of its generation. BLINK-182 is Mark Hoppus (vocals/bass), Travis Barker (drums) and Matt Skiba (vocals/guitar). A guitarist and singer with ALKALINE TRIO, Skiba replaced original BLINK-182 singer Tom DeLonge in 2016. BLINK-182 released its first post-DeLonge album, "California", in 2016. 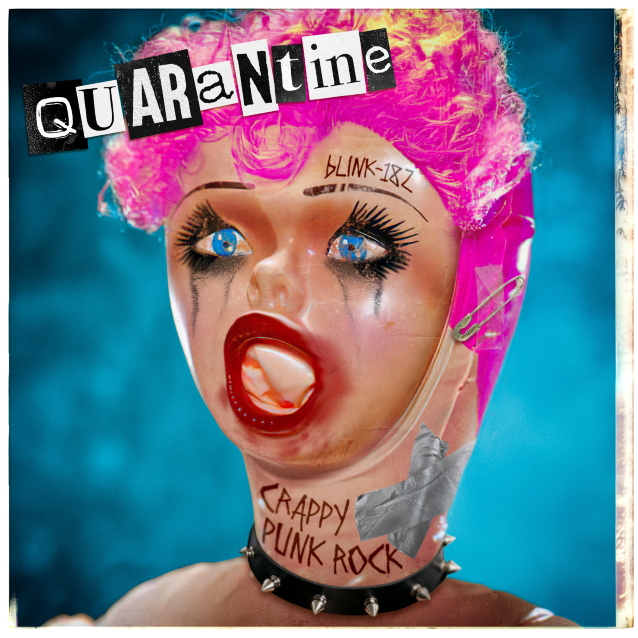