U.S. groove rock masters CLUTCH have released a brand new single, "Red Alert (Boss Metal Zone)". The song's official music video, directed by David Brodsky, can be seen below. CLUTCH frontman and lyric wordsmith Neil Fallon explains: "Early in 2021, I learned the Boss Metal Zone pedal schematic was being presented as 'proof' that the COVID-19 vaccine had an electronic component to communicate with 5G cellular networks. It was, of course, nonsense. It sounded like a [sci-fi icon] Philip K. Dick premise. I didn't want to write a song specific to COVID-19 vaccines, so I went with the Philip K. Dick angle (again). 'Do Androids Dream Of Electric Sheep?' [Dick's 1968 science fiction novel] came to mind (replicants, in particular, representing what is real and not real, or is there a difference at all?). The video makes no secret that this is a homage to Philip K. Dick and a future where we have distortion coursing through our veins." Drummer Jean-Paul Gaster adds: "'Red Alert (Boss Metal Zone)' is one of the faster cuts on our forthcoming album. It kicks in and hits like a freight train. The intensity of the recording reminds me of our live shows. This song cooks, and I can’t wait to play it on tour!" Longtime fans of Dick, the members of CLUTCH have also curated a fun "inspired by" Sci-Fidelity playlist on Spotify to coincide with the single's release. Early last year, Gaster told the Chicago-based webzine Metal Kaoz that he and his CLUTCH bandmates had "written a lot of songs" for the follow-up to 2018's "Book Of Bad Decisions" LP. He said: "We've been writing now for our new album, and I think we're spending more time than ever in the studio, just trying out different ideas. And most of the ideas don't ever really make it to the end; we try 10 things and we keep one. "I think we are even more selective than we were before as to which ideas we really decide to focus on. And I think it is because we have so much more time. Before, we would come home for a tour and maybe we would have three weeks off. So, the first week, we don't do really much of anything — everybody goes back home to their families and we rest — and then the next two weeks we would get together and we would just jam really hard and get a bunch of ideas, and then on the road and play those ideas, and then come back and do it again. And that process might go on for a year and a half. This has been different. This is the first time where we've had so much time at home to work on ideas and never really tried them in a live setting. So I'm not sure how it's gonna impact the record. But I think it's gonna make for a different album — whether it's good, bad or otherwise, it's too early to tell. But, for sure, it's a different dynamic, and it requires more of us. "So often, when we have new ideas and we put them in front of an audience, you can really tell right away — we know right away if the song is the right tempo, we know right away if the riffs are where they need to be, if the chorus is the way it needs to be," Gaster added. "It's a testing ground. And we don't have that right now. So, for that reason, I think we are being a lot more careful about what ideas we really wanna focus on, and which ones we think, 'You know what? We've done that before. Let's do something a little different.'" "Book Of Bad Decisions" was recorded at Sputnik Sound studio in Nashville, Tennessee with producer Vance Powell. The record sold 26,000 copies in America during its first week of availability, giving the group its third consecutive Top 20 album on the Billboard 200. 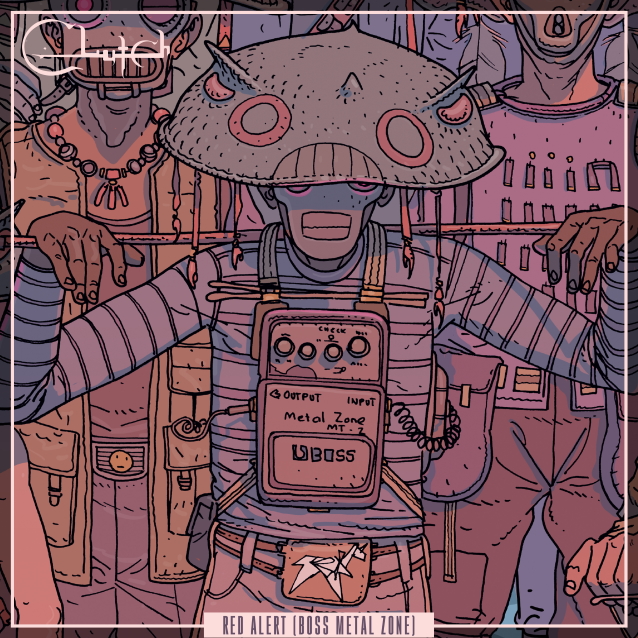