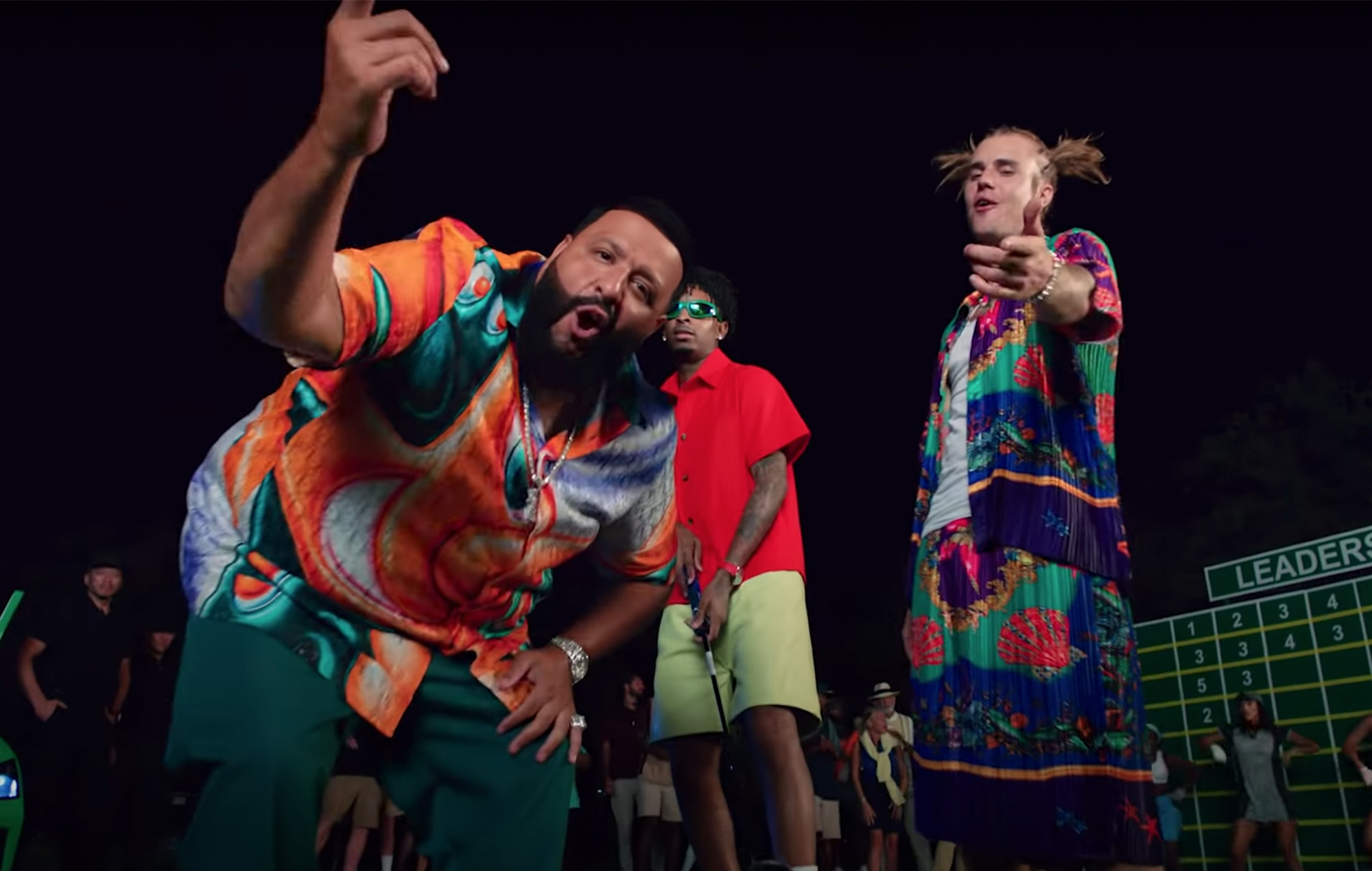 DJ Khaled has released the music video for ‘Let It Go’, featuring Justin Bieber and 21 Savage.

The single is taken off the producer’s latest album, ‘Khaled Khaled’. The video, which premiered last night (May 11), features the trio at a golf retreat, with each artist taking a swing at the game.

The video plays out as a carefree five-minute skit in tribute to the Adam Sandler film Happy Gilmore, which turns 25 this year. Khaled celebrates yet another career success with friends as Bieber comes to join him for a game.

Khaled, eager to defeat their rival 21 Savage, accompanies Bieber a few rounds before an alligator – a rubber one – arrives to disrupt the occasion. Leaping to the defence of his star player, Khaled screams “Don’t play with the money!” before wrestling it into submission.

Watch the music video below.

DJ Khaled later shared footage of the music video on Instagram, proclaiming in all caps that ‘Let It Go’ was “one of my favourite videos ever!”

The video for ‘Let It Go’ follows the release of several music videos for ‘Khaled Khaled’ tracks, including ‘Sorry Not Sorry’, which featured Khaled with Jay-Z and Nas living it up at a high stakes blackjack table.

‘Khaled Khaled’ was released on April 30, featuring a slew of big-name collaborations including Drake, Migos, Megan Thee Stallion, H.E.R., and Lil Baby. In NME’s three-star review of ‘Khaled Khaled’, Luke Morgan Britton called it a “glitzy blockbuster of an album” that makes use of Khaled’s “tried-and-tested formula of star-stuffed and celebratory summer anthems”.

The post DJ Khaled plays golf with Justin Bieber and 21 Savage in music video for ‘Let It Go’ appeared first on NME.