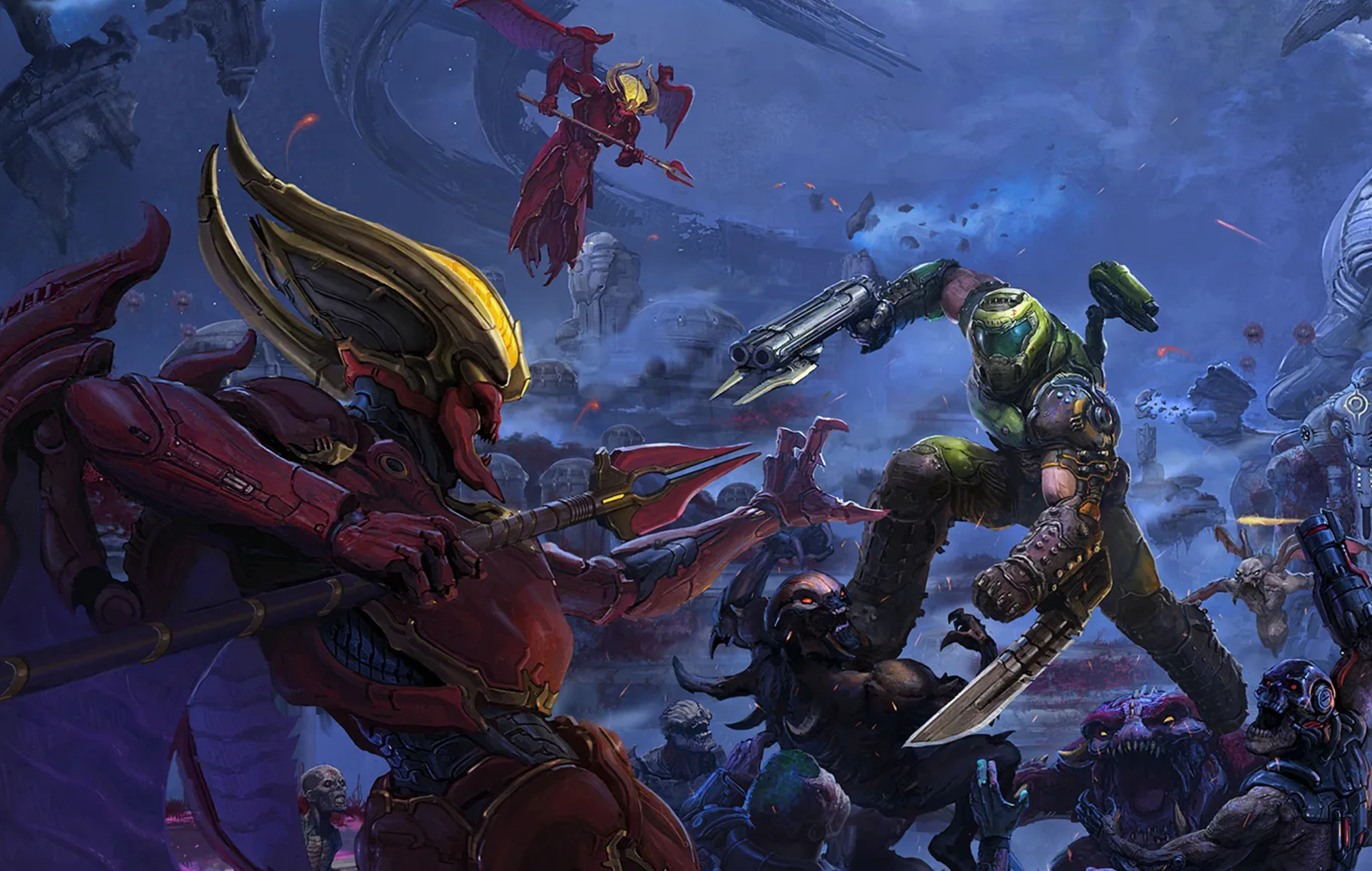 The first DLC pack for Doom Eternal, The Ancient Gods Part One, has been released and Bethesda has detailed what players can expect from the new expansion.

In a post on the official Bethesda website, the developer listed out a number of features and content that have been introduced with paid DLC, which was released alongside the base game’s third major free update.

The blog post begins with a gory new launch trailer for The Ancient Gods Part One, which features a montage of Doomguy destroying enemies in his way, as well as shots of the game’s new maps.

The Ancient Gods Part One adds three new maps – UAC Altantica, Blood Swamps and The Holt – each with their own characteristics and unique enemy types. The maps will be added to the base game’s campaign upon purchase of the DLC pack, and will also introduce new platforming puzzles and challenges.

Three new support runes are also being introduced: Desperate Punch, Break Blast and Take Back. Desperate Punch doubles the amount of damage dealt with a Blood Punch when the player’s health is at 75 or less; Break Blast releases a concussive blast when an enemy’s weak point is broken; Take Back lets players reclaim an Extra Life if they can quickly kill the demon that took it from them.

Besides new support runes, each level will also include exclusive Deluxe Slayer skins. Upon finding and completing all of the Secret Encounters in the three new levels, a new Slayer skin will be unlocked. The three skins are Industrial Espionage, Wetland Warrior and Blood Slayer.

Purchasing the DLC also unlocks the Maykr Slayer suit. It will come loaded with progressibles like a new podium, podium animations, alternate skins, icons and badges.

In the post, Bethesda also detailed the changes introduced with the release of Update 3. Players can now report others for toxic language in voice or text chat, with offenders running the risk of being blocked from using those features. Players are encouraged to submit screenshots and video evidence of their claims.

The developer also noted that the patch will allow for more support of in-game events, such as the upcoming Thanksgiving event that will feature exclusive unlockables and more. The update also includes bug fixes for Battlemode across all platforms, as well as nerfs and buffs for several skills on console.

Doom Eternal and its first DLC The Ancient Gods Part One are available on PC, PS4 and Xbox One now.