Dropkick Murphys and Rancid are teaming up for the “Boston to Berkeley II Tour” across North America this spring. The co-headlining run is the second time the punk acts have teamed up after their initial trek together in 2017.

Scottish singer-songwriter Gerry Cinnamon and Jesse Ahearn will support the tour, which kicks off May 3rd at Epicenter Festival in Concord, North Carolina, and ends on May 24th in Lewiston, New York.

The name of the tour refers to the bands’ hometowns — Boston for Dropkick Murphys and Berkeley for Rancid — and not the actual tour routing. The route hits a number of major markets, including additional festival appearances at Welcome to Rockville on May 8th and Sonic Temple on May 17th in Columbus, Ohio.

“We’re excited to team up with our old friends Rancid again for the second edition of the Boston To Berkeley tour,” Dropkick Murphys’ Ken Casey said in a press release. “And we’ll be joined by Glasgow, Scotland superstar Gerry Cinnamon – on his first U.S. tour!”

Rancid’s Lars Frederiksen added: “Looking forward to getting out with the Dropkick Murphys again… This is one you won’t wanna miss.”

Dropkick Murphys and Rancid will alternate closing out shows, with both bands getting together for a jam and the end of the night.

It’s fitting the two acts find themselves touring together deep into their successful careers. It was Frederiksen who helped the Dropkick Murphys get a record deal after passing their debut EP on to Rancid bandmate Tim Armstrong for his Hellcat Records imprint.

Check out a video promo and full list of dates below. Tickets are available now via Ticketmaster. Fans can also pick up tickets here. 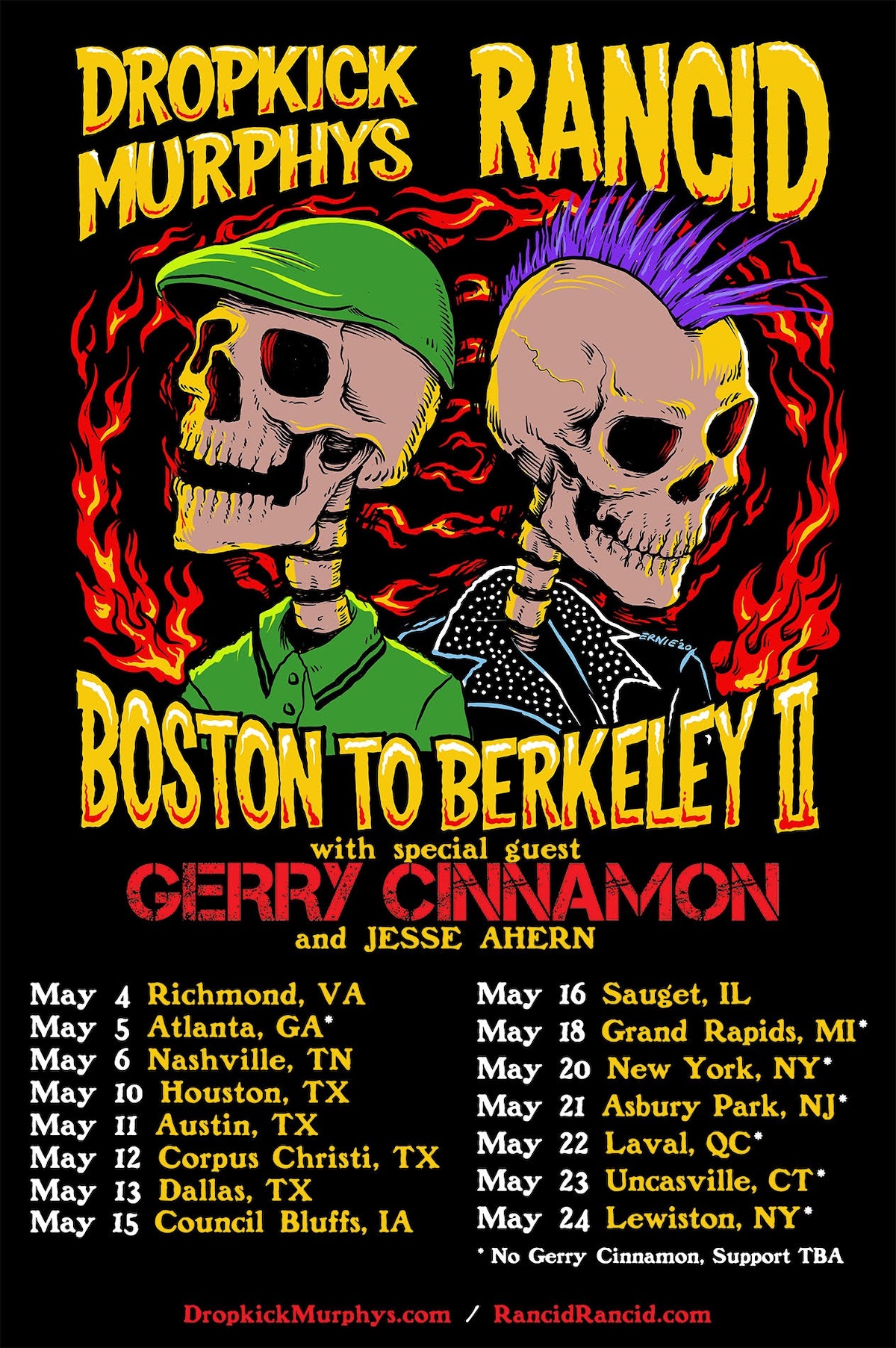