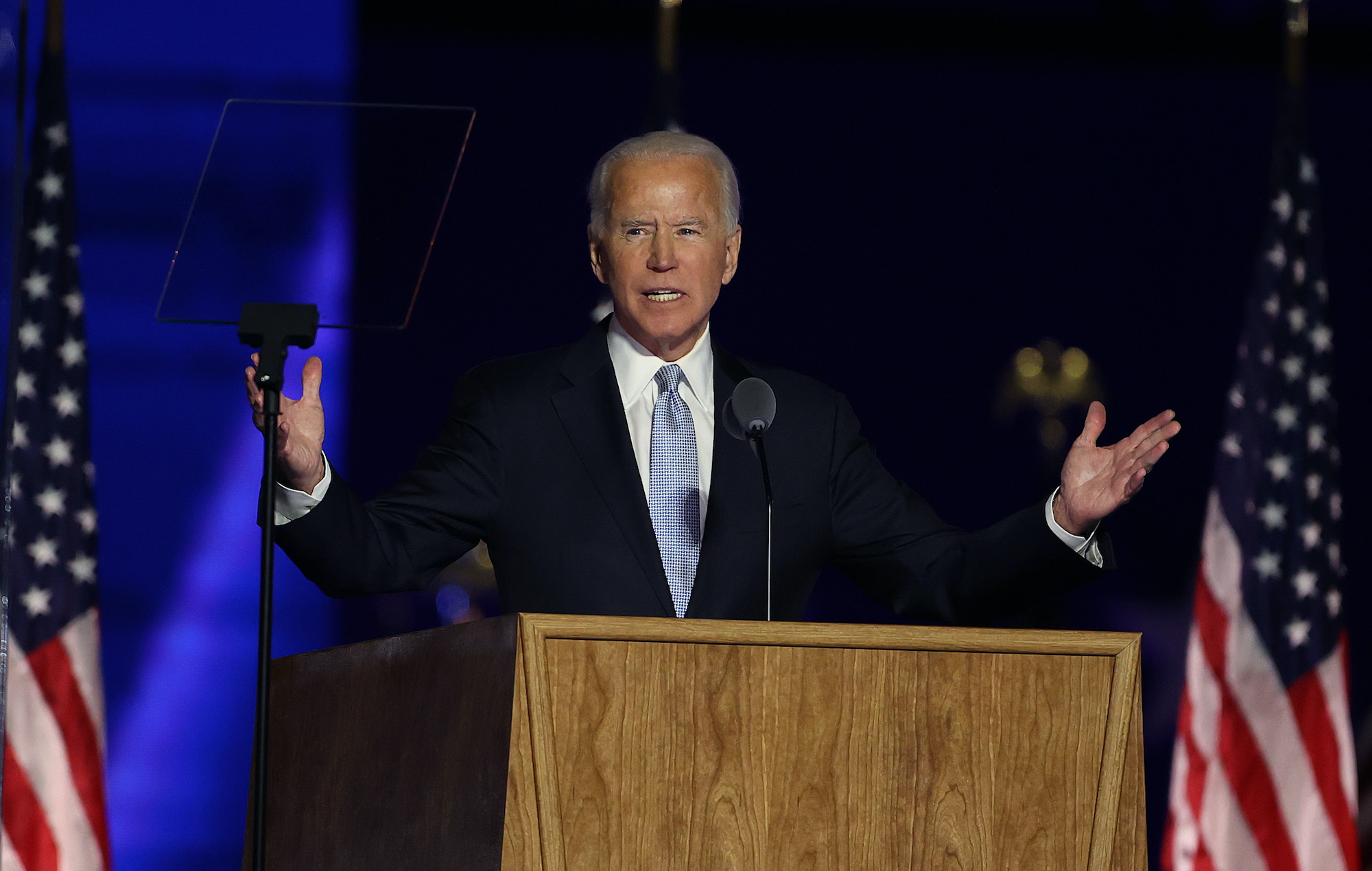 Joe Biden has called for unity and the end of “this grim era of demonisation in America” in his first speech as President-elect.

The Democrat was named as the 46th President of the United States earlier today (November 7) following the election on Tuesday (3). He will officially take office in the White House on January 20, 2021.

Following a speech and introduction from Vice President-elect Kamala Harris at an event in Wilmington, Delaware, Biden took the stage around 8:45pm ET (1:45am GMT). He began by reflecting on his win, calling it a “clear victory, a convincing victory, a victory for we the people”.

Biden also spoke to the huge number of votes he received in the 2020 presidential election and the scenes flooding social media following the announcement of his win. “We’ve won with the most votes ever cast on a presidential ticket in the history of the nation – 74million,” he said. “Well, I must admit it surprised me.

“Tonight we’re seeing all over this nation, all cities in all parts of the country – indeed, across the world – an outpouring of joy, of hope, renewed faith in tomorrow to bring a better day. I’m humbled by the trust and confidence you’ve placed in me.”

This was the best frickin part of the Biden speech

He went on to pay tribute to his wife, Dr Jill Biden, who could reportedly be the first First Lady to still keep her day job while in office, and the rest of his family. He also thanked VP-elect Harris and noted that she is the first woman and woman of colour to take the position. “Don’t tell me it’s not possible in the United States,” he said. “It’s long overdue.”

Biden continued to speak about the “coalition” his campaign had built over the last few months, calling it “the broadest and most diverse coalition in history”. He singled out Black Americans for their support, saying: “Especially in those moments when this campaign was at its lowest ebb, the African-American community stood up again for me. You’ve always had my back and I’ve got yours.”

During the speech, the President-elect announced that on Monday (November 9) he will name a “group of leading scientists and experts as transition advisers” in the effort to control the coronavirus pandemic. They will take his and Harris’ plan and “convert it into an action blueprint that will start on January 20, 2021”. Biden added that it would be “built on bedrock science and will be constructed out of compassion, empathy and concern”. “I will spare no effort – none – or any commitment to turn around this pandemic,” he promised.

Biden concluded his speech by reiterating his pledge to “govern as an American president”, even for those who didn’t vote for him. “Let this grim era of demonisation in America begin to end here and now,” he said.

When Biden was declared as the winner of the 2020 presidential election earlier today, Trump issued a statement in which he refused to accept the results. Calling the election “far from over”, he announced plans to launch a legal fight in the courts to make sure “the rightful winner is seated”.

The post Joe Biden calls for unity and end of “this grim era of demonisation” in first speech as President-elect appeared first on NME Music News, Reviews, Videos, Galleries, Tickets and Blogs | NME.COM.