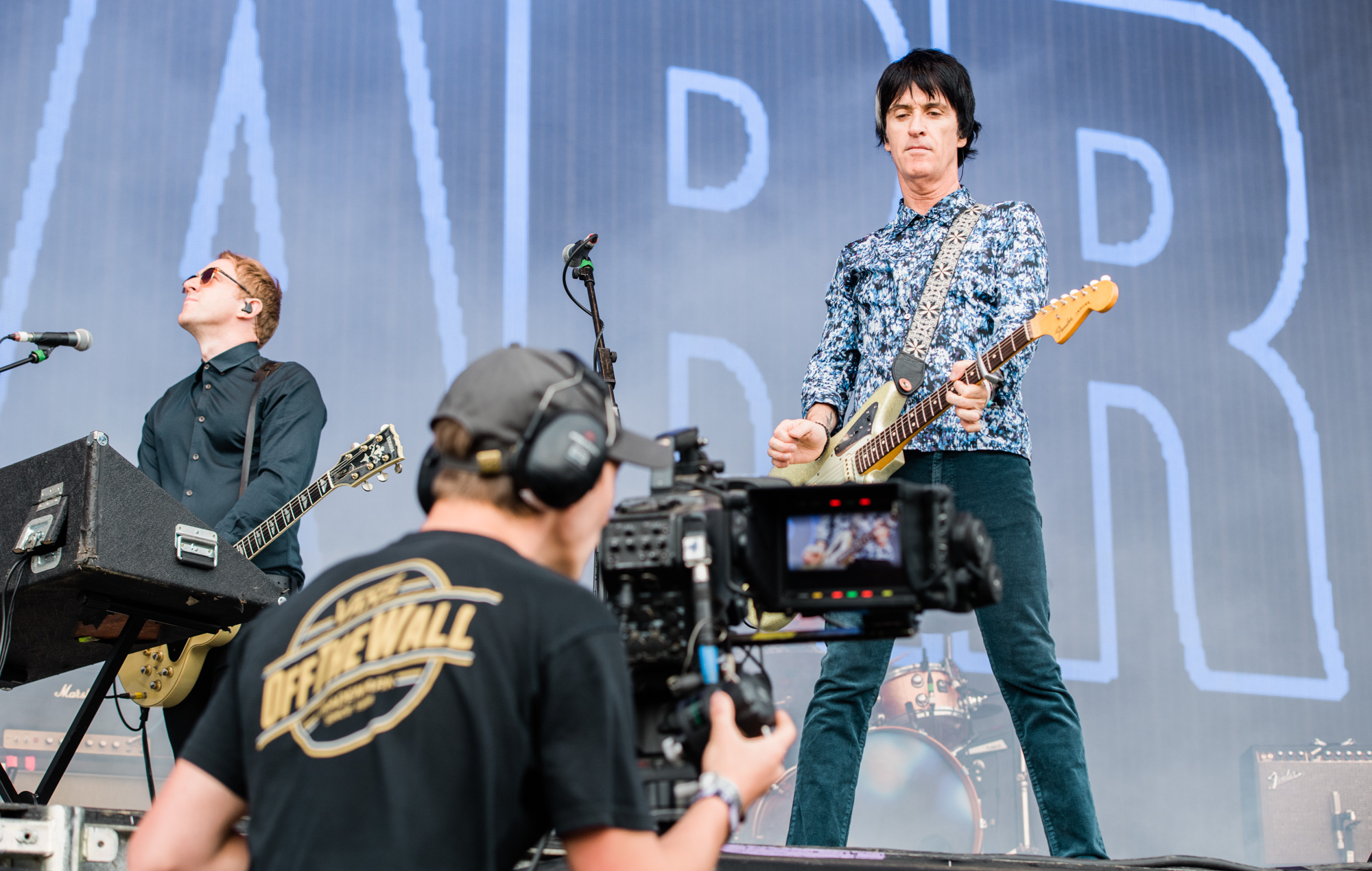 Johnny Marr has told NME that the row surrounding Blossoms and Rick Astley‘s The Smiths covers band has been “dealt with”.

Astley and Blossoms made headlines last week when they appeared on stage together at the Stockport band’s headline show at the O2 Kentish Town Forum to play surprise covers of The Smiths’ ‘Panic’ and ‘This Charming Man’, before announcing two special one-off tribute shows to the Manchester indie legends in London and Manchester.

Not long after, former Smiths guitarist Johnny Marr gave his verdict on the stunt – describing their collaboration as “funny and horrible at the same time,” before adding that Blossoms failed to tell him about their gigs upon meeting but that he “had no problem” with covers bands or Astley.

Now, before Marr and Blossoms share a bill supporting Courteeners at their huge Manchester homecoming show at Old Trafford tomorrow (Saturday September 25), the guitar icon has told NME that the row has been put to bed after the social media storm that emerged.

“I didn’t ask for that, but sometimes stuff like that happens when you’re in the public eye,” Marr told NME. “There was an M.O. there that just wasn’t very cool – but I’ve dealt with it. I think I’m a pretty reasonable person, and I’ve dealt with it.”

Check back at NME soon for more of our interview with Johnny Marr.

This comes after Astley spoke of his love of The Smiths, and said that he “didn’t want to tread on their history” at the upcoming gigs.

Morrissey’s website also recently shared an opinion piece on the matter, in which one fan wrote: “Maybe Rick Astley will perform well in the upcoming shows, and perhaps they will be successful and enjoyed by fans – but make no mistake, no other artist can bring to the table what Morrissey can. (Let’s face it, there is a reason why artists today like Astley still cover and perform songs written by Morrissey).”

Blossoms and Rick Astley will perform the songs of The Smiths at Manchester’s Albert Hall on October 8 and London’s O2 Forum Kentish Town on October 9.

Marr meanwhile has been debuting new material on a run of intimate UK shows, having recently shared new single ‘Spirit, Power And Soul‘. He’ll release the new four-track EP, ‘Fever Dreams Pt 1’, on October 15 via BMG, before a double album follows in 2022.

He’s also written the score for the upcoming James Bond film No Time To Die with Hans Zimmer, as well as collaborating with Billie Eilish and Finneas on the title track single.