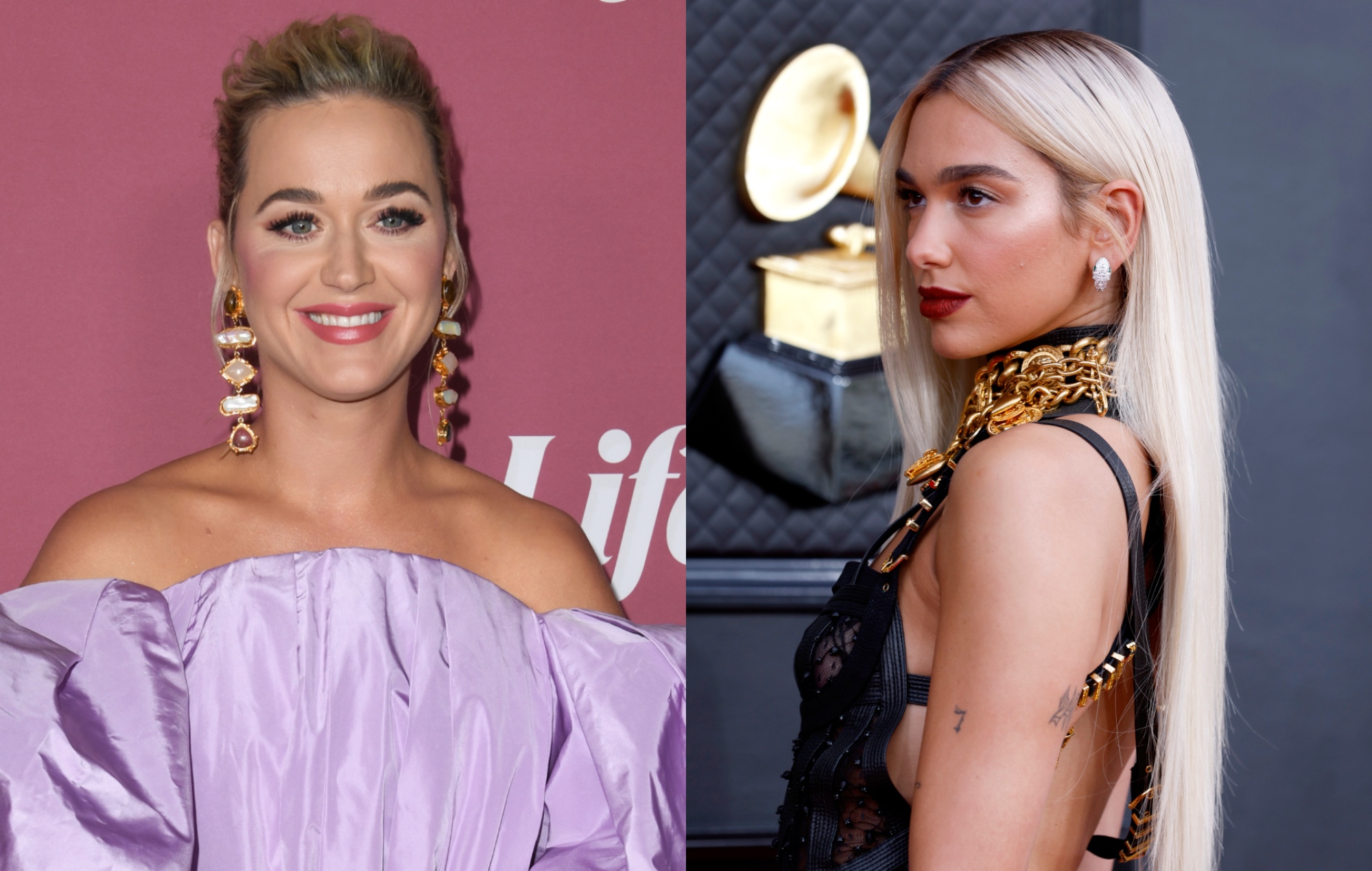 Katy Perry and Dua Lipa are reportedly set to collaborate together on a new track.

Lipa is said to have previously turned down the offer to appear on Perry’s track ‘Teary Eyes’, which appears on her latest studio album, ‘Smile’ (2020).

Elsewhere, the ‘Levitating’ singer wanted Perry to contribute to ‘Ball & Chain’ – an unreleased ‘Future Nostalgia’ song – but the latter artist is believed to have been too busy at the time of recording.

Speaking to The Sun (via Music-News.COM), a source explained that Lipa and Perry “are both fans of each other” and are hoping to finally join forces at some point soon.

“So far it’s been an issue of schedules and that Dua was determined to keep ‘Future Nostalgia’ collab-free,” they said. “But now she’s looking to the future and has loads of people she wants to work with.”

Dua Lipa recently revealed that her forthcoming third album was “50 per cent done” and “starting to feel good”.

“It’s starting to take shape. I’m very excited about some of the new songs so it’s always exciting to look forward towards something,” she told Elton John, who she collaborated with on last year’s ‘Cold Heart (PNAU Remix)’.

During an interview with The Wall Street Journal in January, Lipa said that her next record was “still in baby form” and that she was “in no rush” to release the material, but that she has “a lot of it recorded”.

She continued: “It has a vision. It has a name, I think—for now. It’s just been fun experimenting. I’m always going to make pop music, but it has its own unique sound, which is exciting and something that feels like a movement from ‘Future Nostalgia’.”